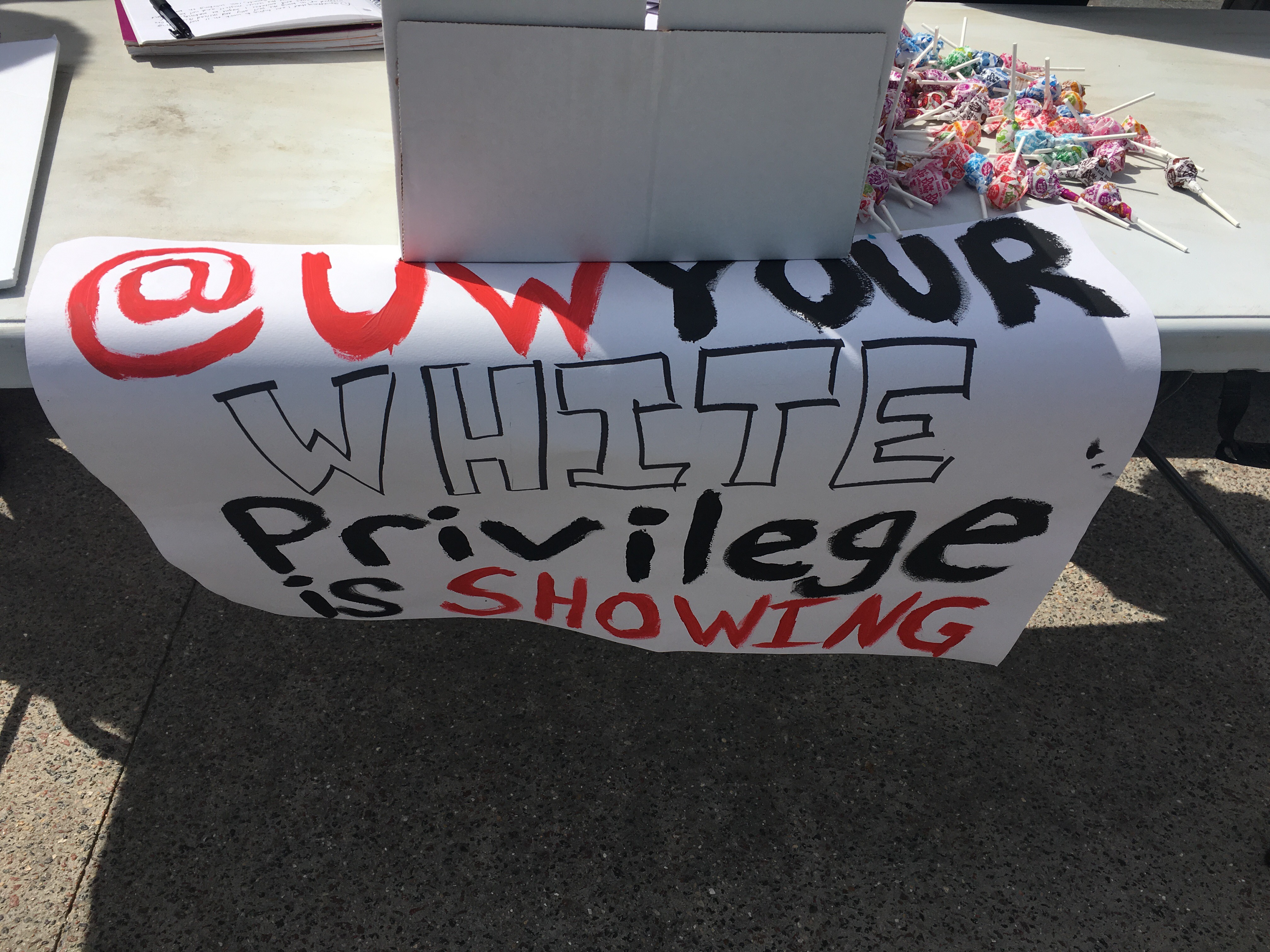 [Madison, Wis…] – Wednesday was a banner day for Trump-haters and white privilege pushers at the University of Wisconsin-Madison.

But it was a bad day for spelling and good taste.

A few students from the university’s controversial “The Problem of Whiteness” course have put together a booklet spelling out what they’ve been taught to believe are the countless transgressions of Caucasians. The students peddled said mini-manifesto Wednesday at UW’s Library Mall.

While the course teaches that “whiteness is a social construction that advantages people identifying as white,” it apparently doesn’t stress spellcheck. The students misspell “privilege” on the cover of their booklet – “white privelage.”

The final class project includes such racially charged declarations as:

“White supremacy is how whiteness is solidified as power throughout all levels of society: individual, interpersonal, cultural, and institutional.”

The booklet includes some basic questions to “ask yourself about whiteness.”

How do you define whiteness?

How does whiteness affect your life?

How does whiteness affect how you experience campus?

In short, the little white book is filled with regurgitated ideas from white privilege “experts” viewed charitably as provocative by some, outright hate-filled racists by others.

At UW’s Union South, the Wisconsin Union Directorate Art Committee is putting on its own demonstration of hate.

Billed as “First 100 Days,” the display is a crude (on many levels) exhibit of Donald Trump-hating student “art.”

One painting of a withered-looking President Trump attempts political symbolism.

“Here we have a somewhat crude portrait of Donald Trump,” artist Mike Lind states in the portrait’s accompanying notes. “The surface is thin, crusty, orange, smudged, and frankly, disgusting. In fact, the painting appears to be all surface – this portrait has very little depth or intelligence, it’s just a façade. Overall, it’s a pitiful, embarrassing excuse for a painting.”

Another painting, a bleak-looking horizon of dark blues and black, is dubbed, “The Sky Is Falling.” The artist, Peg Orcutt, says the painting expresses her “dismay over the results of the 2016 presidential election and my concern for the future of the country.” Orcutt is so concerned she is charging $2,000 for her artwork.

“This image briefly concludes what happened to the Indian tribe. I can’t believe Trump would do anything for economic benefit. I would like all viewers to think about the relationship between humans and nature,” Shi states in the notes.

The painting is priced at $60.

Yes, the exhibit, which runs through the end of the month, is being paid for by your tax dollars. The Wisconsin Union Directorate Art Committee received a total of $17,350 for art-related programs this fiscal year. That’s part of a Wisconsin Union total budget of $778,981, an 11 percent increase over the previous year.