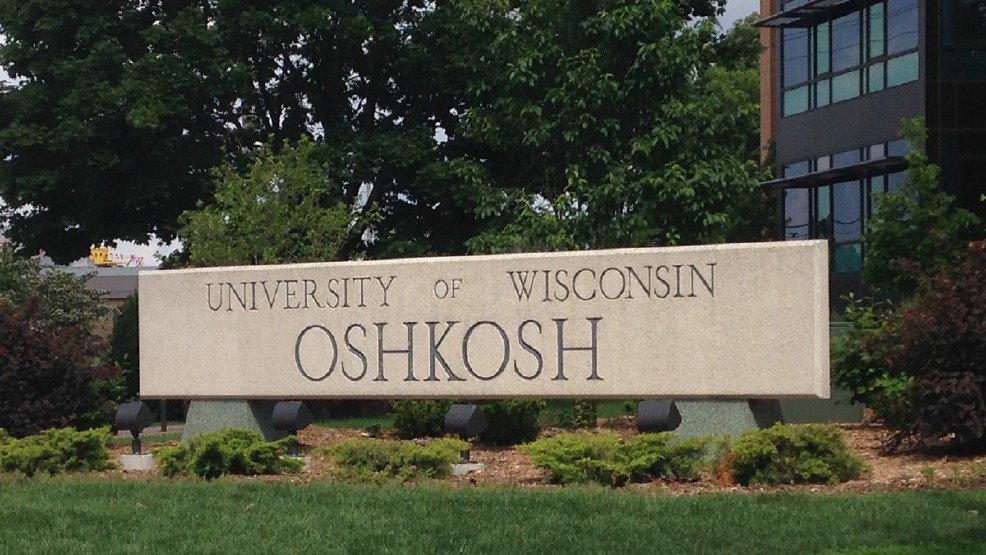 [Madison, Wis…] – As a financial scandal envelopes the University of Wisconsin-Oshkosh Foundation and former university administrators, a UW System official says internal reviews have not found similar problems with the state’s other university foundations.

But one Capitol insider asserts the “Oshkosh problem” is part of a broader, troubling trend, a change of mission among the university foundations driven by chancellors who refuse to take no for an answer.

One thing is certain: Lawmakers like Sen. Steve Nass, R-Whitewater, aren’t convinced the system is telling the full story about the scope of the foundation scandal.

“The system wants to do it all internally,” said Nass spokesman, Mike Mikalsen. “We have chancellors that have issues, and the system does nothing to deal with these guys…There is no control in the system on these chancellors.”

Mikalsen said lawmakers are eagerly awaiting the results of an audit next month into the state’s university foundations for a fuller picture of what has gone down.

Nass has been a vocal critic of what he sees as a potential taxpayer-funded bailout of the troubled UW-Oshkosh Foundation. His spokesman said Nass will hold Attorney General Brad Schimel accountable for any deal that hurts the state’s most important stakeholder.

“The (Department of Justice) has this mentality that the UW Board of Regents is our client. Steve says, ‘No, your first client is the taxpayers of Wisconsin,” Mikalsen said. “This payout has a stench to it.”

UW-Oshkosh’s private fundraising foundation is under water by a reported $14 million-plus on several real estate projects now being investigated by Schimel’s agency. The Department of Justice has been negotiating a settlement on behalf of the Board of Regents. The system is concerned that millions of dollars in school scholarships and other UW-Oshkosh programs could be hit hard should the foundation fail and its assets are frozen.

Nass in a letter to UW System President Ray Cross last week wrote that the Legislature may have to act on a relief package through the budget process, but he warned against pushing a “bailout that benefits the private foundation and the banks/investors involved at the expense of the taxpayers or students.”

In January, the system sued former UW-Oshkosh Chancellor Richard Wells and former Vice Chancellor of Administrative Services Tom Sonnleitner on allegations of funneling millions of dollars in university cash through the private foundation.

Sonnleitner, who retired in January 2016 after 16 years of leading the university’s special projects, has said UW officials previously did not object to his activities “and that he was acting in good faith while pursuing funding for five high-profile development projects,” according to the Oshkosh Northwestern.

Wells retired in January, as news of the scandal was beginning to break.

Marquis said administrators from other system schools have not been found to have guaranteed foundation building projects with university money or illegally transferred university funds into the foundation for real estate projects, as is alleged in the UW-Oshkosh case.

“These are very different circumstances,” the system spokeswoman said.

She pointed to the University of Wisconsin-Platteville Real Estate Foundation as a perfect example of legally functioning foundation partnerships.

In July 2012, the Board of Regents entered into a lease agreement with the Real Estate Foundation, according to footnote 11 of the system’s 2016 annual financial report. Why the information is included in the 2016 report is not clear. The nonprofit received University of Wisconsin System land in Platteville to construct a residence hall.

The state Department of Administration and the foundation then struck a lease deal in June 2013 for UW-Platteville’s use of the reported $22.5 million residence hall and dining facility. The agreement began in August of that year and includes annual rental payments of $2.5 million to the foundation. The lease includes an option to buy the property.

In recent testimony before the Legislature’s Joint Audit Committee, Cross and Regent Michael Grebe, noted that such agreements are allowable under law. They said UW-Platteville foundation is a perfect example and said UW-Milwaukee rents space from its foundation in the university’s research park.

“These agreements were approved by the Department of Administration, and we also take projects through the State Building Commission process as needed.”

While the process may be legal, Mikalsen said the UW-Platteville deal in particular is “messy.” Lawmakers are awaiting the audit, expected to be released in mid-June, to figure out the potential system “entanglements” with the various foundations, he said.

The overarching issue, the foundational problem, Mikalsen said, is that the foundations have become the emergency option for building project funding after the Legislature and the UW System has said no.

“Chancellors aren’t people who like to hear, ‘No,'” Nass’ spokesman said. “These are end runs around the process.”

A 2013 story in the Milwaukee Journal Sentinel explained how UW-Platteville Chancellor Dennis Shields called on the foundation to realize a university development project that would have taken much longer to complete through the normal state building process.

“UW-Milwaukee and UW-Green Bay also have constructed residence halls through university foundations with private money,” the story noted. “It’s a faster, more cost-effective way to build a residence hall because it can be self-supporting with students paying to live there, Shields said.”

But the agreements raise questions about accountability and liability for taxpayers, as is the case at UW-Oshkosh and nightmare student housing projects at UW-Marshfield/Wood County and UW-Baraboo/Sauk County.

In his testimony, Cross said the UW System financial staff performed a query for any payment issued to a foundation. “The query identified 2,072 financial payments from a UW institution to its affiliated foundation over the last seven years.

Mikalsen said foundations were supposed to be created for the benefit of students, particularly to make money available for scholarships. Instead, they are increasingly being used as a way to get around the state approval process. He said the private foundations have been “playthings,” providing “petty cash to chancellors.”

“What we have seen more and more are these leases, buildings, builders not paying their contractors,” he said. “If we allow this to happen, Oshkosh is going to be the first of many more that could go bad … “

University foundation critics say they want to see reforms to the system. They want an end to the possibility of university staff members working for foundations. They want full financial accountability from foundation boards. And they want to end what Mikalsen describes as the “cozy relationships” of chancellors with foundations.

“Some of these foundations are paying chancellors money to do fundraising,” he said. There’s nothig illegal about that, but it certainly creates some perception problems, Mikalsen said.

The Board of Regents has called for more stringent reporting standards. The system now requires that affiliated foundations provide their annual financial statements.

Foundations that receive annual contributions of more than $500,000 must now submit an independent audit, according to the UW System.

Why The District Attorney Stepped Aside

While we’re getting a better picture of what happened in the UW-Oshkosh Foundation scandal, it’s not been publicly clear why the local prosecutor’s office stepped aside from the case.

The state Department of Justice has been looking into the troubled real estate deals between UW-Oshkosh and the nonprofit foundation. Attorney General Brad Schimel’s office reportedly is negotiating a possible settlement on behalf of the University of Wisconsin System Board of Regents, even as the system alleges in a lawsuit that former Oshkosh
Chancellor Richard Wells and former Vice Chancellor Thomas Sonnleitner funneled more than $11 million in UW-Oshkosh funds through the foundation – to help pay for the building projects. System officials also allege the administrators financially guaranteed the foundation-led projects in violation of the law.

Winnebago County District Attorney Christian Gossett tells MacIver News Service that he and his agency walked away from the investigation because of conflicts of interest, perceived or otherwise.

The district attorney’s office has worked closely with the former chancellor and the university in creating a safe zone around the UW-Oshkosh campus. Gossett said his office has also partnered with the university on diversion programs. And Oshkosh’s economics department runs the studies that measure the effectiveness of the programs.

“When I was alerted to the investigation that was taking place I was asked if there would be any conflicts with our office or if it should be referred to the attorney general’s office,” he said. “I told them right away it was something our office should stay off of.”