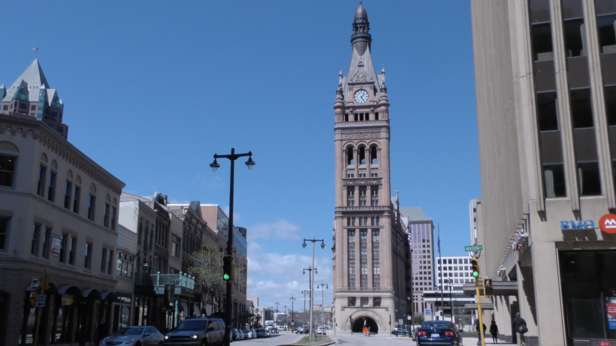 [Milwaukee] Local government debt in Wisconsin is exploding, according to the non-partisan Legislative Fiscal Bureau, because state policies have made borrowing so much easier and more attractive than budgeting.

Unlike school districts, local governments do not need to go to referendum to take out bonds. Also, borrowed money doesn’t count towards levy limits. And so, local officials have come to see bonding as an easy way to plug their budget gaps.

From 2005 to 2015, local debt shot up 30.7%. At the same time, annual debt service payments increased 56.8 percent, according to LFB. Total municipal debt in Wisconsin is around $6.1 billion, according to the League of Wisconsin Municipalities. That comes out to $1,057 for every man, woman, and child in the state.

It’s hard to imagine the problem being any worse than it is in the City of Milwaukee, which has a total annual budget of $1.5 billion. The city is carrying $1.25 billion in outstanding debt, according to its 2015 comprehensive annual financial report. $880 million of that is in city-backed bonds. These amounts don’t include interest payments.

“Long term obligations must always have our attention. Remember, regardless of how low the interest rate is, we always have to pay back the principal,” Mayor Tom Barrett said in his budget address last year.

Over the past six years, shared revenue funding (for the entire state) has held steady at $753.1 million. Fiscal bureau suggests increasing shared revenue to local governments could help address the debt crisis. However, LFB did not estimate how much state funding that would take. The most ambitious option lawmakers are considering for the budget would increase shared revenue a mere 5 percent. That would provide an extra $37.7 million, and again, that would be divvied out throughout the state. This year Milwaukee will receive $219 million in shared revenue, and a 5 percent increase would equal about $11 million.

In his budget address, Mayor Barrett said without more state aid or higher property tax levies, the only way Milwaukee can get its debt under control is to cut personnel and costs. He will have the opportunity to pursue that option when he presents his annual city budget proposal this fall.