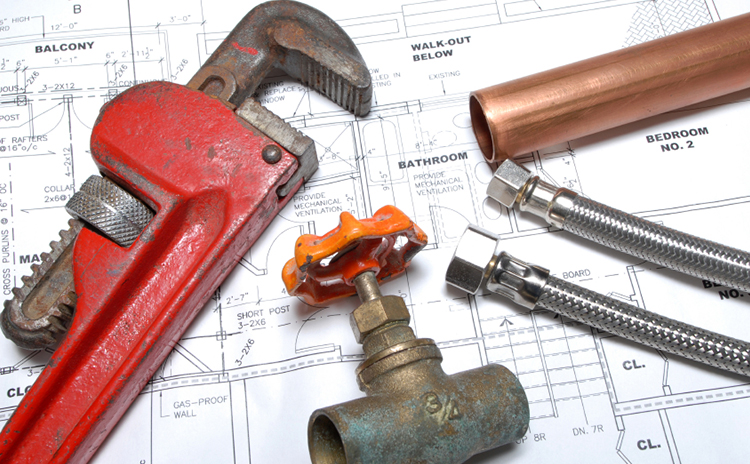 [Madison, Wis…] – Bradford Collins learned the ins and outs of the plumbing trade working on countless residential and commercial jobs for more than a dozen years in Illinois.

At one point he was earning a comfortable living doing remodeling and construction plumbing jobs for Chicago Land’s rich and famous. Collins once worked for a master plumber who taught union apprentices and journeymen the secrets of the state’s intricate plumbing code.

All of that experience, all of that training, and the certification that came with it, amounted to nothing when Collins, 46, moved to Green Bay six years ago to be closer to his kids.

The state Department of Safety and Professional Services told Collins he would have to start all over again in Wisconsin. He’d have to enter an apprenticeship program for five years before he could even think about taking the test to earn his plumber’s license.

So, instead of doing the job on which he built a 14-year career, Collins is working six days a week – at a sausage factory and delivering pizza, to earn close to what he did as a licensed plumber in Illinois.

“That’s why I keep pushing for this,” he told MacIver News Service. “I had a lot more pride in myself as a plumber. I had a trade. I had more of a feeling of accomplishment than I do right now.”

That’s not to say that Collins doesn’t respect and appreciate the work he does in the factory as a line operator. But he doesn’t understand why a licensed plumber familiar with some of the most rigorous codes in the country can’t ply his trade in the Badger State.

Actually, Collins knows all too well the reason for his professional displacement: Special interest protectionism. Unions and the keepers of the trade can keep out those they see as undesirables – nonunion, out-of-state plumbers, who would dare to compete with members of the state’s plumbing club.

“Getting a license in this state has been a nightmare,” Collins said.

Wisconsin’s occupational licensure system has long rewarded special interests over the interests of workers like Collins. Of course they do it all under the premise of protecting consumers, but occupational license reformers like Rep. Andre Jacque will tell you that such talk is cheap – even as the protectionism behind it is costly to Wisconsin’s economy, its workers, and its entrepreneurs.

The De Pere Republican recently requested a Joint Finance Committee motion requiring the Department of Safety and Professional Services to allow experienced plumbers like Collins to take a journeyman plumber examination and obtain a license upon successful passage. Rep. Dale Kooyenga, R-Brookfield, a JFC member, made the motion, which easily passed.

Under the rule change, candidates must have completed a plumbing apprenticeship in another state and maintained a license in another state as a journeyman plumber for at least five years without any disciplinary action taken against them by the state. Collins easily meets the standards, according to Jacque, who viewed the plumber’s certificates and licenses from Illinois.

“This gives somebody the opportunity to demonstrate proficiency, somebody who has already had relevant experience proven in another state,” Jacque said. “It’s not automatically granting a license. That’s all this guy ever asked for. He’s said, ‘I know I can pass this test. I know this stuff forwards and backwards. Just give me the chance to prove my knowledge.'”

The lawmaker, a member of the Assembly Committee on Regulatory Licensing Reform, said he learned of Collins’ licensure trouble and pushed for the change during a legislative session that in large part has been defined by regulatory reform.

“I realized this guy was getting a raw deal,” Jacque said. “I mentioned to some students from my district who were touring the Capitol that this would be one of the things discussed by the (Joint Finance) committee. I told them that it would be like if they completed fifth grade and moved to Minnesota or Illinois and were told they had to start all over in kindergarten again.”

As Collins and Jacque work to lift the yoke of government regulation off the shoulders of workers, the so-called “Fight for $15” crowd was preparing to protest – again – in a campaign that is costing jobs.

“We’ll be in the streets in full force, joined by major resistance groups around the nation, as shareholders arrive for their annual meeting and McDonald’s headquarters,” wrote Devonte Yates, who identifies himself as a Milwaukee-based McDonald’s employee and organizer of the big labor-led effort demanding a $15 per hour minimum wage nationwide.

“There’s no chance in hell the billionaire class will miss us as thousands march to demand $15/hr and union rights,” Yates wrote in an appeal to left-wingers to board several Milwaukee buses Monday bound for the Chicago protest. The national protest is scheduled for today.

“We cannot allow corporations like McDonalds to continue violating basic workers’ rights to boost profits,” Larry Cohen, chairman of the socialist, Our Revolution Board told the left-wing Common Dreams publication earlier this month.

What the Fight for $15 army likes to leave out is the fact that the campaign is taking paychecks away from the people they are supposedly serving. A study earlier this month by the District of Columbia’s Office of Revenue found that as many as 1,200 jobs could be lost by 2020 thanks to D.C.’s $15 minimum wage. The mayor’s “Fair Shot Minimum Wage Act” mandates the minimum wage increase by 2020.

As the Employment Policies Institute noted, the Congressional Budget Office in 2014 “tossed cold water on the unsupported idea that new mandates on low-margin employers won’t carry consequences.” CBO estimated some 500,000 jobs would be lost nationwide in the wake of a $10.10 minimum wage.

A University of California-Irvine study found that each 10 percent hike in the minimum wage was followed by a 1 percent to 2 percent drop in youth employment.

The left has tried to paint victories in marginal losses.

A study by the University of Washington late last year on Seattle’s minimum wage hike to $11 an hour – on a path to $15 hourly by 2021 – found any gain for low-wage workers was the result of Seatlte’s booming economy.