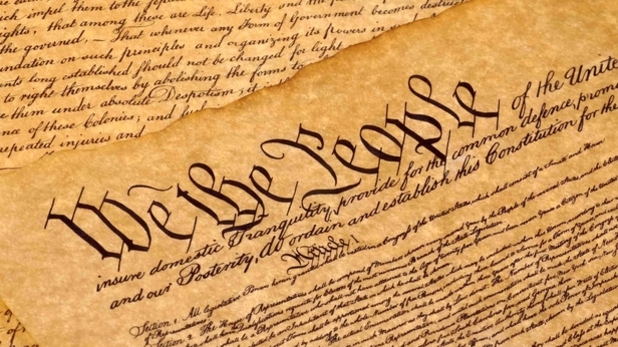 The Assembly Committee on Federalism and Interstate Relations voted 5-2 in approving two resolutions and a bill aimed at setting the requirements for Wisconsin’s involvement in a national convention of the states to amend the U.S. Constitution.

State Sen. Chris Kapenga’s original measure specifies that Wisconsin’s participation in an Article V Convention would be to support a federal balanced budget amendment – and nothing more. The Delafield Republican has said Wisconsin and other states should use the mechanism provided in the Constitution by the nation’s founding fathers to force Congress to be fiscally responsible.

A substitute amendment authored by Rep. Kathleen Bernier, R-Lake Hallie, directs the Legislature and the governor to appoint nine delegates to attend the convention as representatives, should the Legislature pass a joint resolution applying to Congress for an Article V convention. The speaker of the Assembly and the president of the Senate would each appoint three delegates; the governor would appoint one; and the remaining two delegates would be chosen by the minority leaders in the Assembly and Senate.

The substitute measure provides protections from what critics fear could turn into a “runaway convention,” opening the door to undesirable amendments to the Constitution. Bernier’s amendment allows the immediate dismissal of any delegate who “votes or takes any other action at the convention to consider or approve an unauthorized amendment.” An unauthorized amendment is any proposal outside the scope of the application or the call of the convention.

And the Legislature would also be charged with creating a “committee of correspondence” that would effectively be the delegates’ keeper.

States may call a convention to craft constitutional amendments under Article V of the U.S. Constitution, but it requires at least 34 states to do so. It takes three-fourths of the states, 38, to ratify any proposed amendment that would come out of such a convention.

Amendments, to this point, have been the domain of Congress. “Congress, whenever two thirds of both houses shall deem it necessary, shall propose amendments to this Constitution,” Article V states. But the founders in the same article gave the states the power to do the same.

As things stood Wednesday, 27 states have approved Article V resolutions calling for a federal balanced budget amendment, according to the Balanced Budget Amendment Task Force. The number has fluctuated in recent months, with the addition and subtraction of states.

Rep. Michael Schraa, a member of the Federalism committee, said the nation’s founding fathers were brilliant enough to recognize the future size of the federal government could become problematic. At nearly $20 trillion – representing approximately $165,000 for every taxpayer in the country, the national debt is a big problem, the Oshkosh Republican said.

“This (Article V Convention) may never come to fruition, but I think it sends a message to our federal government that the states are fed up and the states have rights,” Schraa said.

Committee member Rep. Jimmy Anderson, D-Fitchburg, said the call for a states-led balanced budget amendment is a Trojan horse with a nice coat of paint.

“I think this is a way for people who have misguided views on our economy and how it should work” to “dismantle” federal programs like Social Security, Anderson said. “I can only hope the states become wise to the fact that what they are doing is putting our country at great peril.”

Anderson’s admonition earned the applause of more than a dozen Article V Convention opponents in attendance.

Ann Griffin of Brown Deer attended Wednesday’s committee meeting. As a Democrat, Griffin says she worries about a runaway convention in an era of Republican control.

“They are taking more power at a time when we should be working together during these divided times.”

Committee member Samantha Kerkman, R-Salem, said the legislative process has been thoughtful, taking into consideration the comments of opponents and supporters.

“Today we are setting up a pathway to go forward,” Kerkman said.