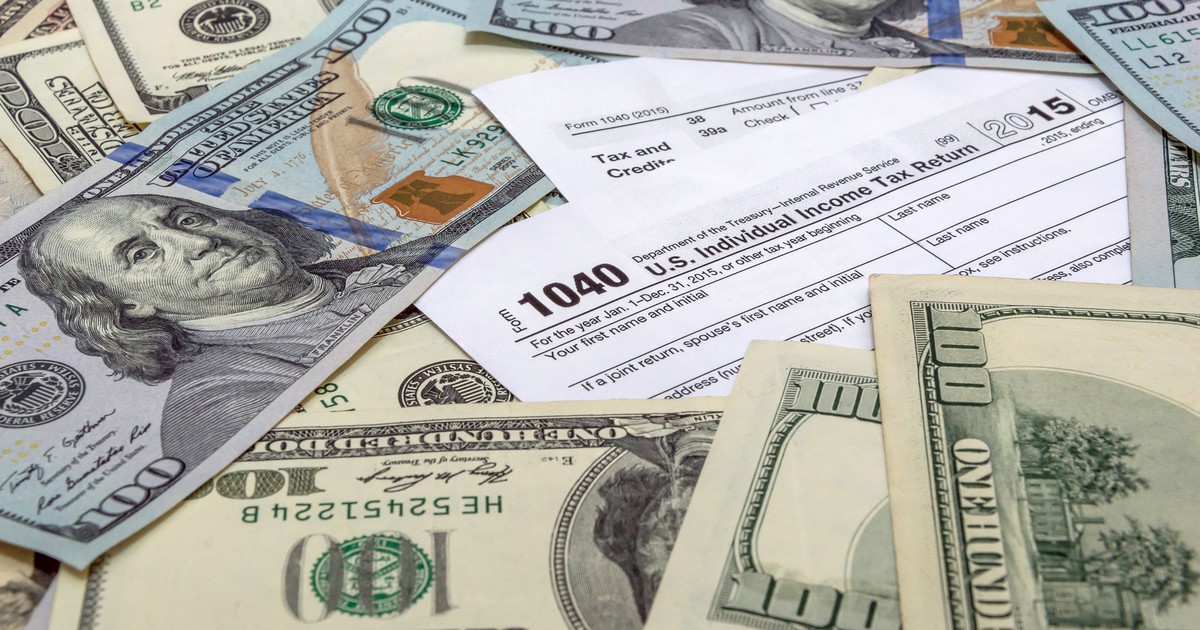 It’s that time of year when Americans across the country break out the lawnmowers and pruning shears, ready for life to spring into the trees and flowers, and ready for the chores that come with keeping a tidy yard. It’s also tax day, a time when Americans come together to shovel their hard-earned dollars down the bottomless pit of our country’s wildly overgrown federal government.

All across the country, productive, hard working citizens line up to be shaken down, lest a single nickel of their contribution to the country’s bloated $4.27 trillion-a-year spending spree goes uncollected by the IRS.

Now that the kids have finished finding their Easter Eggs, it’s the adults’ turn to go on a hunt – for the missing chunk of their paycheck that vanishes into thin air every payday.

Some people will get money back, of course, and most of them celebrate the supposed “windfall.” In Wisconsin, the average refund is about $2,400. Nationwide, 111 million Americans got a refund in 2015 totaling more than $317 billion.

But keep in mind, that check from the IRS is money you overpaid in taxes throughout the year – you and millions of other taxpayers simply loaned it to the federal treasury for the year at a zero percent interest rate. It’s quite the deal for the feds, just don’t try pulling that scam on your fellow citizen or you might end up in the slammer.

Others are stuck cutting a check to the treasury, often because they were either too industrious or too poor. Did you make the mistake of withdrawing cash from your retirement, possibly because of a financial hardship? Expect a stiff 10 percent penalty from the IRS on top of regular income taxes.

Or, maybe you made the mistake of not being able to afford health insurance. These days, thanks to Obamacare, you’ll get nailed for that trespass to the tune of $470 on average in 2015. The penalty is designed to increase over the years. Only a DC bureaucrat would think penalizing someone for being broke is good or fair policy.

If you made the mistake of working too hard, such as by putting in overtime, you also may find yourself cashing out your emergency savings account and sending it to Washington. If your regular wage is $20 per hour, and you work an eight hour overtime shift, then on average you’d be forking out 45 percent of that hard-earned overtime pay – $114 – to Uncle Sam, according to the CATO Institute. If you earn a bonus, expect the same treatment by our friends at the IRS.

Maybe you put in extra hours on the side as an independent contractor. For your extra effort, the IRS will be only too happy to soak you for not just regular income and payroll taxes, but also the employer match, an extra 7.65 percent. Better sack away half of that check and pray your car’s transmission holds out a while longer.

Perhaps you’re the unsuspecting owner of a small business who made the mistake of hiring someone in 2016. Hopefully you paid all 7.65 percent of their earnings in withholding taxes and complied with all the other onerous burdens the IRS puts on businesses. Just don’t slip up by making too much profit or you might spend some quality time with an IRS auditor.

Then of course there’s the absurd complexity of the Internal Revenue Code. In a futile attempt to comply with the 70,000 pages of tax code and related rules and regulations, many people hire professional tax preparers, who in turn take a chunk of their refund – in effect a “tax code complexity surcharge” that goes straight to places like H&R Block.

On the campaign trail, Bernie Sanders and other liberal politicians say there’s no reason someone who works full-time should have to live paycheck to paycheck. They then peddle big government schemes as the solution to everything from student loan debt to rising electric bills.

Maybe if government didn’t take so much in taxes in the first place, only to waste it on crony giveaways and bloated bureaucracies, those working people Sanders and friends claim to champion would be able to afford their student loans and utility bills.

But hey, there’s always welfare. Just be careful not to qualify as “rich” by left-wing politicians – not that they’ve ever defined what amount of income they think makes you “rich.” Slapped with the depressing reality of their tax bill, middle class Americans would be right to suspect that the left secretly considers them to be “rich” using their enigmatic standards.

When the income tax was enacted in 1913, the entire tax code was 27 pages long. The income tax at first only applied to one percent of the income of the top one percent of income earners. Nowadays, even lower middle class people must work the equivalent of three or four months of every year before the fruits of their labor are really their own.

Like your lawn, the natural direction of government is to grow bigger and more tangled, sucking up more and more resources. This tax day, let’s demand politicians chop government down to size so hard work and success actually pay off.