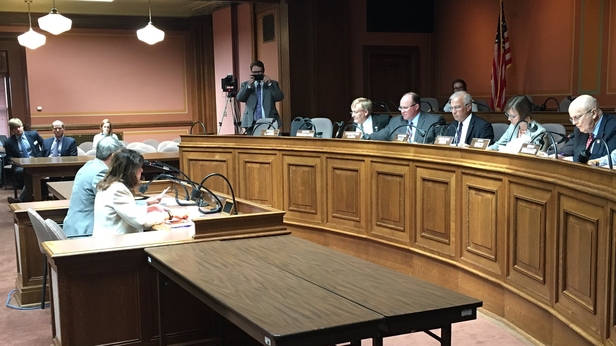 [Madison, Wisc…] A bill repealing what’s left of the state’s prevailing wage law generated four hours of testimony by speakers on both sides of the issue at a hearing of the Senate Committee on Labor and Regulatory Reform on Monday.

The bill, Senate Bill 216 (SB 216), would eliminate the prevailing wage requirement for state projects. The prevailing wage law, which ties wages on taxpayer funded construction projects to inflated rates paid by unions, was repealed for local projects in the 2015-17 state budget in a compromise.

For example, taxpayers in the Village of Grafton were forced to pay an additional $260,000 for repainting and maintenance of two water towers after the work had already been finished. They were also required to pay a nearly $60,000 fine to the Department of Workforce Development for failing to abide by the convoluted and archaic law.

While the law was repealed for local projects, it still applies to projects funded by the state. SB 216 would get rid of the law at the state level, too.

Opponents of the bill, including the Wisconsin American Legion, said the bill would reduce workplace safety, cause veterans to lose work, result in lower quality work, and give out-of-state contractors an advantage in bidding on Wisconsin projects.

Several of the bill’s critics also took shots at legislators’ salaries, benefits, and workload in talking about the kind of work construction crews do.

Rep. Rob Hutton (R-Brookfield), the bill’s co-author, said repealing prevailing wage would actually create more construction jobs by reducing the cost of doing a project. It would also open opportunities to work on state projects for the 80 percent of Wisconsin’s construction workforce that isn’t unionized.

Earlier in April, leaders of the Joint Finance Committee pulled prevailing wage repeal out of Governor Walker’s budget proposal along with 82 other non-fiscal policy items. That forced the measure to be drafted and given hearings as standalone legislation. Several speakers cited JFC’s action in speaking against the bill, saying the move indicates repeal won’t save any money.

However, a 2015 study by the Wisconsin Taxpayer Alliance found that Wisconsin’s state and local governments could have saved $300 million on vertical construction projects alone in 2014 had it not been for the state’s prevailing wage law.

The savings come from letting the market set wage rates rather than formulas determined by government that lead to inflated wages. For example, in Waukesha County, Wisconsin’s prevailing wage law requires taxpayers to pay flaggers $23.55 per hour in wages and an additional $20.03 per hour in benefits. That is the equivalent of earning $96,646 a year if they worked full time for the full year.

Sen @Vanwanggaard – some jobs can't be done b/c of inflated costs under #PrevailingWage. How inflated are costs? Here's an example: pic.twitter.com/QGg8mSxmhp

The Senate’s Labor and Regulatory Reform committee will hold a vote on the bill in the coming weeks.