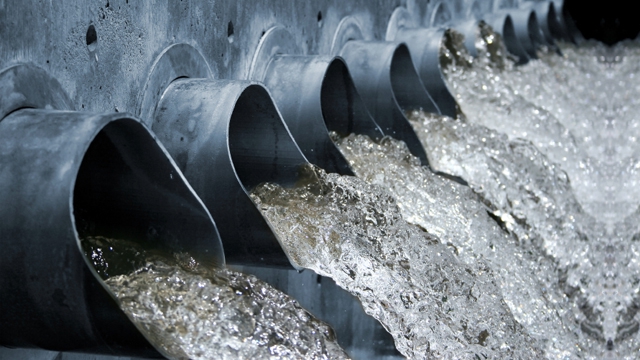 Just in time for Earth Day, the Great Lakes Compact Council reaffirmed their decision to allow the City of Waukesha to divert an average of 8.2 million gallons of Lake Michigan water per day. Unless the diversion is stopped in court, a pipeline will be built to Oak Creek. The water, 100 percent of it, will be returned to Lake Michigan via the Root River.

It’s good for the 71,000 residents of Waukesha. The city is under a court order to comply with the Environmental Protection Agency’s limits on radium in the drinking water. Waukesha draws its water from a deep aquifer. As the city drinks deeper from the aquifer, the water is more contaminated with radium and other impurities.

To comply with the radium order, the city mixes in water from a shallow aquifer. However, that’s not sustainable in the long run. As the city relies upon the shallow aquifer more, the surface water features of Waukesha County, the rivers and lakes, will be adversely affected.

In addition to all of those problems, by relying upon the deep aquifer the city is actually diverting 1.6 million gallons per day that would flow through to Lake Michigan. After the city uses and treats the water it consumes, the city currently sends the water down the Fox River and into the Mississippi River Basin.

When the Compact was passed with bipartisan support in 2008, it was understood that Waukesha would apply for the diversion under that exception. Environmentalists even used that exception to help sell the Compact to skeptical legislators. To get the diversion approved, Waukesha needed to demonstrate that it had no viable alternative, that it would return the water to the source, and it would get the unanimous approval of the Great Lakes governors. In June of last year, the city’s application for a diversion was finally approved.

Now the same environmentalists that touted the exception to the Great Lakes Compact are trying to stop Waukesha from getting water from Lake Michigan.

A group called the Great Lakes and St. Lawrence Cities Initiative filed an appeal last August of the Great Lakes Compact Council’s decision. That appeal was rejected Thursday. Now the organization is considering its legal options, which was really the point of the appeal.

The Great Lakes and St. Lawrence Cities Initiative is ignoring all of the environmental benefits of the Waukesha diversion. In addition to solving Waukesha’s radium problem, the diversion will allow the deep aquifer to recharge. Waukesha will not have to dig the additional shallow wells that will harm the water levels of lakes and rivers. Sending 100 percent of the water will not only keep Lake Michigan’s water levels the same, but the lake will actually benefit from the additional water that flows through the deep aquifer without interruption. Finally, the return from Waukesha to Lake Michigan will be an environmental benefit to the Root River.

Every one of the The Great Lakes and St. Lawrence Cities Initiative’s concerns about the diversion have been answered. Every concern expressed by the environmentalists has been answered. All that’s left is empty liberal animus towards conservative Waukesha. They should focus their efforts on some other protests, like saving the smelt.

Even Milwaukee Mayor Tom Barrett has said Waukesha is in compliance with the Compact. After opposing Waukesha’s application for most of the process, Barrett now wants to sell water to Waukesha. Of course, he’s too late and Oak Creek is benefitting instead.

If the environmentalist groups that support stopping the diversion can’t see the environmental benefits, then perhaps someone should remind them the Lorax frowns on cutting down trees for quixotic legal briefs.