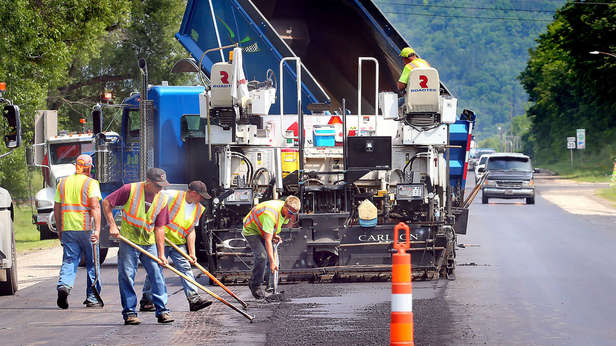 [Neenah, Wisc…] The economy has been good to Wisconsin’s transportation fund this year, and the trend is expected to continue through the next budget, Governor Scott Walker announced in Neenah on Thursday.

Gas tax, vehicle registration, and railroad collections are up, giving the DOT an extra $13 million this year and putting it on track to collect an extra $25 million over the next two years. Although this increase was unexpected, revenues to the transportation fund have consistently increased annually since the last time the gas tax was increased in 2006.

In addition to increased revenues, the DOT is also realizing significant savings in contract negotiations. This year’s bids (internally called “contract lets”) have come in at $93 million, or 12 percent, less than originally estimated. Over the previous five years, bids had consistently come in higher than expected resulting in, what the DOT describes as, “negative let savings.”

The DOT plans to put $65 million of the “let savings” towards 21 new projects throughout the state. The biggest one is US 10/441 in Neenah, priced at $23.5 million. The other $27 million is going towards current projects.

“The redirected let savings and increased revenue forecasts are great news for the state,” Walker said. “We’ll do more projects and bond $44.8 million less than planned. We are working and winning for Wisconsin.”

In the past, let savings were simply spent by the DOT’s regional offices without direct oversight from Madison. Sec. Dave Ross has changed that policy and directed the new disbursement.