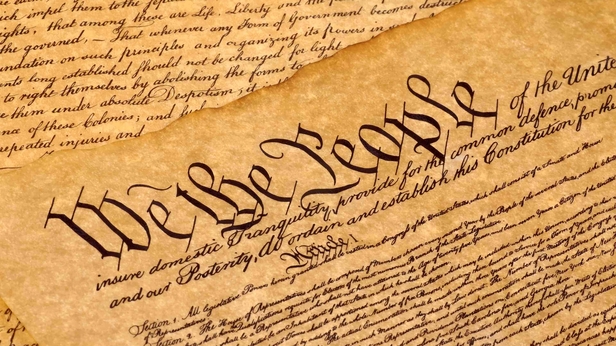 [Madison, Wis…] – A resolution that could make Wisconsin the 30th state to call for an Article V convention in pursuit of a federal balanced budget amendment appears on track for a vote next month on the Senate floor, multiple sources tell MacIver News Service.

Sen. Chris Kapenga, the resolution’s author, said sponsors are working through the political process, trying to bring reluctant members along.

“We are discussing right now to see if we can get it on the May calendar,” the Delafield Republican said Tuesday. “A couple of members have concerns. The reality is politics are playing in, which is part of our process.”

Kapenga sounded confident that the resolution will make it to the Senate floor and that it will pass.

While Dems generally hate the idea of a balanced budget amendment and employing the never-used Article V mechanism to do so, Kapenga’s bigger challenge is selling his specialized bill to some of his fellow conservatives.

States may call a convention to craft constitutional amendments under Article V of the U.S. Constitution, but it requires at least 34 states to do so. It takes three-fourths of the states, 38, to ratify any proposed amendment that would come out of such a convention.

Amendments, to this point, have been the domain of Congress. “Congress, whenever two thirds of both houses shall deem it necessary, shall propose amendments to this Constitution,” Article V states. But the Founders in the same article gave the states the power to do the same.

Christian Schneider may be among the more vehement of Article V critics. In a recent piece, the conservative columnist for the Milwaukee Journal Sentinel colorfully summed up the trepidation expressed by some on the right.

“…(C)racking open the Constitution in 2017 could be as horrifying as when the Germans cracked open the Ark of the Covenant at the end of (the movie) ‘Raiders of the Lost Ark,’ Schneider wrote. “Once you’re inside, there’s no telling what you’ll find.”

The fear from the right and left is that invoking the constitutional power could unleash a “runaway convention.”

Democrats like Assembly Minority Leader Peter Barca of Kenosha insist Americans’ rights could be “up for grabs” at a constitutional convention.

“These are unsettling times and there is probably not a worse time to have a Constitutional Convention in our nation,” Barca told the Associated Press last month.

Iron-boned conservative groups such as the John Birch Society and the Eagle Forum have, in this case, joined left-wing groups, although in separate campaigns, in fighting the Article V movement.

But liberals, too, have jumped on the Article V bandwagon for a cause they hold dear: overturning the U.S. Supreme Court’s Citizens United ruling that widened the gates on campaign finance and political speech.

Schneider of the Milwaukee Journal Sentinel laid out what he and other conservatives see as the potential perils of the convention.

“…Republicans would put at risk all the other existing amendments that have defined America for centuries,” he wrote. “Just within the past three years, Senate Democrats introduced a proposed amendment that would have drastically altered the freedom of political speech provided by the First Amendment.”

Kapenga asserts the anxiety is unfounded. His resolution specifically calls for a convention on a federal balanced budget amendment – and nothing more.

Kapenga has introduced a separate measure requiring Wisconsin convention delegates to faithfully follow the rules laid out last summer by the Assembly of State Legislatures.

While a separate conservative-led movement calls for expanded amendments to rein in the power of the federal government, those who worry about runaway federal spending say a balanced budget amendment is of primary concern.

“It’s immoral for one generation to borrow and spend beyond its means and leave the bill to the next generation,” Scott Rogers, director of the Balanced Budget Amendment Task Force, told the New York Times. Representatives from the Task Force did not return MacIver News Service’s request for comment.

That’s why he’s confident his Article V resolutions will move forward in the days ahead.

“No one looks at the federal debt and says it’s not a big deal,” he said.