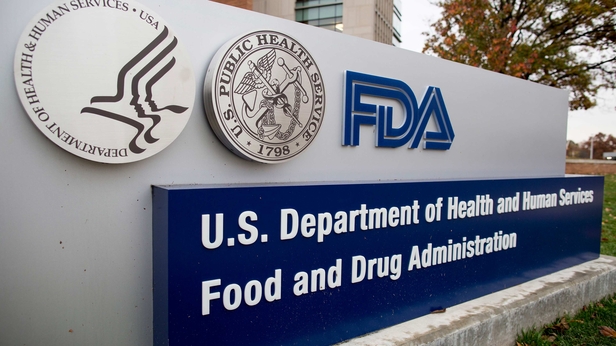 He served for three years, became a Ranger, and then retired to go to college and get started on the rest of his life. In 1997, he was commissioned back in, this time as an aviator. He flew scout attack helicopters through some very dangerous places over the course of three combat tours that took him to Iraq and Afghanistan, rising to the rank of lieutenant colonel.

In January 2015, he mustered out for good, becoming a partner in a Texas-based firm owned by his brother and two friends where his wife worked as a salesperson. “They came to me and asked for my help starting up a direct-to-consumer e-liquid e-commerce business. E-liquid for vapers, made to order,” he tells me with a chuckle.

When Turner and the others started what became the successful Vapewild brand, they had just 30 employees. The concept was a relatively new idea in the vaping business and the brand took off like a rocket. By the end of 2016, they had grown their operation to more than 320 employees, a number of them combat veterans, spread across two facilities located around Dallas, Texas, plus a four-person operation in Ireland acting as a fulfillment center for European customers. The product was all manufactured in the United States. Everything was going great. Then the roof fell in.

Arguing it had the authority to do so under the federal Tobacco Control Act – by which the U.S. Food and Drug Administration is empowered to take steps to cut down on teen smoking – the FDA adopted regulations bringing the entire vaping sector under its regulatory purview. As it now stands, anything vaping-related not on the market before February 15, 2007 must be submitted to the agency for its approval.

“They placed regulations on us that imposed pretty major hurdles on our ability to stay in business. We spent over $100,000 just on registering the company and the products as they demanded and that was before we had to deal with the pre-market tobacco application,” Turner says. “Anything we made had to be subjected to a rigorous, cost prohibitive longitudinal study we would have to commission and pay for. It would cost millions,” money the small but prosperous and growing business just didn’t have.

In addition to being cost-prohibitive, Turner labeled the studies the FDA was demanding as time-prohibitive.

“You can’t capture seven years of data in the year and a half you had to do the study,” Turner said. “Even if we did everything the FDA is telling us to do, they have one year to process the results. If they don’t get to it within that time, we’d end up out of luck and out of business with no appeal and no place to turn.”

Is this intentional on the FDA’s part? Who knows? When you look at the difficulties Turner’s company is facing together with the fact most vaping products now on the market, indeed the entire industry, almost didn’t exist before 2007, the agency’s agenda becomes suspect. And all this despite vaping being possibly the best way to achieve the Tobacco Control Act’s stated goal of procuring reductions in the level of teen smoking. The data from the National Youth Tobacco Survey shows that as teen experimentation with vaping has grown over the last few years, youth smoking has experienced the largest decline in the survey’s history.

In people terms, this regulatory mess is a nightmare from end to end. It’s potentially depriving smokers from having access to the only thing keeping them from picking up a cigarette. Countless new companies involved in the sale or manufacture or distribution of vaping-related items like Vapewild may move offshore or worse, just close.

“As a result of all this, of all the uncertainty regarding whether we can get these regulations repealed or even changed, we’ve already had to down size, let some of our people go, and start work growing our international business out of our location in Ireland,” Turner says. “We didn’t want to do that. We had to.”

“I’m going to have to move all my operations overseas and let hundreds of people go just to stay in business because of the FDA. Just because of a single government regulation,” he says. “The FDA left us with no choice. We want to be an American business that hires American workers.”

The bureaucrats inside the FDA, though, apparently don’t care. They continue to move forward with their efforts to effectively kill an entire industry. There are solutions being floated on Capitol Hill. Wisconsin Republican Sen. Ron Johnson is particularly exercised about the problem and is working hard to produce meaningful changes.

Hopes are high that on the other end of Pennsylvania Avenue, President Donald J. Trump will step up to save these businesses and jobs. It remains to be seen if his nominee to lead the FDA, Scott Gottlieb, will make it a personal priority to provide relief to Turner and people like him who own vaping-related business and help ex-cigarette smokers continue to be able to find relief through alternative technology.

America can ill afford to lose what has quickly become an almost $3 billion a year industry. The people Turner has working for him in Texas, many of whom are combat veterans hired because, as he says, they’ve “proven themselves under the toughest conditions most anyone will ever experience and, to handle rapid commercial growth you need people who have come through tough situations successfully,” can ill afford to lose the jobs he and his partners hired them to do. But because of the FDA, the layoffs have already started.

“One of the things our company takes pride in,” Turner tells me, “is that it’s bigger than any one individual. Our guys and gals working here, specifically the veterans, understand that and know that’s how we roll. We look out for everyone. It’s our corporate ethic. It’s a big part of what’s made us successful. And that resonates well with our customers.”

If only the Food and Drug Administration felt the same way.