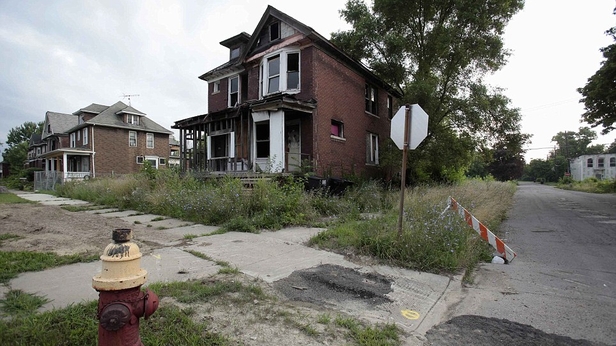 The following column originally appeared in The Hill.

These laws were once used to target and stimulate minority private sector growth. Changing that law is not likely on the list of to-dos for a new 2017 Republican administration despite its stated interest in embracing support in minority and impoverished political places.

Could this be the political charge into communities long thought lost to Republicans?

Could this become the “doable” Republican agenda item that soundly answers the pre-election demand of “What have you got to lose” to minority and poor communities around the United States, asking them to further support a Republican candidate through an invitation back to an American private sector they were told was beholden to the American one percent and as such, of no use to them?

The EZ concept arose out of an effort to encompass a geographic area in which policies are implemented to encourage economic growth and development. This enterprise zone concept was brought to the forefront of the U.S. policy arena in a bipartisan effort by two former New York congressmen, then Congressmen Jack Kemp and Robert Garcia.

The early idea generated considerable support among conservatives readily because it was based on free-market principles of private investment, reduced regulation, and no large-scale public spending.

However, it was Democratic President Bill Clinton who further advanced this concept by creating Empowerment Zones and Enterprise Communities for highly distressed urban and rural communities. President Clinton used a combination of grants, tax credits for businesses, bonding authority and other benefits and passed the Empowerment Zones and Enterprise Communities initiative of August 10, 1993.

Then sitting President Clinton also referred to the use of zones as a “reformation of affirmative action.”

The final product was indeed a zone of sorts, however it suffered from standard pro-government twists and tape that arguably eliminated any true liberation of the free market in the zones themselves.

Since then, EZs have limped forward with extensions of tax credits and have been renewed every so often through piecemeal legislative efforts.

One can only wonder what would be the political result of a 2017 private sector Republican President embracing a pro-private sector initiative with…corporate private-sector buy-in and support?

Would this be a radical step toward economic healing and growth in often heavily populated minority communities?

What affect would President Trump have on companies if he spoke toward better chances at federal contracts and even more favorable taxes for any company doing business in economically blighted communities often a few close miles away from major corporate facilities?

Would corporate America step up and step into the zone?

Yes and they would publish it particularly if EZs were reworked into a truly pro-free market focus.

Economic inclusion, especially under law, is race neutral, and can steer clear of the sticky politics which could derail such efforts. The Center for International Private Enterprise defines Economic Inclusion as follows:

Economic inclusion refers to equality of opportunity for all members of society to participate in the economic life of their country as employers, entrepreneurs, consumers, and citizens. EZs can avoid the political problems arising on the right by soundly supporting, advocating, promoting and bragging about neutral EZs that would harness the might of the American private sector to serve the economic least fortunate.

Disenfranchised Americans could first-hand recognize the effects of proper deregulation policy, American ingenuity and how they too can participate.

EZ’s can be justified and also defined by economic measures including but not limited to factors such as unemployment, income, and percentage of government assistance recipients. See Adarand Constructors, Inc. v. Peña, 515 U.S. 200 (1995).

Federal contracting carrots for businesses willing to enter the zone, set up shop or otherwise work in the zones could radically change the political landscape making the private sector the answer it has always been, not the modern day scapegoat some want it to be.

EZs were birthed by a prominent Republican Congressman in a bipartisan effort furthered by a sitting Democratic President, then politically sidelined with attacks on the private sector these past few years. EZs, if seized and tweaked by this Administration, could potentially redefine the parameters of minority politics for a generation to come. Perhaps President Bill Clinton was right in saying “No amount of affirmative action can create opportunity where there was none.”

Perhaps this time, care needs to be taken to not saddle EZs with an over-reliance on community power brokers who may feel threatened by a rebirthing of private sector independence in their communities? Instead, EZs should be overhauled to give true meaning and freedom to participants to economically heal our communities.

This opportunity to lead is ripe and waiting for the Trump Administration. It is also a glaring political opening into minority and impoverished communities tired of decades of failed promises. I suppose the question for the Administration now becomes, “what have you got to lose?”

Gerardo (Jerry) H. Gonzalez is a pro-free market advocate and a board member of Wisconsin based think tank MacIver Institute, which promotes free markets, individual freedom, personal responsibility and limited government. He is managing partner of Gonzalez Law, LLC, located in Arizona and Wisconsin.