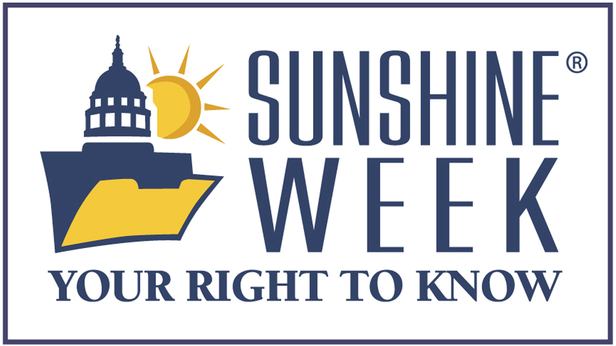 It’s Sunshine Week, an annual celebration of government transparency and accountability, a topic of great importance to all Wisconsin taxpayers. As part of Sunshine Week, the Wisconsin Freedom of Information Council sponsors the Opee Awards to recognize those who work to keep government honest.

As a past winner of this award, the MacIver Institute knows the importance of keeping government honest – and we wish to recognize those who promote transparency in government.

It’s heartening that Gov. Walker recently expanded last year’s efforts to make state government more easily accessible. During Sunshine Week last year, Walker ordered state agencies to track records requests, set up accountability dashboards, and set limits on how much agencies can charge for open records requests and how long they can take to fulfill them.

Walker’s recent executive order builds on last year’s efforts by ordering state agencies to identify which records are most commonly requested and make them publicly available without a records request. His order also expands agency dashboards that report an agency’s responsiveness, among other important steps toward a more open, efficient government.

MacIver also salutes two Opee Award winners in particular, who worked with our friends at the Wisconsin Institute for Law and Liberty (WILL) and Watchdog.org to expose government misconduct.

One is Citizen Openness (Copee) Award winner John Krueger who, assisted by WILL, sued the Appleton Area School District for denying him access to certain meetings discussing district curriculum. The case has now moved on to the Wisconsin Supreme Court.

Another is Whistleblower of the Year (Whoopee) Award winner Ronald Klym, a federal employee who blew the whistle on the gross incompetence taking place in a Milwaukee disability office. Watchdog.org reported the story. Klym was allegedly the subject of significant retaliation – including being fired – for exposing the misconduct at the office.

“Now, more than ever, protecting Wisconsin’s traditions of open government depends on the courage and initiative of individuals,” said Bill Lueders, president of the Wisconsin Freedom of Information Council. “We saw a good deal of that in 2016.”