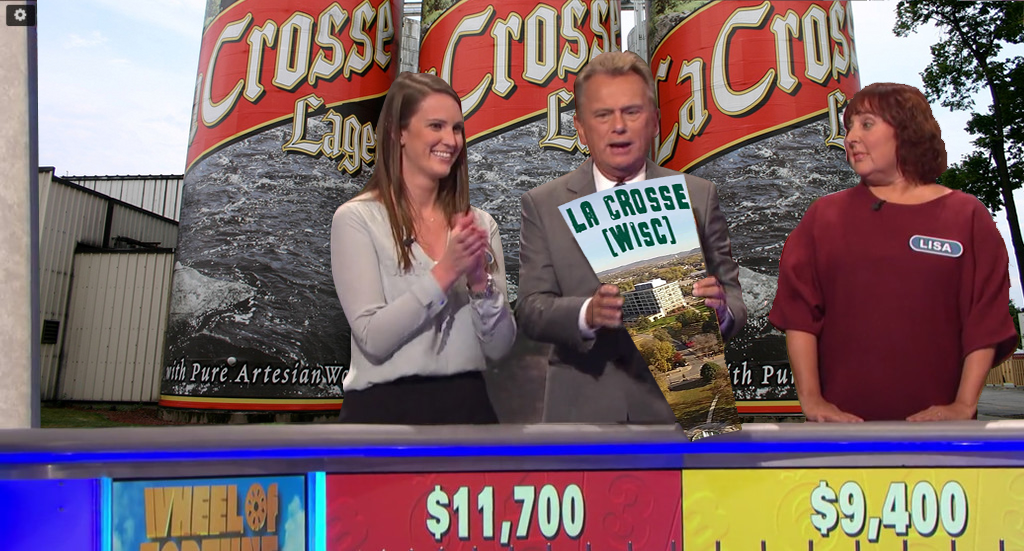 “Premiere Resort Area” brings to mind fabulous trips to exotic locations. While La Crosse is a beautiful area, the proposed tax is just another scheme to raise local taxes.

The following column originally appeared in the Sunday, March 12 edition of the La Crosse Tribune.

The nightly news and the morning paper are great ways to keep informed. Unfortunately, they’re also great avenues for politicians to peddle their schemes for foisting new taxes on unsuspecting taxpayers.

When I heard La Crosse County wants to become a “premiere resort area,” and that this designation would generate millions to fix roads, at first I felt like I was in Oprah’s audience that day she gave everyone a new car.

In reality, the proposal for a new “Premiere Resort Area Tax,” or PRAT, is more like when you overbid on the showcase showdown on The Price Is Right and the infamous fail horn blares just before you’re escorted from the stage.

The PRAT tax, the latest tax scheme cooked up by La Crosse County officials, is really just another half-percent sales tax that could be imposed on nearly all retail businesses in the county. As with any other sales tax, this $6.6 million new tax will inevitably be paid for by consumers like you.

“But without more money we can’t fill the potholes!” the tax-and-spend crowd keeps shouting in your ear every time you turn on the TV. What they conveniently omit are their own failures to properly prioritize county spending.

La Crosse County budgeted for $136,764,518 in revenue for 2016. It planned nearly $33 million in property tax collections and $11.6 million from the county’s 0.5 percent sales tax. Yes, the county already has a sales tax onto which the proposed PRAT tax would be stacked.

According to the state Department of Revenue, 44 categories of business are subject to this tax in any jurisdiction that enacts it — bars, restaurants, gas stations, clothing retailers, hotels — even a category called “miscellaneous retail stores,” lest any devious boutique business falls through the cracks. In short, pretty much every business that a tourist could theoretically walk into would be subject to the PRAT tax.

The PRAT was conceived for the most innocent of reasons. When the summer residents of certain areas, like the Wisconsin Dells, fled for the winter, the Dells and similar tourist reliant areas needed a consistent revenue source.

Thus the Legislature invented the PRAT, but it required at least 40 percent of assessed property values in the taxed region to be composed of tourism-related businesses in order to be enacted. Thus, only six municipalities in Wisconsin currently have a PRAT tax, according to the Department of Revenue. At 5.3 percent, La Crosse County doesn’t come close to qualifying.

While our home is a beautiful region with plenty of tourist attractions, it’s hardly a “premiere resort area” according to state law. Nobody’s going to be winning a trip to La Crosse on the Wheel of Fortune.

Fortunately for the pro-PRAT crowd, there’s an exemption. After an advisory referendum, the Legislature can pass a special measure allowing the county to proceed with the final steps required to enact the tax.

Taxpayers should keep an eye on the big picture, and I don’t mean the size of their property tax bills.

The county should make better decisions with what it does with taxpayer money, and roads should clearly be a priority. However, when the county board voted to nearly double its debt in 2015 from $59 million to $110 million in one fell swoop, filling potholes or fixing cracks was hardly a priority. Instead, the county embarked on a series of expansions of its office complex downtown.

Thankfully, we have a vast network of paved, pristine bike trails around here–nary a pothole in sight. Or I suppose these days we’re supposed to call them multi-use trails.

The county is clearly taking in significant revenue, it’s just not choosing to spend it on roads. Now, county officials want to hit up hard-working taxpayers for even more. If your neighbor said they desperately needed to borrow money from you, all the while installing an in-ground pool and building a breakfast nook off their foyer, any rational person would raise an eyebrow.

A tax by any other name is still a tax. Taxpayers beware.

Chris Rochester is a Holmen native and director of communications for the John K. MacIver Institute for Public Policy, a Madison-based free market think tank.