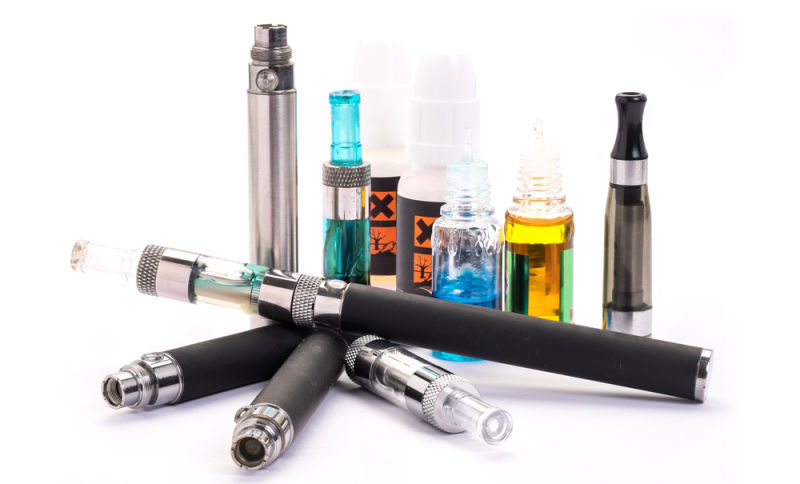 New federal rules clamping down on the e-cigarette industry are already costing jobs and livelihoods, and will likely run scores of small vape shops in Wisconsin out of business if fully enacted this year.

A recent survey of Wisconsin vape shop owners conducted by the Electronic Vaping Coalition of America (EVCA) reveals the frustrations of respondents, who fear the steep costs the new rules will impose on their industry. Survey respondents estimated the FDA’s impending “deeming” regulations will cost them anywhere from a few thousand dollars to $3 million or more, mostly depending on how many products they offer.

Others said they simply don’t know the cost – also known as “hell” for a small business owner who counts on a thin profit margin to put food on their table and provide for their employees.

The majority of vape shop owners said they’d already reduced or eliminated inventory and would be forced to lay off employees as a result of the new regulations.

What exactly is a vape shop? Many are simply retailers of e-cigarettes and related products like refill cartridges. Others also manufacture their own e-liquid, the nicotine-containing fluid vaporized in e-cigs. All will likely be crushed by the FDA’s deeming regulations.

Senator Ron Johnson has been a leader in the push to stop the FDA deeming regulations before it’s too late for the vaping industry. “The FDA threatens to crush the emerging e-cigarette industry, leading to negative unintended consequences for public health by making it harder for consumers to buy products that serve as an alternative to smoking,” he said in a statement when the rules went into effect.

Vape shop owners share Sen. Johnson’s frustration, but aren’t sure who to blame. Many pointed the finger at the power of a reckless big government. The ultimate enemy of the free market is an all-powerful bureaucracy with the power to destroy an entire industry at the whim of massive special interests fearful of competition and innovation.

Newer vape shops won’t be the only small businesses to feel the pinch, however. One survey respondent said his company has been in business since 1939 blending pipe tobacco. Under the new rules, that business would be classified as a tobacco product manufacturer subject to the new regulatory regime. The FDA is essentially giving this long-established business a choice between death by murder or death by suicide.

Like the tobacco blender, vape shops responding to EVCA’s survey tend to be smaller businesses – those responding to EVCA’s survey employ anywhere from one to 72 people at between one and twenty locations. Almost all survey respondents opened shop within the past eight years, and many pointed out that their livelihood depends on their business. One, a 24-year-old who said he has just a high school education, worried he and his seven employees would be relegated to poverty level jobs were it not for their successful vape shop. Starting a business and growing it to create a more prosperous life for yourself and others sounds like the American dream, doesn’t it?

But then again, ruined livelihoods and crushed dreams are just a little collateral damage to the powerful bureaucrats at the FDA. After all, the government can just raise the minimum wage – small comfort to a ruined small business owner who made the mistake of working in an industry the government doesn’t like.

What exactly makes the FDA’s deeming regulations so dangerous to the young vaping industry? As with anything bureaucratic, it gets complicated and makes almost no sense.

The FDA regulations set February 15, 2007 as the “predicate date” for new, tougher rules for any items the agency deems to be tobacco products. Any new such products that entered the market after that date will be subject to a stringent, byzantine new approval process with a massive cost that increases with each individual product a business sells.

If you’re a successful vape business with a wide variety of product lines, you’d better get the accountants and lawyers on the phone post haste – both of which add additional costs that most small businesses simply can’t afford.

The e-vapor market was still in its infancy on the February 2007 predicate date, so nearly all e-vapor products will be subjected to the burdensome approval regime. Because of that arbitrary date, the vast majority of companies in the e-vapor business will likely be out of business within three years.

One curious fact about the regulations gives credence to vape shop owners’ suspicions that the new regulations might be motivated by more than just concerned bureaucrats trying to protect public health – traditional cigarette companies conveniently won’t have to comply.

Any American who hasn’t been living under a rock for the past half-century is well aware of the nanny government’s incessant finger-wagging about cigarette smoking. The feds have spent untold taxpayer fortunes warning kids and adults alike about the dangers of smoking. But putting aside arguments over whether government should be lording over individual decision making, the evidence that traditional cigarette smoking is a killer is the closest thing to a “settled science” as can be found.

Yet, true to form, the very government that spent years looking down its nose at anyone who lights up is now actively trying to destroy an effective new way for smokers to put away their caustic cancer sticks for good.

The study also found that most of the chemicals that cause smoking-related diseases are absent from e-vapor and that e-cigarettes release negligible levels of nicotine into ambient air.

The studies back up a commonsense understanding of smoking versus vaping. After all, smoking involves lighting tobacco on fire and inhaling the smoke. Vapers instead inhale vaporized water containing nicotine and flavor – and practically none of the thousands of carcinogens found in cigarette smoke.

Simply put, the new FDA deeming regulations are a glaring example of either government ineptitude or, less charitably, corruption. That choice seems to be a common theme when it comes to government and bureaucracy. Whichever it is, the regulations will have a profound impact if enacted.

“If you want to see how regulations can destroy an entire industry, this is it,” said Christian Berkey, owner of Johnson Creek Vapor Company, in an earlier interview with the MacIver Institute. Berkey’s company is one of the first and largest producers of e-liquid in the world. The regulations would cost his company, which employs 47 people full-time in southeast Wisconsin, more than $200 million.

However, Berkey is optimistic about the chances that the Trump administration will eliminate the new regulations or modify them to save his industry.

If Trump really wants to “drain the swamp” and fight for hard working, tax paying Americans frustrated with the federal government meddling in their lives, his administration will turn the tables on the FDA and crush these new rules before they crush the vaping industry.