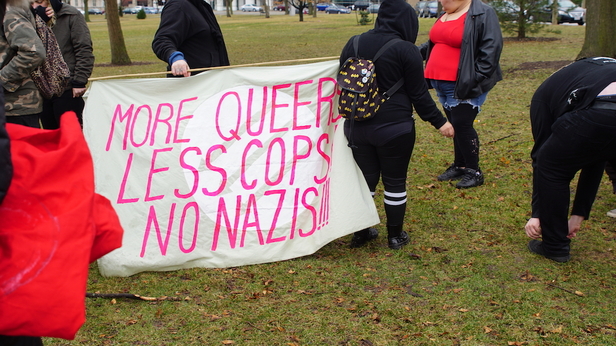 [Milwaukee, Wis…] Protesters proclaiming their opposition to President Trump and what they believe is the hateful agenda of him and his supporters gathered in Milwaukee on Saturday.

“Milwaukee is our city and our home. We will not allow white supremacists to promote their hateful and racist agenda in our parks and on our streets…White supremacists, racists and Trump supporters must understand that they are not allowed to celebrate their fascism in our city,” the event’s Facebook promotion states.

See photos from Saturday’s event below: