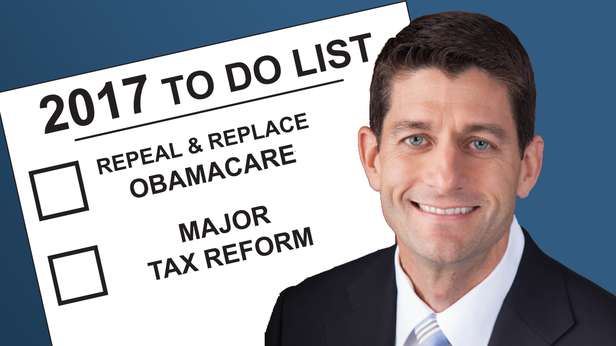 [Washington D.C.] By the end of this summer, Obamacare will be gone and your tax return will fit onto a postcard, House Speaker Paul Ryan told the MacIver News Service in a recent interview.

“Those two things right there will dramatically help us create jobs and economic growth, and help families take home more pay,” Ryan said. “Getting this done in the first 200 days will make this the most productive Congress in my lifetime.”

The speaker addressed concerns that Republicans had changed their position from “repeal and replace,” to simply “repair.” Ryan stated the plan has always been to “repeal and replace.” When people said “repair,” they were referring to the healthcare system, and not the Obamacare law.

Right now, one-third of US counties only have one insurer available through Obamacare, giving those insurance companies a virtual monopoly. This then becomes expensive to the taxpayers, because the subsidies have to get bigger to cover low-income individuals using the plans.

Ryan calls his plan “patient centered, affordable healthcare reform.” He says this means creating a system that actually encourages more competition, and with that lower prices and higher quality.

“Monopolies drive up prices and reduce choices,” Ryan explained. “Competition lowers prices. And so the philosophy under Obamacare was have the government run it all and basically end up rationing healthcare.”

Right now, several bills are working their way through committee. Last week the Energy and Commerce health subcommittee advanced two bills to strengthen Medicaid, and the Small Business Committee held a hearing on the healthcare marketplace.

Ryan said all the bills are moving through the system at the same time, and that the House will pass them by the end of next month. Ryan said this urgency is due to the fact Obamacare is collapsing.

In addition to this massive endeavor, Congress is working on the budget, which will include significant tax reform.

“The reason we have to do tax reform now, is that America has the worst tax code in the industrialized world when it comes to how we tax our businesses,” Ryan said.

The US top corporate tax rate is 38.9 percent. That’s the highest among the 35 industrialized nations in the Organization for Economic Cooperation and Development (OECD), and the third highest in the world. The average corporate tax rate throughout the world is 22.5 percent.

“[We have] an extremely complicated tax code and an obnoxious Internal Revenue Service. By dramatically simplifying the tax code and reducing the tax form basically to the size of a postcard, increasing the stand deductions so people don’t have to go through the complicated itemizations, we contain the IRS, convert it into a service agency and not the obnoxious agency it’s been, and make vastly more simple for people to fill out their taxes,” Ryan told MNS.

Congress has not changed the tax code significantly since the Tax Reform Act of 1986. This was a major revision of the tax code, and at the time was considered one of the most important pieces of legislation ever passed. However, over the next 30 years, most of the problems it fixed have crept back into the code. Ryan wants to fix that.

“[Under this plan] you’ll have a simplified, streamlined tax system that’s easy to comply with, and that will do a lot to make families keep more of what they earn,” Ryan said.

Ryan said if the federal can fix the healthcare system and the tax code, it will transform the country and the lives of the American People.

“So much of people’s pay gets eaten up by healthcare premiums and deductibles. If we can fix that problem and focus on that, then people will have a higher quality of life, a higher standard of living, and more take home pay. And if we can get the economy growing and make American businesses more competitive by staying in the country, then we can get more jobs and higher wages,” Ryan said.

Ryan is baffled by critics who say Congress is not working fast enough and that Republicans are squandering their time in the majority.

“I know people want to wake up tomorrow and have every problem solved. It took about six years for Obamacare to become law and get into place. It’s going to take us a few months to fix this.”

By setting these goals to such a tight timeline, Republicans have no choice but to accomplish these goals. There will be no space to distance themselves from these promises if they don’t.