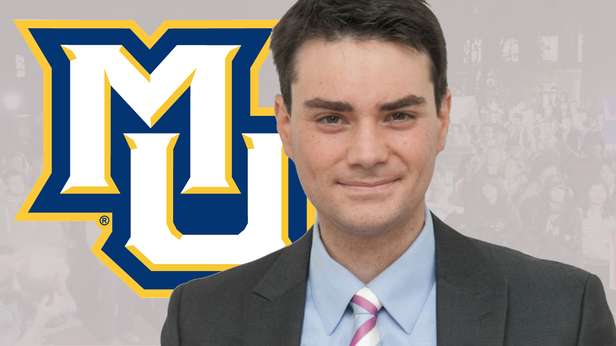 Editor’s note: Conservative intellectual Ben Shapiro is scheduled to speak at Marquette University on Wednesday night, and a liberal faculty member is openly trying to hijack the event. The university has come out in support of free speech without doing anything to discourage the faculty member from interfering. Marquette University student, Collin Cummings, explains how the school can’t have it both ways.

On Monday, January 30th, a story broke that infuriated many conservatives not just on Marquette University’s campus, but around the state of Wisconsin and the rest of the country as well.

With screenshots obtained from Facebook, it was revealed that Christina Nelson, described on her Facebook profile as a program assistant in Marquette’s Center for Gender and Sexual Studies, was actively working to undermine a Ben Shapiro lecture taking place at Marquette on February 8th. Nelson encouraged her students to register for as many of the limited number of tickets as possible, so as to “take a seat away from someone who would actually go.” This attempt to block free speech by a staff member at an American university should upset anyone who claims to value the constitution. It upsets me both as a Marquette student, who cares what kind of school his tuition dollars helps fuel, and simply as an American citizen. However, sadly, it does not surprise me in the slightest. Whether it is Shapiro being banned from De Paul and threatened with arrest for stepping foot on campus, or violent riots against him at Cal State, or “intellectuals” at Berkeley destroying public property because they don’t like Milo Yiannopoulos, irrational responses from the left to free speech have become mainstream, and, in many cases, celebrated.

Marquette’s half-hearted, uninterested response to this embarrassment to the university also is not necessarily surprising, but is notably ironic. On January 30th, the same day that the story about Christina Nelson broke, President Michael Lovell and university administration felt they needed to release a statement regarding this “current moment in our United States history.” The statement asserted that Marquette “welcomes and benefits from the diversity of seekers within our ranks” and that the university is “steadfast” in its “commitment to serve all as a welcoming learning community that is open to people from a wide variety of backgrounds, perspectives, and national origins.”

The question I pose to Marquette (and already have posed many times on various platforms, to which I have received no response) is this: where did you forget to put the “as long as you subscribe to a specific liberal ideology” disclaimer in that statement about the importance of diversity? How can the university stand behind that statement while continuing to employ someone who is actively working to marginalize conservative students on campus because she has decided that her way of thinking is right, and anyone who disagrees must be wrong?

Marquette must be forced to answer for their staff. Their response has been non-existent, and unless university administration would like to see the school continue to be highlighted as one of the most hostile to free speech institutions in America, swift action needs to be taken. It is time for Marquette University to stand behind its pledge to be a home to all backgrounds and all voices.