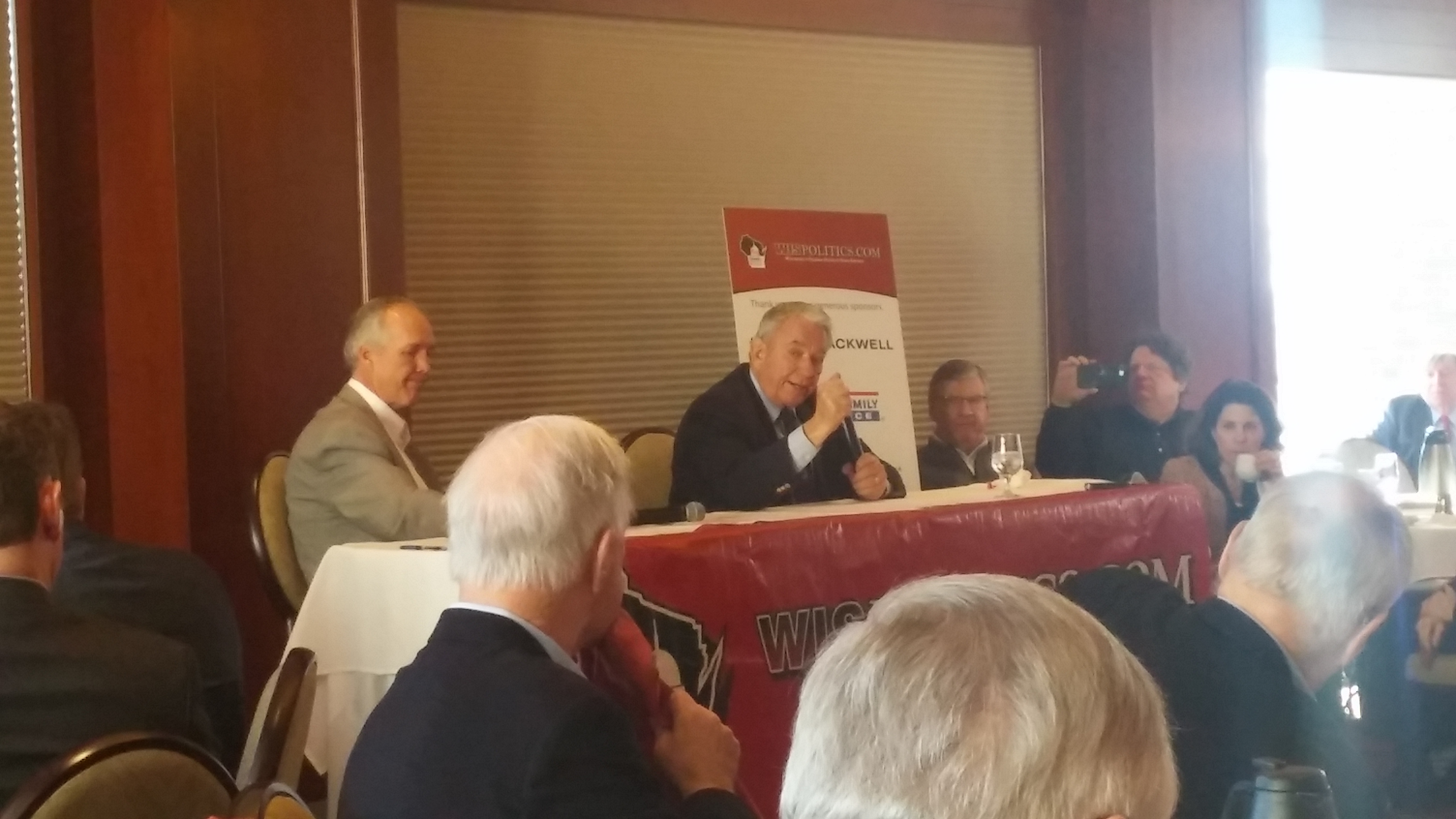 [Madison, Wis…] The vast majority of Obamacare could be swept away by the same bureaucratic rule-making process that the Obama administration used to create it, former governor Tommy Thompson told a crowd in Madison on Tuesday.

Thompson, who was Secretary of Health and Human Services under President George W. Bush, said that 70-80 percent of the law was actually written after it passed Congress because it relied on countless “the secretary shall” clauses as a replacement for actual legislative language.

Those fill-in-the-blank sections allowed much of Obamacare to be created via the HHS rule-making process after the bill became law, but they will also allow much of the law to be dismantled in the same way.

While a large portion of the law can be reversed by the HHS secretary, Thompson added that other significant pieces of the law will need to be tackled by Congressional Republicans, a caucus he said is deeply divided over how to proceed. Congress will have to decide on whether to immediately repeal Obamacare’s trillion dollars in taxes and the individual mandate, and decide on a replacement plan – all points of contention within the GOP ranks.

Given a choice between immediate, full repeal of Obamacare and all its taxes and a more gradual, piecemeal approach, Thompson was confident it will eventually be the latter because of political realities, including disagreement among Republicans on whether to immediately repeal all of the health law’s taxes.

“I think getting the Republicans together is going to be a bigger problem than finding the eight Democrat senators,” Thompson predicted. Outside of a process called reconciliation that will be used to repeal certain budget-related aspects of Obamacare, the GOP will need to find enough Democrats for a filibuster-proof 60-vote margin on other reforms like selling insurance across state lines, encouraging more consumer-oriented insurance plans, and reforming state insurance exchanges.

The Republicans currently hold 52 seats in the Senate and the tie-breaking vote of the vice president.

Attracting Democrat votes on smaller bills that chip away at Obamacare might be a political necessity, Thompson said, adding that reaching a 60-vote majority on smaller bills might be easier than it seems because of the number of Democrat senators up for re-election in 2018 in states that Trump won.

Thompson also heaped praise on President Trump’s nominee for Secretary of HHS, Tom Price. An orthopedic surgeon by trade and former chair of the House budget committee, Thompson said Price understands healthcare and would “do a very good job” in the role Thompson once held.

Thompson said Obama administration HHS Secretary Kathleen Sebelius was put in an untenable situation. “She really didn’t understand healthcare,” but was in charge of implementing the massive healthcare law. “You won’t have that with Tom Price because he understands it.”

Asked about Senate Democrats’ walk-out and boycott of Price’s confirmation hearing earlier in the day, Thompson said, “Sooner or later they’ve got to come back.” He joked that he was looking at Sen. Tim Cullen, who was one of the Senate Democrats who fled the state for Illinois in a failed effort to stop Act 10 six years ago.

Thompson added that, despite the stakes, House Speaker Paul Ryan and other congressional leaders fully understand the opportunity for conservative reforms that a Republican White House and Congress presents. “They are dedicated not to miss this opportunity to change the direction of the country.”