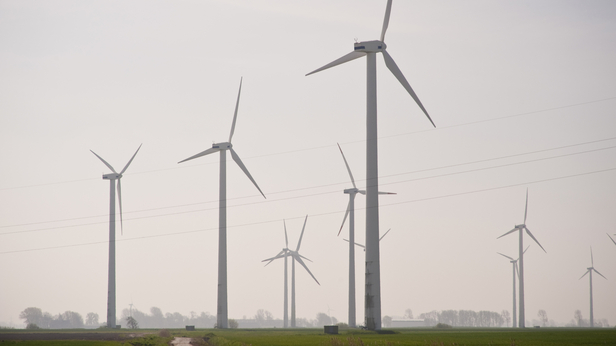 Two cabinet picks by President-Elect Donald Trump promise to have the most impact on Wisconsin in 2017: Jeff Sessions as Attorney General and Tom Pruitt as EPA Secretary. Combined, they will directly deal with the biggest threat to Wisconsin’s economy, the Obama Administration’s Clean Power Plan (CPP).

Wisconsin and 26 other states are suing to block the CPP in court. The goal of the CPP is to reduce carbon emissions by 32 percent below 2005 levels by 2030. According to the EPA, these new regulations will cost over $50 billion annually while having almost no effect on global climate change.

The CPP would hit Wisconsin’s economy especially hard due to our reliance on coal for 60 percent of our energy generation and the state’s dependence on manufacturing. When the proposed goal was a 30 percent reduction, a study by the MacIver Institute and Beacon Hill found that the CPP would cost Wisconsinites 21,000 jobs and $1.82 billion in disposable income by 2030. The average household electric bill would jump $225 and the average Wisconsin factory would pay an extra $105,094 per year if the CPP is allowed to go through.

Wisconsinites already pay the 17th highest energy rates, the result of renewable energy goals under former Governor Jim Doyle. The average price of electricity jumped by 21 percent from 2007 to 2012. WE Energies alone made $12 billion in improvements since 2003, improvements that will not be counted under the CPP. The CPP’s promised increases in energy costs will drive businesses out of state, and possibly overseas.

Shortly before Supreme Court Justice Antonin Scalia’s death, the court ordered on a 5-4 vote a stay to temporarily stop the new regulation. Even before Scalia’s death, liberals were depending on the court to ignore the inherent problems in the CPP, even prompting talk of “court packing.”

After Scalia’s death, liberal proponent’s pinned their hopes for the CPP’s implementation on President Barack Obama’s appointment of Court of Appeals Judge Merrick Garland to the Supreme Court. With Trump’s victory in November, a conservative appointment is likely to maintain a 5-4 majority against the CPP if the case gets that far.

But that’s still a gamble, as the Court rulings on Obamacare have shown. The CPP’s future is really in the hands of the incoming Trump Administration.

Speaking in Milwaukee, EPA Region 5 Administrator Dr. Susan Hedman said that it would be impossible for a future administration to undo the CPP. “The Clean Power Plan was established through the standard federal rulemaking process. Any change would have to go through that process to promulgate a new rule,” Hedman said.

However, that may not be the case. The Washington Post reported in November that, as Attorney General, Sessions could file a motion for “voluntary remand” to allow the EPA to consider the states’ position on the CPP and revise the rule. This would allow Congress time to pass legislation to stop the CPP completely.

In addition, Trump could issue an executive order saying that the rule cannot be implemented because it is unlawful and that EPA lacks authority to enforce it. As the state Attorney General for Oklahoma, Pruitt led the fight in court to stop the CPP. As head of the EPA, he would be expected to carry out such an executive order.

There will be the inevitable lawsuits by special interests to try to force the Trump Administration to enforce the CPP. Sessions will have to defend the new administration’s position against the CPP vigorously while Pruitt prevents the bureaucracy from implementing the rule.

But the benefit of such a fight is clear for Wisconsin. Governor Scott Walker’s decision to refuse to implement the CPP at the state level while the lawsuit continued looks especially wise when looking at the EPA regulation’s shaky future. If the Trump administration acts as the candidate promised during the campaign, Walker’s temporary stop of the CPP at the state level will soon become a permanent victory for Wisconsin’s energy consumers.