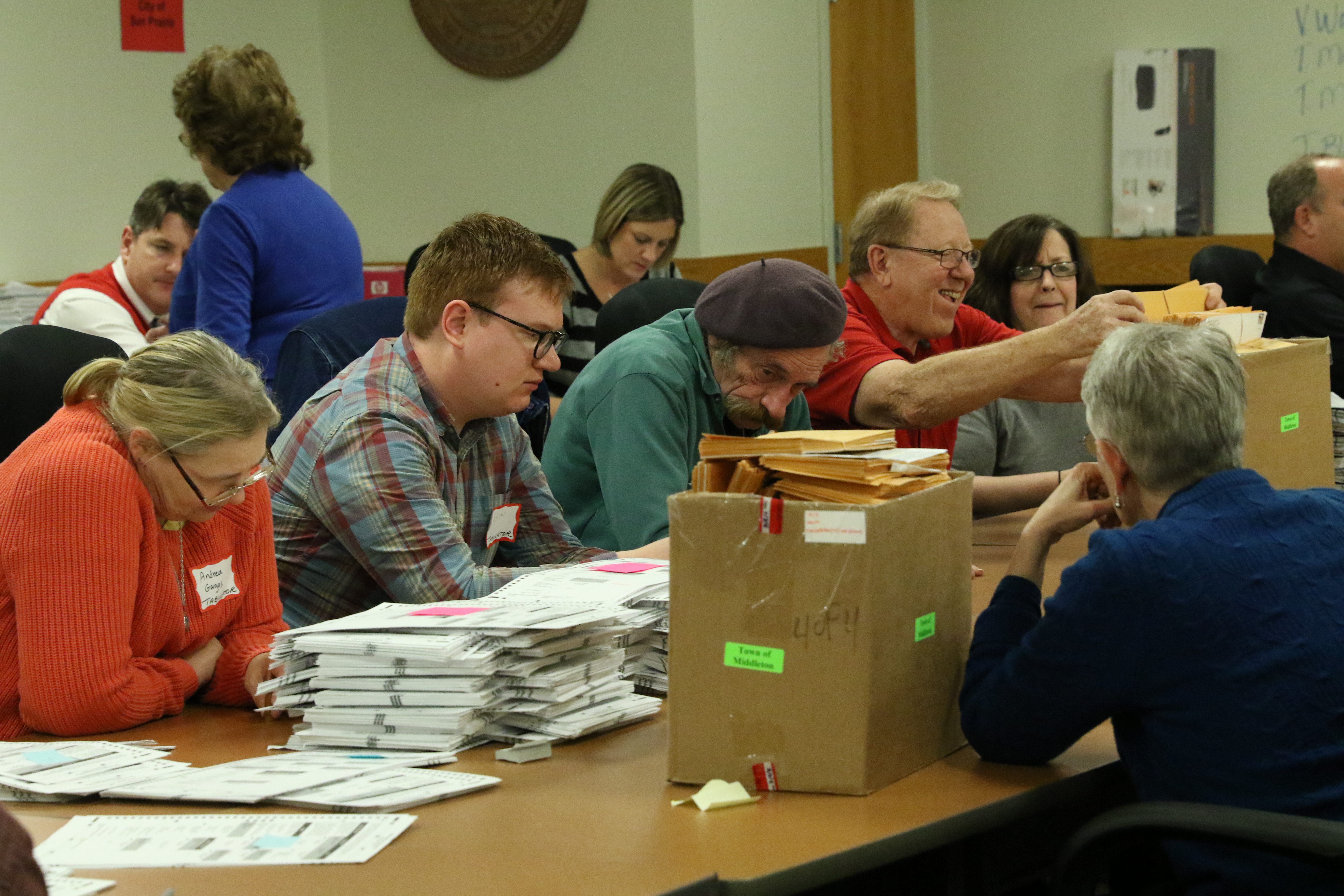 [Madison, Wis…] The recount of Wisconsin’s presidential election results began Thursday as county officials, workers, and volunteers hunkered down and started the long process of sorting through millions of ballots – the first candidate-driven recount since Florida in 2000.

The recount was requested by Green Party candidate Jill Stein after she lost the state, winning only 31,000 votes, or about one percent of the total, compared with 1,380,823 votes for Hillary Clinton and 1,403,694 votes for Donald Trump.

A request by the Stein campaign to force a statewide manual recount was rejected by Dane County Circuit Judge Valerie Bailey-Rihn on Tuesday, so county clerks are free to determine whether to hand-count ballots or to use optical scanning machines.

Dane County chose to count the votes by hand. The MacIver Institute was there to observe the first day of ballot counting. See the photo album and videos below for shots of the first round of Dane County’s recount:

"Hurry up and wait" at Dane Co office as tabulators wait for county staff to prepare recount materials #WIrecount pic.twitter.com/4q6eRbw2wj