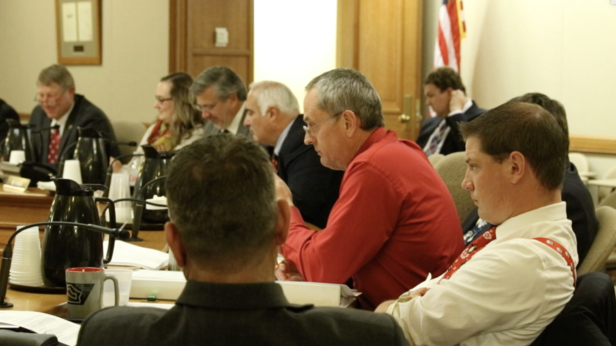 The contentious question of funding Wisconsin’s transportation system took center stage in a lengthy hearing on Monday by the Assembly Committee on Transportation.

The day-long hearing started with nearly four hours of testimony by Department of Transportation Secretary Mark Gottlieb. Gottlieb explained his agency’s biennial budget request that increases funding for local projects, but puts some southeast Wisconsin megaprojects on hold. He also defended steps the DOT has taken to become more efficient over the past several years.

DOT saved $1.5b in recent years thru efficiency/innovation programs, $99m in FY16 via use of tech, best practices, says Gottlieb #WIpolitics

DOT Sec. Gottlieb has been testifying for 45 min. So far, mainly a recap on things we already know #WIpolitics pic.twitter.com/hGFZ54B96x

After his lengthy testimony, Gottlieb took questions from members of the Assembly Committee on Transportation. He explained the DOT’s methodology for calculating how long roads would last. Road deterioration was a central concern throughout the day, as DOT calculations show that the deterioration of Wisconsin roadways will speed up in coming decades.

Some committee members pressed Gottlieb to state that the current funding level for the DOT is inadequate. Gottlieb admitted that construction cost inflation is rising faster than the agency’s revenues.

Rep. Joe Sanfelippo was critical of wasteful spending by the agency, asking Gottlieb a series of tough questions about the DOT’s spending priorities and inaccurate project cost estimates. He also questioned money spent on unnecessarily expensive new traffic signals and, in a contentious exchange, critiqued spending by the DOT on travel to conferences and other junkets.

.@RepSanfelippo: "We're hearing a tale of two departments" at this hearing. Says truth is DOT not living within its means. #wiright

After Gottlieb’s extensive testimony, a string of other groups also offered testimony. The Wisconsin Counties Association said they appreciate the increased aid for local projects in the DOT’s 2017-19 budget, but also urged the committee members to push for a long-term funding solution. Echoing a recent video by Assembly Speaker Robin Vos in which he took a bumpy ride in an ambulance, one speaker with the Counties Association said EMTs are concerned about road conditions.

The League of Wisconsin Municipalities also testified along with a group of mayors and city administrators. They told the committee their municipalities have turned to bonding and new local taxes to pay for their roads as a result of decreasing state aid.

League of WI Munis: 13 of 16 local wheel taxes in WI were imposed in just the past few years. #wiright #wipolitics pic.twitter.com/MZqsGllLPD

The MacIver Institute live streamed most of the hearing, re-posted below: