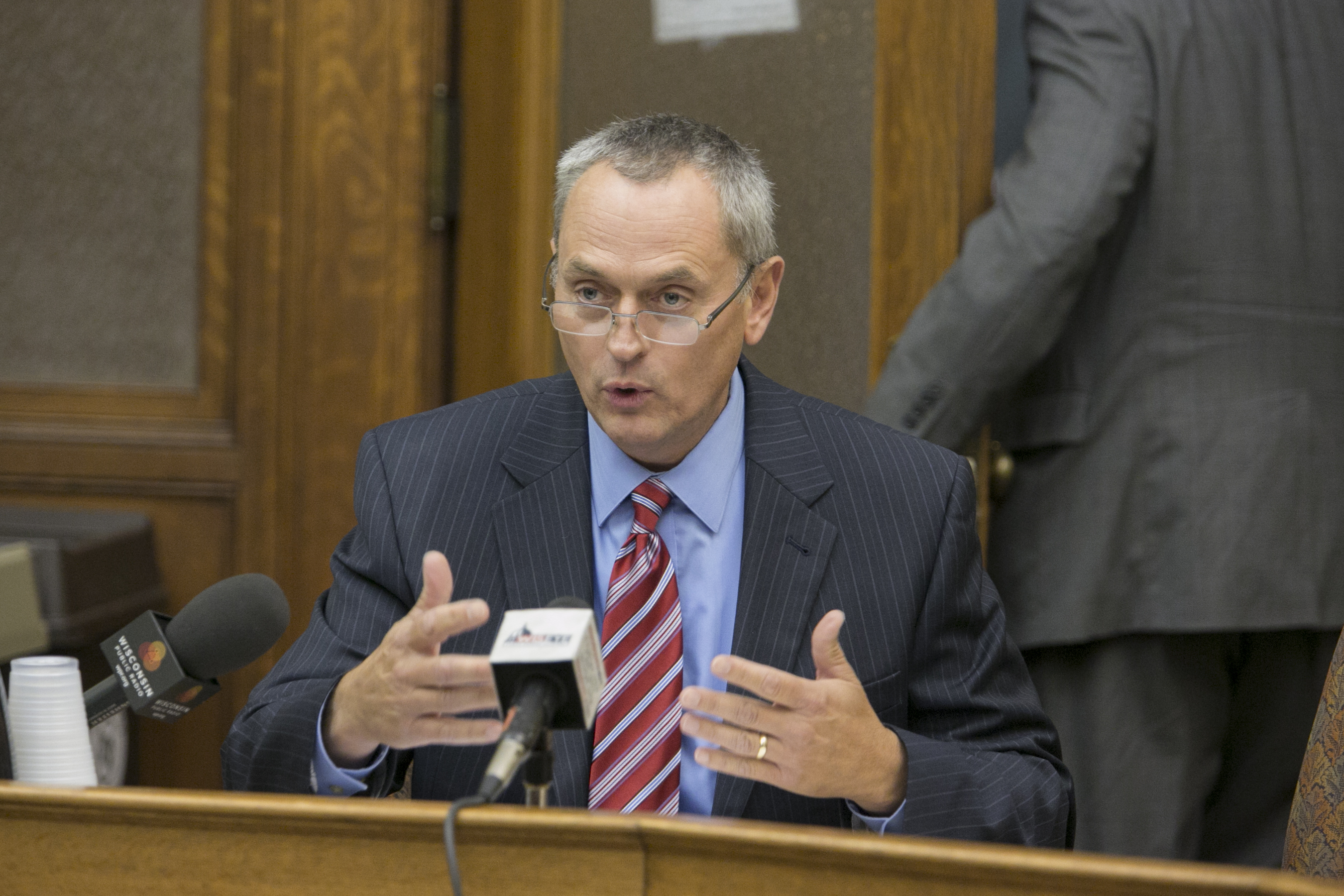 A member of the Assembly’s transportation committee wants the state Department of Transportation (DOT) to answer for how it spends money before giving the go-ahead on any increase in revenue for the department.

Rep. Joe Sanfelippo (R-New Berlin) expressed his concerns on how the DOT is spending its money in an interview with WISN host Jay Weber Thursday morning.

“There are just a lot of areas where they are spending money, more than what they need to be spending building these projects, putting on all the bells and whistles as if money is no object,” Sanfelippo told 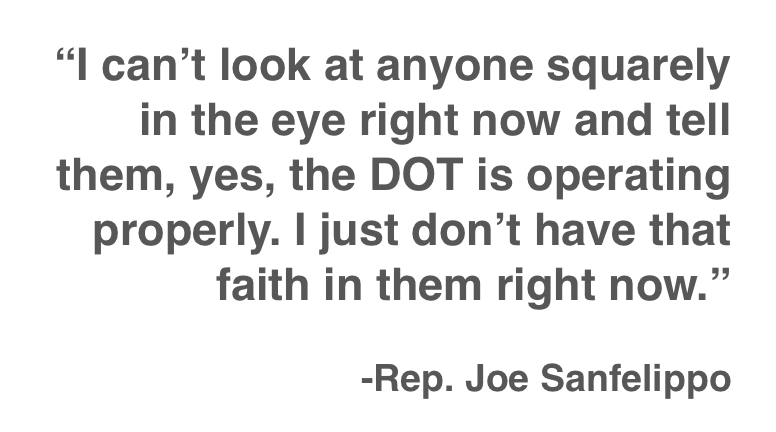 Weber. “Yet they’re coming to the legislature and crying poor and telling us we’re going to have to delay all these projects because we don’t have enough funds.”

“We’re getting a confused message – which is it?” Sanfelippo asked, repeating his comment to DOT Secretary Mark Gottlieb at a Committee on Transportation hearing last week where he said the committee has been hearing a “tale of two departments.”

Sanfelippo cited several examples of wasteful spending by the DOT. One example is the department’s expenditure of $28 million on just two projects to use stainless steel rebar instead of standard epoxy coated iron rebar for bridge decks. Gottlieb at the hearing defended the spending, saying the stainless steel rebar, used in the Zoo Interchange and the Hoan Bridge projects in Milwaukee, is intended to ensure the road decks last as long as the rest of the bridge structure.

While traditional rebar typically lasts as long as the concrete structure, the more expensive rebar will actually outlast the entire 75-year lifespan of the bridges, Sanfelippo said. “The cost-benefit isn’t there,” he told Weber.

Sanfelippo also questioned the DOT’s decision to install a new, more expensive style of light poles at traffic intersections. The department has installed 1,100 of the new style of traffic light systems since 2009, costing a total of $55 million more than the traditional “trombone” style traffic signal that had been in use before.

The DOT claims the new style is safer, but Sanfelippo said he hasn’t seen any studies from the department backing up the claim, despite having asked for specific studies several times. “They’re just making numbers up,” he told Weber.

“We’d all like to spend and get the very best of everything, but we have to live within our means,” he said.

He also pointed out the state is also providing freeway service teams where the state spends $5 million a year to help motorists fix flat tires or bring gasoline, services that people can sign up for privately through programs like AAA or private insurance.

“These aren’t nickel and dime initiatives, they add up to a lot of money,” Sanfelippo said, adding they’re not just one-off expenses but savings that could be realized every year. He said his office has assembled two binders full of information about DOT’s spending adding up to about $100 million.

The MacIver Institute has previously reported on other examples of wasteful spending. In one case, the DOT built a $3.6 million foot bridge two blocks from an existing bridge with sidewalks. Another report highlighted a lightly-used four-lane bypass near Baraboo.

In its last budget, the DOT added 180 engineer positions at a $10-12 million annual cost. While the department assured legislators the engineers would have plenty of work, Sanfelippo questioned if that would hold true if proposed project delays are passed.

He also questioned the expenses run up on special spending cards the DOT issues some of its employees. From 400-500 employees in the DOT have these purchasing cards that were first issued in the 1990s and were originally intended for small purchases like office supplies. However, the department spent more than $10 million in the last budget cycle on purchases made on these cards; some people are spending from $300-500 thousand per year.

Sanfelippo said he’s not alleging misuse or abuse, but called on the department to explain how it’s monitoring such spending to prevent waste and abuse. “These are all conversations that I think we need to have before we start talking about ‘are we raising revenue, and if so, how much’,” he said.

He also questioned the department’s travel expenses for staff junkets to conferences around the world, which Gottlieb defended at the transportation hearing as a good business practice.

Sanfelippo said the savings he’s found add up to real money for an agency some claim is desperate for more revenue. Based on an exchange with Gottlieb at last week’s hearing and previous conversations with the DOT, Sanfelippo estimated the potential savings he’s found so far could pay for up to 70 new road construction jobs.

He also questioned the process the department uses to get projects from the drawing board to being completed.

The state currently uses a design-bid-build process for construction projects. “That is the most expensive and lengthy way to build roads,” Sanfelippo told Weber. Many states are going to a system of design-build construction, where the general contractor takes over a project from the design phase right through construction, he said. Sanfelippo believes such a change could save 10-30 percent on construction costs and reduce project times.

Another alternative to consider is a public-private partnership, in which the private market provides funding for a transportation project. Sanfelippo believes federal transportation dollars come with red tape and strings attached that drive up the cost of a project. He cited Indiana as an example of the potential for savings. “We could be saving hundreds of millions of dollars on construction if we just revamped the way we do our process.”

“There’s so much resistance from the bureaucracy in Madison,” he said.

While the legislature awaits a Legislative Audit Bureau analysis of DOT spending, Sanfelippo said lawmakers should “take that a step farther” and look at other spending like the bidding process to find more savings.

While he criticizes DOT spending, Sanfelippo said he’s not unilaterally opposed to increased revenue, but wants answers to his questions about suspect spending first.

“In the end, we need a great transportation network to move our goods and services around the state…but by God, we have got to make sure that the money they’re getting, they’re using wisely.”

“I can’t look at anyone squarely in the eye right now and tell them, yes, the DOT is operating properly. I just don’t have that faith in them right now.”