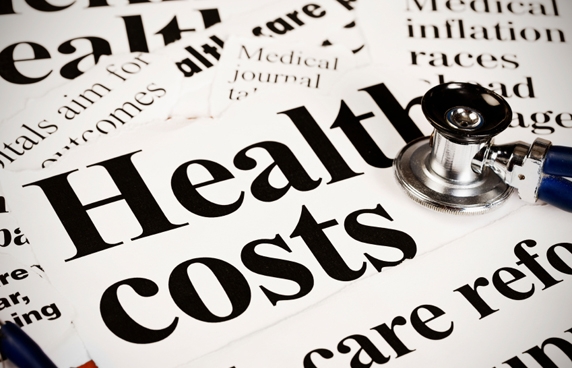 Today, Wisconsin’s Group Insurance Board is set to decide on whether to switch the health insurance system for state employees from a network of private insurers to a self-funded model that’s used by most large employers. It’s a big decision, but making the switch is hardly a perilous journey into unknown waters, as some opponents have claimed.

The change has a lot of moving parts, but the concept is relatively simple. With a self-funded insurance system, also called self-insurance, the state will collect health insurance premiums from state employees and pay claims itself. This would replace the current system where the state farms out its insurance business to 17 different health insurance plans around the state.

The state’s Group Insurance Board has been debating the topic for years. After two separate analyses by outside consultants, the GIB asked for proposals earlier this summer from potential administrators – firms that would help the state administer its self-insurance system.

Those proposals have been received, and the GIB reviewed them in a closed-door session on November 30. They board will make its decision on Tuesday.

Self-insurance is the rule, not the exception, among most large employers. Ninety percent of all large employers – companies that employ 5,000 or more people – use the self-insured model because it makes good business sense and gives them greater flexibility in how they administer health insurance for their workforce.

State governments are, of course, also large employers. As of 2010, 46 states used self-insurance in some way. At least 20 states self-fund all of their state employee health plans, including Minnesota, which moved to fully self-funded insurance in 2002.

The state of Wisconsin is a very large employer, and it already uses the self-funded insurance model in certain areas. Wisconsin currently self-insures its “Standard” health insurance plan, its “Pharmacy Plan”, and in 2016 it began to self-insure its dental plan.

Opponents of the self-insurance idea – generally consisting of the hospitals and HMOs that gain business from the status quo – argue that if the state self-insures, it could harm “mom and pop” insurance plans and reduce competition in Wisconsin’s health insurance market, possibly driving up costs. It’s too big a risk to the state’s insurance market, the argument goes.

But since the state already partially self-insures, these arguments are hard to back up.

Further, the “mom and pop insurance shop” trope gets old when it’s not really true. These are large companies with diverse business portfolios and broad risk pools run by expert health insurance professionals. None rely more than 30 percent on business from state employees. Besides that, it’s not the job of the state government or any large employer to protect the interests of entrenched businesses.

It is the business of state government to run efficiently and spend taxpayer dollars wisely. Changing to a self-funded insurance model will allow the state to more directly tackle cost drivers like chronic illnesses and be more creative in delivering care to all employees.

Under a self-funded system, the state would not have to negotiate with a litany of insurance companies in order to make changes designed to improve the health of those covered. It would be much easier for the state to offer an innovative wellness program or put health clinics on-site where employees work, just two examples among dozens of innovative care options that would be possible and relatively easy to implement to control longer term costs.

Another major reason to switch to self-insurance are millions of dollars in new taxes that will be imposed on insurance companies under Obamacare.

It has to be acknowledged that even the most savvy political wonks didn’t foresee a federal government completely controlled by Republicans following the 2016 elections. Donald Trump’s presidential victory, along with Paul Ryan’s re-election as Speaker of the House and the GOP retaining its hold on the U.S. Senate practically ensures that major changes will come to what we now call Obamacare.

That means there is uncertainty over those massive Obamacare taxes. Self-insuring would spare Wisconsin from massive tax increases under Obamacare such as the provider tax (self-funded insurance plans are exempt) and the delayed “Cadillac Tax,” a 40 percent excise tax applied to those plans that provide health insurance benefits over $10,000 in value annually.

While it’s possible, perhaps likely, that these absurd taxes will change under the Trump administration, the state should tread carefully. Whether Trump and Congressional Republicans will alter or repeal these taxes as they enact their own reforms is yet to be seen. As a matter of precaution and good statesmanship, the state should proceed as if these taxes will stay. Self-insurance is the only way to ensure taxpayers aren’t forced to absorb these costs.

But the merits of self-insuring the state’s workforce go far beyond just saving money on Obamacare taxes. By funding its own insurance claims, the state will have considerably more flexibility to implement cost-saving innovations.

When Governor Walker took office, he famously stated that Wisconsin is “Open for Business.” He’s pushed many reforms that made the state run more efficiently, an imperative businesses face every day.