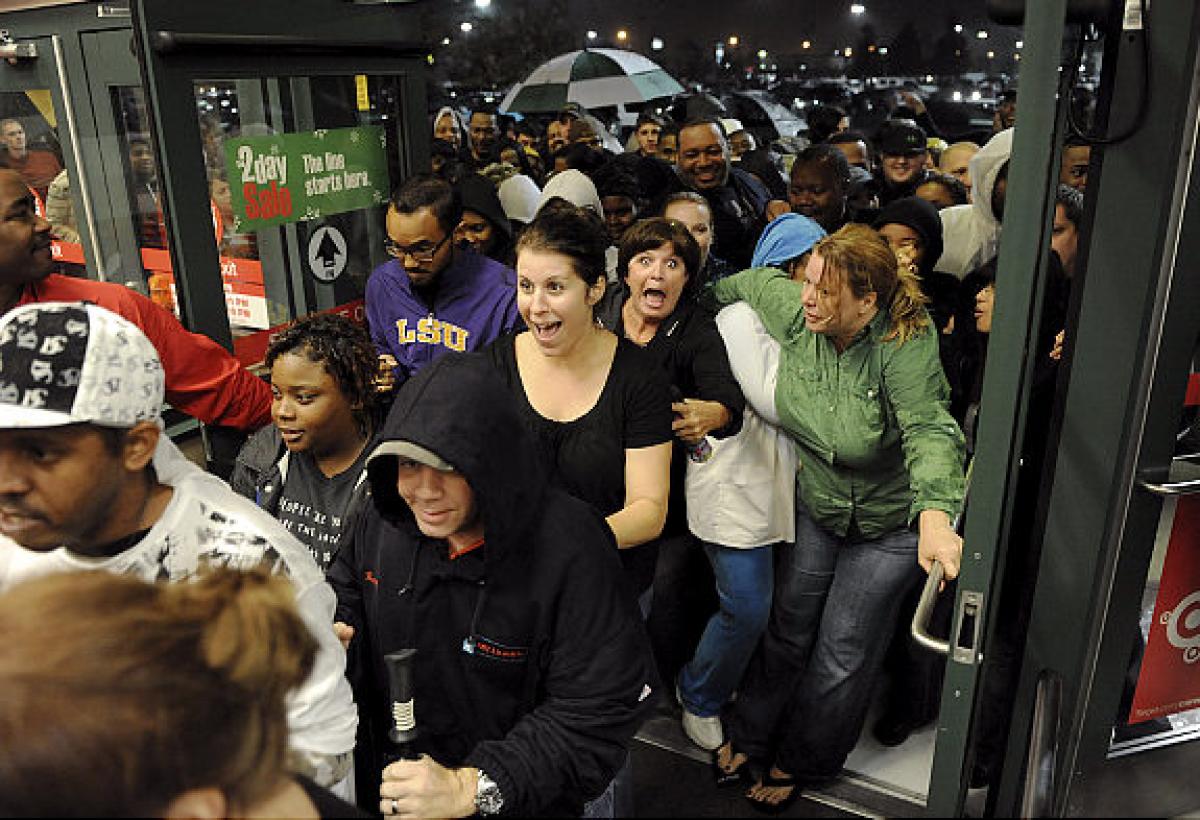 Wisconsin shoppers were horrified to find out that they were accessories to the widespread crime spree on Black Friday thanks to the state’s Great Depression-era Unfair Sales Act.

We interviewed several Wisconsinites who hit the stores on Black Friday, and what we found was revealing. Wisconsinites had no idea they were a party to a crime by buying products at illegally low prices.

Ada Cutsinline, an elderly Spring Green resident, camped out in front of the doors to a Best Buy to snag a deeply discounted Xbox One. “I felt terrible for having to shove that boy out of the way, but there was just the one Xbox left on the shelf,” Cutsinline said. “Now, to find out the price was so low it might’ve been illegal…it just adds to the guilt,” she added.

“I haven’t committed a crime since Prohibition,” Cutsinline said.

Les Costigan usually doesn’t feel guilty for being an aggressive shopper, but after finding out about the minimum markup law, he feels like a criminal. “The way I look at it is, if you’re in the way of my shopping cart, ain’t my problem,” Costigan said. But after being informed that many of the products in his cart were sold at illegally low prices, the 46-year-old father of four is worried the Wisconsin Price Police might show up at his house and take away all the Christmas gifts he bought early Friday morning.

Costigan plans to give away the gifts as soon as possible so he’s not caught with the discounted merchandise at his house. “I always trusted the stores I shop at, but knowing their deals are illegal…I just can’t put my family through being a part of that.”

Sue Madison, a 31-year-old mother of two, also never passes up the good deals on Black Friday. “I stood in line for eight hours and trampled sixteen people, even my sister and niece, to get my hands on that Ukulele and a crate of half-price motor oil I saw in the circular. The prices were so low, I’m sure they had to be illegal, and I’m ok with that,” Costigan said.

“I don’t always take part in criminal acts, but when I do, it’s on Black Friday,” Madison said.

Shoppers like these might be able to take solace in the fact that the Wisconsin Institute for Law and Liberty recently filed a lawsuit challenging the law, but until that is resolved, don’t say we didn’t warn Wisconsin shoppers.

Editor’s note: The Wisconsin shoppers quoted above are completely fabricated and fictional, as are their quotations.