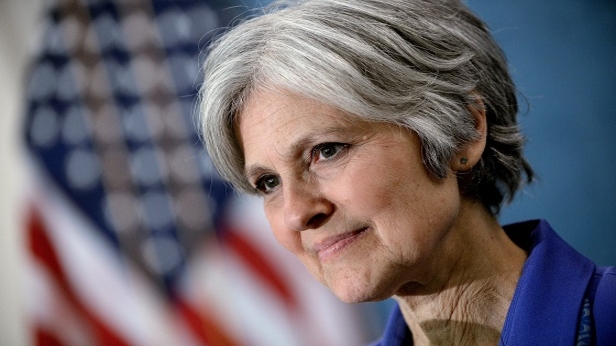 [Madison, Wis…] A third-party candidate for president who garnered just 31,000 votes is demanding Wisconsin hand-count a re-do of its election results at a cost of $3.5 million.

Jill Stein, the Green Party candidate for president on the November 8 ballot, filed a request for a recount of Wisconsin’s presidential election results shortly before the state’s Friday deadline. But after Wisconsin’s Elections Commission denied Stein’s request that ballots be counted by hand, Stein’s campaign filed a lawsuit demanding all ballots be manually counted, rather than by optical scanners.

State law normally allows local election officials to decide for themselves whether to hand-count each ballot or to use optical scanners.

Stein’s campaign and others seeking a recount will have to cut a check for the full amount of the recount before county clerks will be cleared to proceed. Had her margin been within 0.25 percent, the recount would have been paid for by the state.

“For the recount to go forward, one or both of the candidates will have to pay $3,499,689 to the Commission by 4:30 p.m. Tuesday, said Commission Administrator Michael Haas. Both recount petitioners have been advised of the cost estimate,” the Wisconsin Elections Commission stated on its website.

Stein received 31,000 votes, compared with 1,380,823 for Hillary Clinton and 1,403,694 for Donald Trump, who became the first Republican presidential candidate to win Wisconsin since Ronald Reagan’s 49-state landslide in 1984.

The recount will be a time-consuming affair for Wisconsin’s county clerks, who are in charge of conducing the ward-by-ward recount. According to the state Elections Commission:

Wisconsin’s 72 County Clerks expect to hire thousands of temporary workers to assist the county boards of canvassers in recounting the ballots. They also expect to be working extra hours and weekends to finish the recount by 8 p.m. Monday, December 12, the deadline established by the Commission today.  The Commission will certify results by 3 p.m. Tuesday, December 13.

While the recount was requested by a third party candidate who has virtually no chance of reversing the election’s results, lawyers with Hillary Clinton’s campaign for president have signed on to the recount effort. Some are alleging the Clinton campaign’s involvement is in hopes of overturning Trump’s thin popular vote victories in Wisconsin, Michigan, and Pennsylvania fueled by blue-collar voters that propelled him to winning the presidency.

Trump’s campaign is disputing the basis of the recount in Wisconsin and elsewhere as a “scam” designed to raise money for the Green Party after Democratic candidate Hillary Clinton conceded the election on November 8.

“This is a scam by the Green Party and Jill Stein for an election that has already been conceded. The result of this election should be respected instead of being challenged and abused,” the Trump campaign stated.

Stein used crowd-funding platforms to raise the millions of dollars it will cost to fund the recounts. Zero Hedge reports that Stein’s fundraising goals increased as each smaller goal was reached:

In the beginning, Stein figured she needed a total of $2.5mm to fund her recount efforts.  That figure included $2.2mm for the actual filing fees and presumably another $0.3mm for legal fees and other costs.

Then, just 12 hours later, after the cash just kept flowing in, Stein figured she needed at least another $2mm as her fundraising goal was raised to $4.5mm in total.  Of course, the filing fees of $2.2mm didn’t change but the “attorney’s fees” apparently surged by about 300% and the total costs of the effort skyrocketed to $6-7mm.

So, with nearly $5mm raised so far, the question is no longer whether recounts will occur in WI, MI and PA but just how much Jill Stein will be able to drain from the pockets of disaffected Hillary supporters to fund her long-shot efforts.

December 13 is the federal deadline for states to complete recounts.