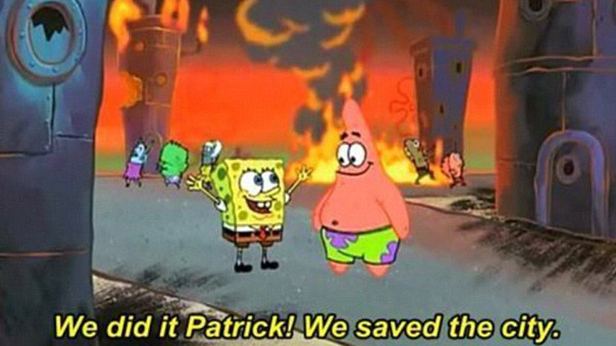 In a letter to Milwaukee County Executive Chris Abele and Milwaukee Public Schools (MPS) Superintendent Darienne Driver, State Superintendent Tony Evers has provided an update on the beleaguered Opportunity Schools Partnership Program (OSPP). Like all the recent updates on OSPP, this one is totally groundbreaking and provides all sorts of new information for the kids trapped in failing schools. Wait, no. It didn’t do any of that. Surprised? Don’t be.

While we wait for the Department of Public Instruction’s (DPI) official report cards to come out in November, the letter provides a little teaser. While MPS is not mentioned by name, Evers writes that “based on the preliminary data…there are no districts eligible for the OSPP in 2016-17.”

Well, that’s it everyone! Let’s pack it up. We did it.

Evers writes that according to the OSPP statute, schools must be placed in the lowest performance category – failing to meet expectations – or the school building must be vacant or underutilized. Further, in order to qualify for OSPP, participating schools must be located in a district categorized as failing to meet expectations. Since it’s likely that MPS will no longer be technically failing, OSPP as we know it is done. We’re sure that everyone at DPI that worked so hard to make the plan work is heartbroken.

Everything is just rosy in the halls of MPS schools, says our state DPI. There’s no need for OSPP, as it can only target school districts with two consecutive “failing” scores, and as we know – MPS isn’t failing.

This is a dangerous line of thinking. It’s shortsighted and ignores stubborn things called facts. It is a moral outrage that we would let the kids of Milwaukee graduate with a substandard education.

The latest facts come from the UW Remedial Course Report, which provides a look into remedial education at the UW System. For the first time ever, the UW System publicly released a list of all Wisconsin schools that sent more than six kids into the system who needed remedial education. The facts? Well, they’re ugly.

A school district should not be considered to be meeting expectations when so many graduates need extra help in college. Remedial education isn’t something to brush off – students pay full tuition for exactly zero credits. Perhaps worse yet, they arrive at UW woefully behind their peers after being told for years that MPS is doing just fine.

Take Bradley Tech. This is a school that attracts millions of dollars in philanthropy and is held up by MPS as “the premier technology and trade high school in Milwaukee.” Of the 12 students that Bradley Tech sent to the UW System in Fall 2015, eight of them required math remediation. Think about that number and what it means for those students.

Can it be that we’ve changed the goalposts to make ourselves feel better rather than asking tough questions and having tough discussions about what it means to meet expectations in Milwaukee and elsewhere?

The new report cards heavily weigh student progress rather than overall performance. That’s certainly important – we want to know how students are improving as a mark of their school’s effectiveness. But minimal progress isn’t everything. Ultimately, to meet expectations, school districts must produce graduates who are ready to take college courses and ready to take on the real world.

This letter shows that DPI is perfectly content with digging their heads in the sand, wishing away MPS’s failures until they technically no longer exist. If only the kids in failing classrooms could do that.