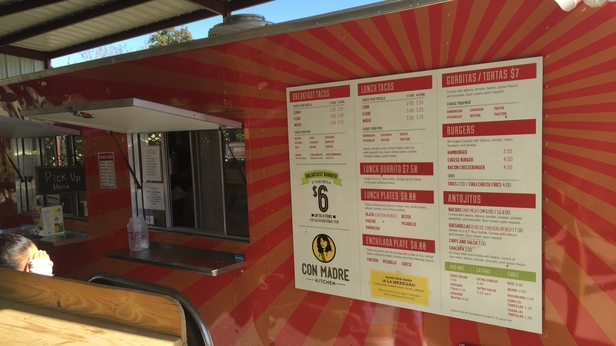 Why do we let bureaucrats decide which food truck survives?

Marco Gutierrez of Hispanics for Trump infamously warned on MSNBC that the Mexican culture is “very dominant,” and why America should build the wall on the border. “If you don’t do something about it, you’re going to have taco trucks on every corner.”

Regardless of one’s feeling about illegal immigration, taco trucks on every corner doesn’t sound so bad. But deep in the heart of Clinton country, actually Bernie Sanders country, they don’t need a wall to stop a horde of tacos from dominating the local cuisine.

The city of Madison conducted their annual food cart survey and a local favorite didn’t do so well. The Capital Times reports El Grito Taqueria just missed being in the top 40 despite being highly ranked in other surveys. Unfortunately for the owners of El Grito, missing the top 40 doesn’t mean the food cart doesn’t get a spot on American Bandstand. It means shutting down their location on the Capitol Square.

There are only 40 spots available for food carts. Rather than let the customers decide with their purchases which carts will get to remain, the city of Madison conducts a popularity contest to see who gets voted off the isthmus. It being Madison, bonus points are granted for seniority, just like public employees before Act 10.

Those food testers that participate in the survey must try the food at 80 percent of the city’s food carts. Since there are 60 carts, that means trying the food at 48 carts over two weeks, or three carts per day. Since some of them are not operating on Sunday, the wannabe food cart judge has to eat four meals per day from the carts just to meet the minimum. To sample them all, a person would have to eat five meals per day, provided the person took a (much needed) day of rest on Sunday to digest their experiences.

Such a food ordeal would be a daunting task, even for a big guy like me.

El Grito will have to close up its location by the end of the month, according to their blog. A taco truck with a B+ score is treated more harshly by Madison’s government than a failing public school.

By any other measure, El Grito is not a losing business. El Grito posted on its blog some of the recognition it has received from non-government food critics:

El Grito has had features on food sites like Eater, local spotlights in publications like the Isthmus, Brava, Madison Magazine and the Capitol Times. Ranking second best food cart in the 2016 Isthmus Annual Manual, as well as 5 star reviews on Yelp and Facebook shows there is a disconnect from the food cart evaluations and public perception.

Not surprising then that the owners want to keep operating at the current site. If it wasn’t profitable, the city of Madison wouldn’t have to shut the taco cart down. The owners would do it themselves. Given that type of attention, it’s likely the taco cart would continue on for some time provided the decision was not left in the hands of the government but left to the free market.

But the free market isn’t being allowed to work. It isn’t Donald Trump’s wall kicking the tacos out of the downtown, it’s the city itself. Those that should have the most to say about the survivability of a food cart on the Capitol Square, the actual paying customers, are actually robbed of their ability to have a say. Their food dollars don’t matter in the success of a business, just 15 people who may never eat a taco on the Capitol Square again.

This kind of instability, the success of a business subject to bureaucratic whims rather than market forces, will only hurt the quality of the food carts in the long term. Who would want to invest in the kind of quality ingredients and equipment to build a steady customer base when the location may be taken away from them in a year?

El Grito’s owner, Joshua Barraza, told the Capital Times, “If Madison wants to be a progressive street vending city, then they’re going to have to change their rules and protocols.” He suggested more professional reviewers might be a solution, rather than rely upon volunteers.

But if Madison really wants to have a fairer system for picking food vendors, then they should be less progressive and embrace the free market. If there is going to be a taco truck on every corner, it should only be if that’s the way consumers want it.