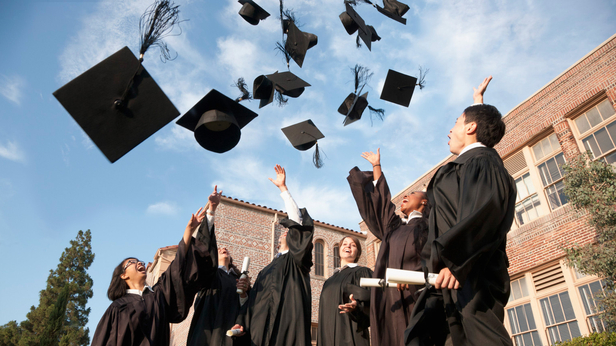 By Brett Healy
President of the MacIver Institute

[Madison, Wis…] A new report on the size and scope of the remedial education problem in Wisconsin shows that 175 high schools in Wisconsin had six or more 2015 graduates who needed remedial help in math or English as freshmen at the University of Wisconsin System. The “Legislated Remedial Course Report” is a requirement that was passed into law last session after Rep. John Jagler (R-Watertown) discovered that 20 percent of all freshmen at the UW System require remedial help in math or English – but the UW could not tell him from which Wisconsin high schools these students came. Ray Cross, President of the University of Wisconsin System, sent the report to the Assembly and Senate chairs of higher education and State Superintendent Tony Evers on September 20th.

Twelve schools, or almost 7 percent of the schools on the list, had graduating classes where 50 percent or more of their students needed additional math help when they arrived on campus.

Rep. Jagler, author of the bill that required the creation of the new report, said that it was a good benchmark with eye-opening numbers.

“Everyone is talking about college affordability and how to lower costs,” Jagler said. “This is a good place to start, because the remedial classes cost money, but the students don’t receive credits for them. Many parents are surprised when they are told their child isn’t as prepared as they need to be. Knowing in advance that their school may have a problem preparing students for the rigors of college may prompt some parents to require their children to take an extra math class their senior year, or to seek out tutoring.”

Students do not receive college credit for remedial coursework, but still pay regular tuition rates for such classes. With the average cost of in-state tuition at $5,200 per semester at UW-Madison and $3,735 system-wide, the need to take a remedial education course adds an unneeded and significant cost to the overall price of a student’s education.

Prior to this report, the UW System had studied the problem of incoming freshmen needing to take remedial coursework to catch up but had never examined from what high schools those students came. In addition to raising general awareness about the remedial education problem in Wisconsin high schools, Rep. Jagler also believes that if poor-performing schools are identified, more work can be done to address these shortcomings before students have problems catching up in freshman year of college.

When several MPS high schools received their impressive rankings from the Washington Post and U.S. News and World Report, MPS Superintendent Dr. Darienne Driver said that “it is an honor to celebrate our schools that have been recognized nationally for their success in preparing students to succeed in high school, college and careers.”

So far, Dr. Driver has not publicly commented on the new remedial education report.

U.S. News lists Whitefish Bay High School in suburban Milwaukee as the top-rated high school in the state. According to the remedial education report, Whitefish Bay High School sent 115 graduates to the UW System in 2015 and 9 of them, or 7.8 percent, needed remedial help in math and fewer than six students, although the exact number is not listed, needed help in english.

Hudson High School, located in northwest Wisconsin along the Minnesota border, was listed as one of Wisconsin’s most challenging schools by the Washington Post. According to the remedial education report, Hudson had 93 graduates attend UW System schools in 2015 and 8 of those students, or 8.6 percent, required math assistance their freshmen year.

Individual students are not named in the report, which also includes an appendix listing public high schools who sent six or fewer UW System entrants that required remediation.

Unfortunately for parents and taxpayers, the report does not give an overall total on the number of Wisconsin high school graduates who need remedial help their freshman year or a dollar amount on how much this problem is costing the state of Wisconsin. The report’s appendix lists the schools by name that had six or fewer graduates needing remedial help but it does not list how many actual students at those schools needed help.

While this is the first time the UW has been required to make this information public, they have been providing “feedback to Wisconsin high schools” for two decades. President Cross, in his cover note accompanying the report, said that “this type of feedback to the Wisconsin education partners helps to foster communications, align the curriculum, and reduce the need for remedial education.”

There was no word from Cross or State Superintendent Tony Evers on why or how so many schools sent kids to the UW unprepared if the UW and high schools have been collaborating on this problem for two decades.

Jagler also said that he hopes the report will “spark further cooperation between the UW System, the Department of Public Instruction, and our high school administrators on how they can all work together to help students be more prepared for college.”

The full report is available here.

As legislative reaction to the report becomes available, MacIver will update our story as needed. Check back often at www.maciverinstitute.com for the latest.