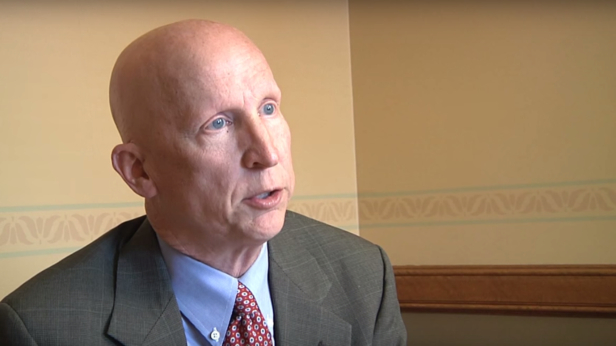 When I first joined the legislature, we were in the midst of passing Act 10. This bold conservative reform resulted in the elimination of a multi-billion dollar budget deficit. It has allowed Wisconsin taxpayers to save over five billion dollars and right our fiscal ship.

Now, five years later, some who heralded Act 10’s successes have joined Democrats to support you paying more at the gas pump. The Democrat controlled, tax-hiking legislature of 2009 who left a multi-billion dollar deficit and a depleted transportation fund was replaced by voters in 2010 by Republicans who brought fiscal restraint and reformed government to expand prosperity. Unfortunately, sometimes our memories are short and people are tempted to head down the tax increase path just a few years removed from these dire straits.

Taxing advocates point to the perceived deficit in transportation funding. This projected deficit assumes, in part, continued large future spending on highway expansions.  They dismiss the idea that some expansion projects could be delayed even though traffic counts have remained largely flat statewide. In one instance, the Wisconsin DOT left off three years where traffic was flat to justify a project. Population trends indicate traffic counts will not radically increase anytime soon. Virtually all projected population growth between now and 2040 will be among those under 18 and over 65.  Why would we spend taxpayer dollars to expand roads that do not, and likely will not, have increased traffic?

Governor Walker is leading the effort to prevent your taxes from increasing tens of millions of dollars. I strongly support the Governor’s realigned priority of highway safety and maintenance over further expansions. Additionally, conservatives in the legislature will continue to promote the implementation of efficiencies to solve any DOT budget challenges the same way we have the past few years – bold, courageous reforms. The road builder special interests and their political beneficiaries will continue to advocate for the status quo – wasteful and antiquated practices that line their pockets but do not serve the best interest of the taxpayers. Every penny must be pinched in our transportation budget – and there is plenty to pinch.

What’s more, Wisconsin’s highway expenditures is in the top fifteen nationwide. Wisconsin spends over $3.8 billion annually on highway expenditures. According to a recent study, only a quarter of the states spend more per state-controlled mile of road than Wisconsin. Wisconsin’s road disbursements of $226,000 per state-controlled mile of road are more than Minnesota, Iowa, and Michigan. Wisconsin spends more per capita on roads than Illinois and Michigan. Wisconsin is spending adequately on roads; however, our priorities continue to be on expansion rather than maintenance. We need better results from the spending we do already. For example, a re-design of the Zoo Interchange saved a half billion dollars.

With Wisconsin’s overall tax burden still in the top ten, this is no time to be campaigning for higher taxes. Even though Wisconsin’s gas tax is among the highest in the nation, those advocating for a tax increase claim that Wisconsin drivers pay less to operate a vehicle than in other states. This statement is true only when ignoring that drivers living here pay other Wisconsin taxes far and above at least 40 other states. Wisconsinites’ tax burdens should be compared in their entirety. Wisconsin drivers are taxpayers.

When I joined the legislature five years ago, the focus for Republicans was lowering our overall tax burden through breakthrough reforms. We conservatives have always addressed challenges by fixing them, not raising taxes. We all know what a competitive world we live in.  Continuing to govern this way gives Wisconsin the best chance at ensuring economic growth and prosperity for our citizens. I agree with the Governor that we cannot reverse our fiscal victories of the last five years with any tax or fee increase.

This column first appeared in the Milwaukee Journal Sentinel.