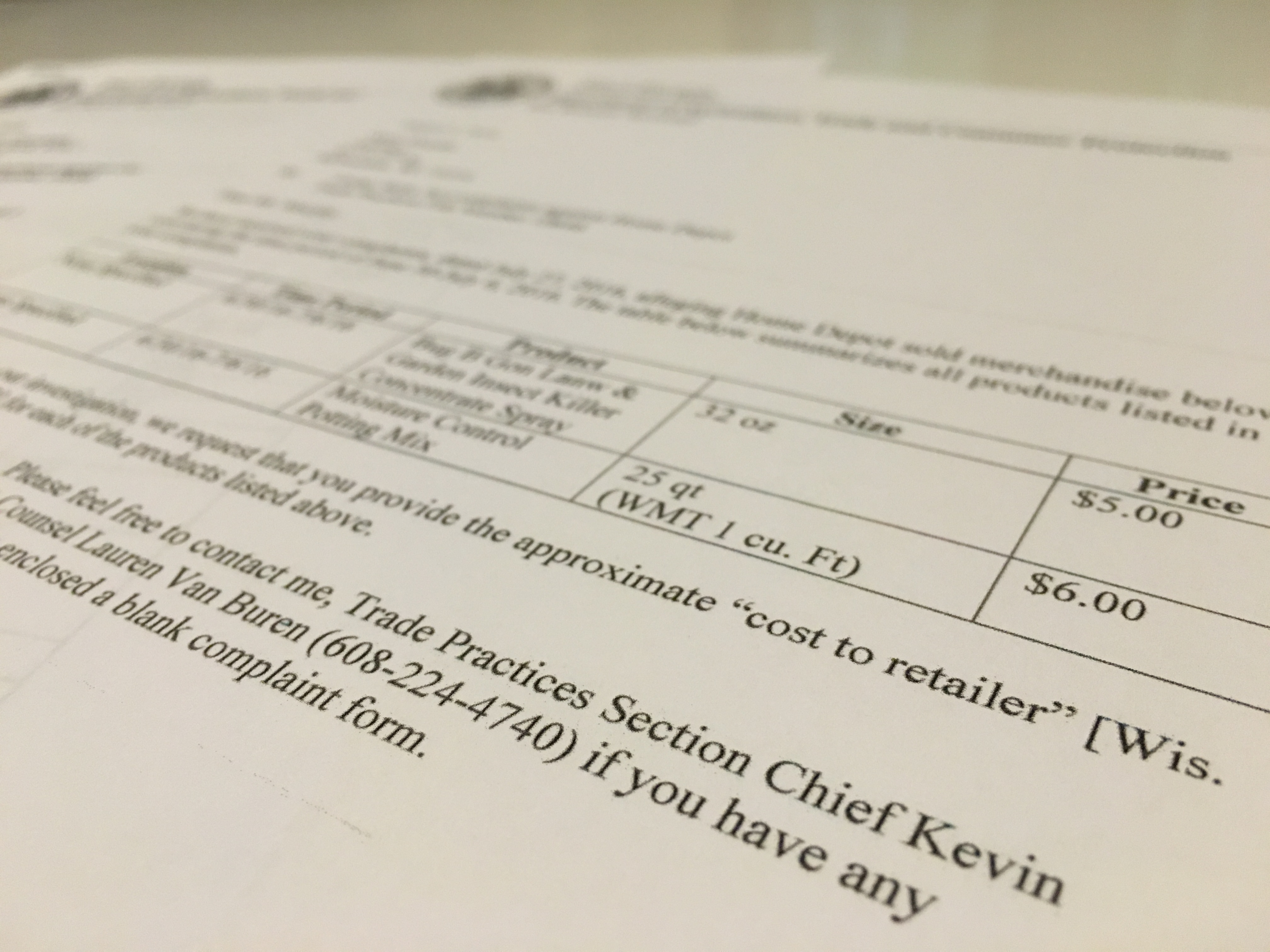 A case study in out-of-touch bureaucrats, government overreach, and one very dumb law

An exchange of letters between attorneys representing a retailer and bureaucrats at the state agency responsible for enforcing Wisconsin’s antiquated Unfair Sales Act – also called the minimum markup law – reveal the complete absurdity of the Depression-era law.

Attorneys filing recent complaints under the minimum markup law on behalf of undisclosed clients expected the Wisconsin Department of Agriculture, Trade and Consumer Protection (DATCP) to initiate investigations into the alleged violators, but the agency’s response shocked them.

Those clients filed the complaints because their businesses were placed at a competitive disadvantage by following the law, while their opponents tried to skirt it.

In response to their complaints, the attorneys received an unusual request from a DATCP staffer In a letter dated August 5, 2016. She wrote, “As the first step in our investigation, we request that you provide the approximate ‘cost to retailer.'”

So instead of investigating the offending businesses, as is standard practice when minimum markup complaints are filed, the department requested sensitive cost information from the companies filing the complaints. While the request wasn’t a demand, it was nonetheless intimidating.

Perhaps DATCP is completely unaware of the absurdity of their request and the perils that a business would face if it handed over confidential cost information to the government and, possibly, to their competition. Representatives with DATCP ensured us that such information would not be casually released to competing companies.

Forgive me if I am reluctant to trust the government, in today’s never-ending cyber attack world, to keep sensitive information private – notwithstanding their good intentions.

The retail business is extremely competitive and margins are often razor-thin. Turning over vital information to the government like the retailers’ costs could be an enormous business risk with no financial upside.

DATCP’s request could indicate that the bureaucrats there are completely clueless when it comes to the very industries over which they’re supposed to be keeping watch. It might also indicate that DATCP’s bureaucrats are interested in squashing these particular complaints.

Either way, their request is a breathtaking overreach by a government agency.

The cost information of the retailers filing the complaints is also completely irrelevant to the prices being charged by the retailers accused of violating the law. “The statute is clearly focused on the under cost violations by law violators; not the cost of those adhering to the law,” wrote Attorney Jerry Gonzalez in a response to DATCP.

“My client is concerned that Wisconsin is seeking our cost information simply because we are complaining,” Gonzalez added, saying the department’s request creates a chilling effect on future complaints.

It’s also just another example of the absurdity of the law, which is unnecessary in the today’s world and barely enforced – and when it is, it’s enforced unfairly by our bumbling bureaucrats.

Key to any worthy law is an enforcement mechanism and the fair, equitable implementation of it. It’s unfortunate and nonsensical that the minimum markup law is still on the books, but as long as it is, DATCP shouldn’t pick and choose which complaints it investigates – literally picking winners and losers in the market. It certainly shouldn’t set a policy that encourages violators to continue violating.

On the other hand, if bureaucrats at DATCP are so unfamiliar with the basic realities of business, it probably shouldn’t have the statutory authority to punish retailers for giving out deals too good to be legal.

This is especially unfortunate because the public is deeply skeptical of the law, especially when they’re aware of its specifics. A poll last year found 56 percent of respondents supported its repeal. When informed about the law’s specifics, that number rose to 76 percent. 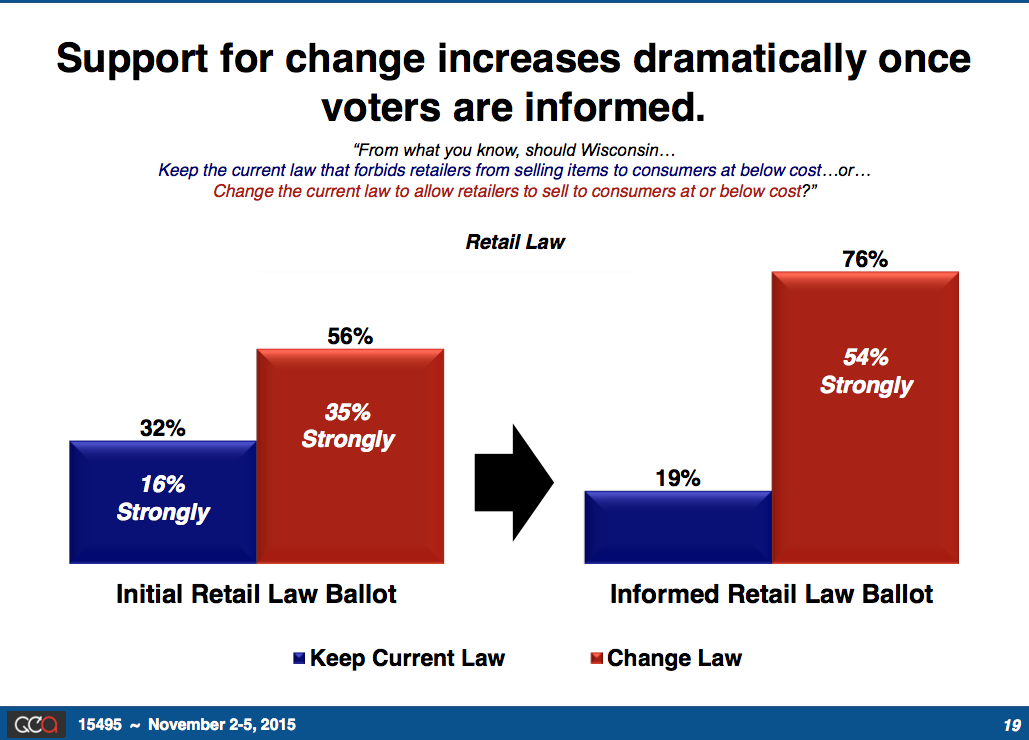 Despite strong public opposition, special interests favor the law because it creates a mandatory profit margin – much like a tax that goes directly into the pockets of established businesses. However, despite the special interests’ political clout, evidence continues to pile up that the minimum markup law is wildly out of place in a 21st Century economy.