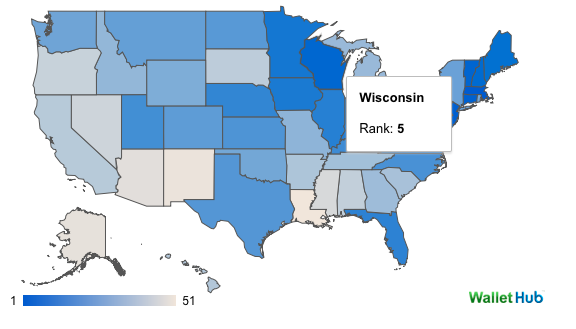 A new national report by Wallet Hub has put Wisconsin’s schools in the top five.

Safety ratings were determined by considering what percentage of public school students in high school reported being threatened or injured with a weapon on school property, disciplinary incidents as a ratio of the population, bullying rates, and youth incarceration rates.