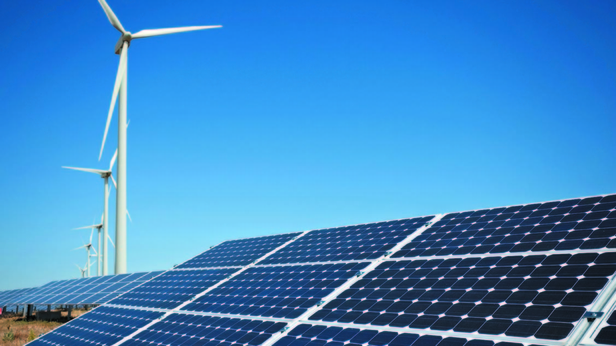 In the Badger State, government mandates require that 10 percent of electricity must come from wind, solar, and other forms of renewable energy by 2016. A worthy goal to be sure.

Because those forms of energy are more costly and less efficient, state governments eager to be seen as “green” had to make their use by utility companies mandatory. In other words, utility companies and ratepayers have no choice but to comply with these laws, known as renewable portfolio standards or RPS.

It’s not surprising then, that many states are facing blowback to RPS. Instead of continuing down this path, Wisconsin should look to other states that are proceeding with caution.

At the end of May, Maryland Gov. Larry Hogan vetoed a bill to raise his state’s RPS from 20 to 25 percent, noting he couldn’t support the soaring costs. Last year, West Virginia and Kansas completely repealed their RPS. And the year before that, Ohio hit the pause button on its RPS. In numerous statehouses, legislation has been proposed to either cut RPS or scrap the mandates completely.

With the soaring electricity prices associated with RPS, this shouldn’t come as a surprise. According to the Brookings Institute, wind power is twice as expensive as conventional power, and solar power is three times as expensive. These higher energy costs are passed on to electrical ratepayers, depressing economic output and disproportionately hurting the poor, who spend a larger fraction of their incomes on electricity.

The economic costs associated with RPS go beyond heftier electricity bills for ratepayers. Since energy is an essential factor of production and consumption activities, businesses pass along higher rates in the form of higher prices for customers.

As a result, net economic output in states with RPS is reduced — often by billions of dollars. Our study concludes that Wisconsin’s RPS will reduce its economic output by more than $1.1 billion in 2020. Elsewhere, we find that in places like Pennsylvania, the 7.8 percent RPS leads to a $1.5 billion reduction in economic output in the same year.

Finally, we know that less economic output means fewer jobs. We anticipate RPS to cost thousands of jobs per state, varying based on each state’s unique labor market. For Wisconsin, we estimate that RPS will cost our state 9,000 jobs in 2020.

While we acknowledge that RPS does create some jobs in building and maintaining solar, wind, and other renewable capacity, these job gains are dwarfed by the job losses caused by reduced economic output.

RPS are beneficial insofar as they reduce carbon dioxide emissions. But these benefits come at a high cost of between $60 and $80 per ton on average across the 12 states our study analyzed. This is a far higher price than the social cost of carbon estimated by the federal government.

Reducing carbon emissions in Wisconsin and throughout the U.S. is a worthy goal. But how great a price is the Badger State willing to pay? As our research shows and numerous states are recognizing, the cost of removing the next ton of carbon from the atmosphere outweighs the benefits. It is essential for our leaders in Madison to consider such cost-benefit analyses when crafting policy, in spite of what radical environmentalists have led many to believe.

Timothy J. Considine is professor of energy economics at the University of Wyoming.