[Madison, Wis…] Wisconsinites could face up to a 45 percent increase in their Obamacare compliant plans in 2017, according to data from the federal healthcare.gov website. 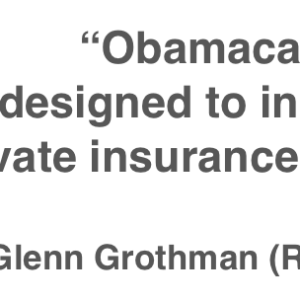 The proposed 2017 double-digit price increases come on top of an 8.67 percent premium increase last year and a 17 percent increase in the cost of the deductible for silver plans. 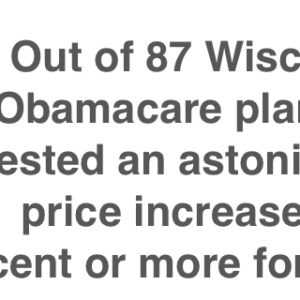 “Obamacare was designed to increase private insurance rates,” commented Grothman. “This is what happens when America falls asleep and lets a progressive become President.”

Wisconsin’s troubled Common Ground Obamacare co-op, a taxpayer-supported nonprofit insurer established as an alternative to for-profit insurance companies, requested a 12.2 percent increase. Earlier this year, it was reported that Common Ground had already spent half of the 20-year funding it was given by taxpayers in just one year. Some experts believe Common Ground could be out of business by the end of the year. 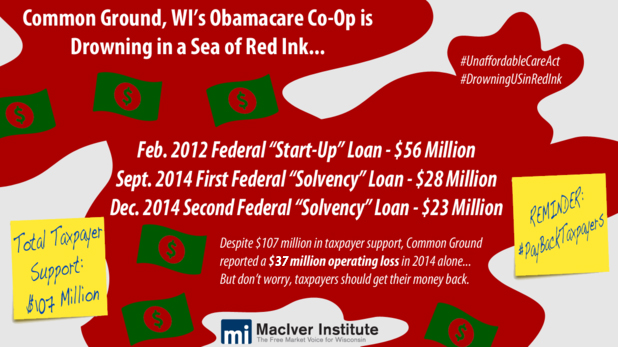 Under Obamacare, 23 non-profit health insurance co-ops were set up around the county. So far, 16 of the 23 have failed and closed their doors. Taxpayers have spent more than $1.2 billion dollars on the now-closed Obamacare co-ops.

Partially offsetting the steep hikes some plans requested, 13 plans intend to reduce rates. While most price reductions are below 5 percent, four – all under MercyCare HMO, Inc. – propose rate cuts from 13 to 16.5 percent. This includes three small group plans and one individual plan.

Of the plans that requested an increase, the average increase is almost 13 percent.

Rate changes must be approved by state insurance commissioners. At the time of our search, only requested rate increases were available, while none had yet been approved or denied.

Obamacare deductible prices have gotten so far out-of-hand that some Wisconsin healthcare systems have decided to entirely eliminate out-of-pocket payments for lower-income patients. Ascension Health and Froedtert Health have decided to waive out-of-pocket costs for patients with an income at 250 percent of the federal poverty line or below.

In addition to rapidly increasing premiums and deductibles, some health insurance companies are dropping out of the Obamacare market altogether. In June, UnitedHealth announced it was joining Humana in no longer selling products on the Wisconsin individual exchange.