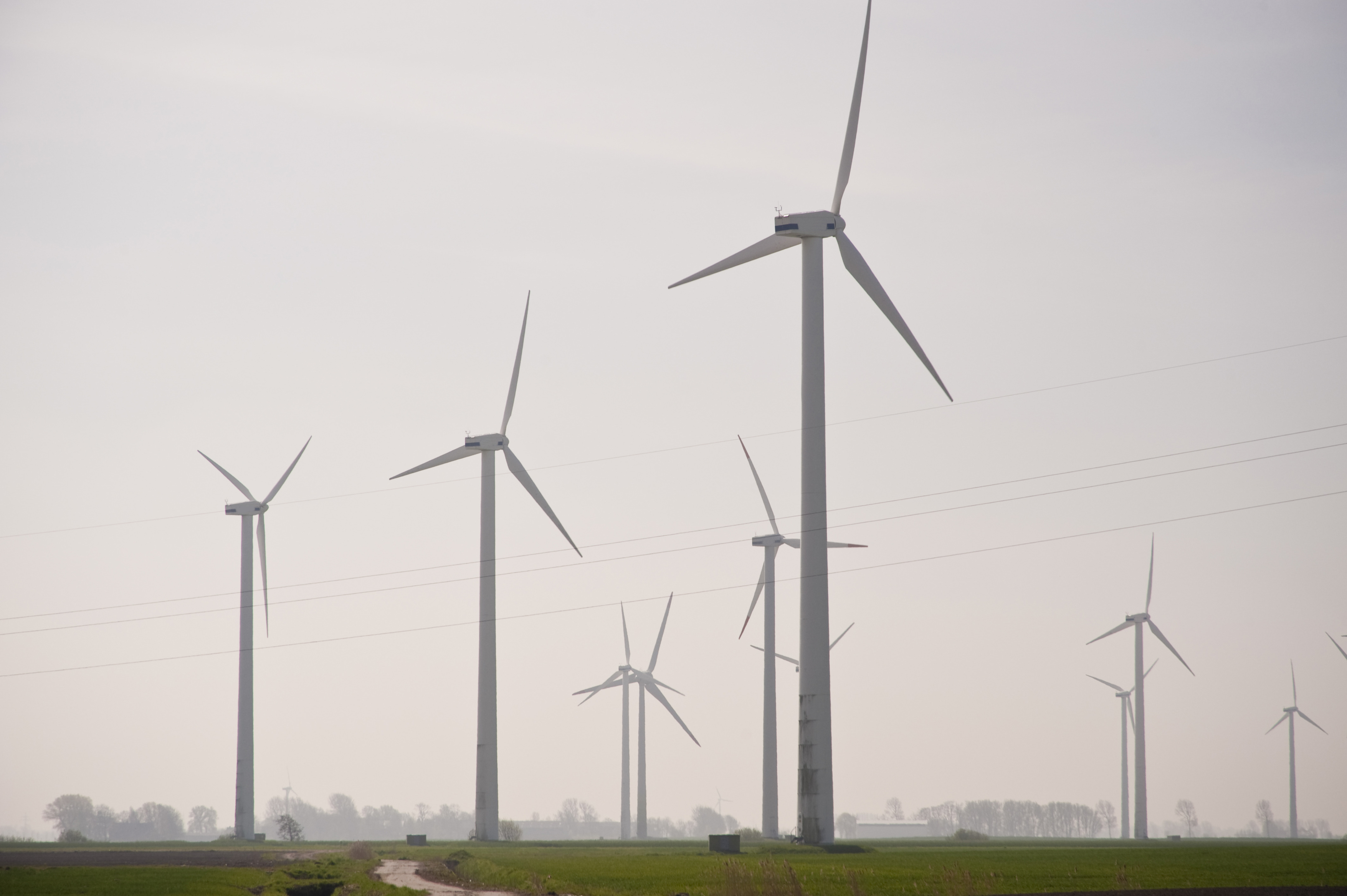 With data provided by Dr. Timothy Considine
The University of Wyoming

The new research, “Evaluating the Costs and Benefits of Renewable Energy Portfolio Standards,” was conducted by University of Wyoming professor Dr. Timothy Considine, who evaluated 12 separate states with a Renewable Portfolio Standard (RPS), including Wisconsin.

The research describes the direct cost of the RPS to the Wisconsin electricity industry and therefore to electricity consumers. Wisconsin’s RPS forces consumers to pay higher electricity costs – $474 million in 2016 alone. By 2025, the increased cost paid by Wisconsinites attributable to the RPS is projected to increase to almost $500 million.

Increased electricity rates caused by renewable energy mandates also result in approximately $1 billion in lost economic activity in Wisconsin each year. Job losses attributable to the RPS are 7,000 to 10,000 jobs below employment levels without RPS mandates, even after factoring in the meager number of new “green” jobs.

Contrary to claims made by environmental advocates that RPS mandates lead to large numbers of new “green” jobs and new economic growth, the real costs in economic activity and lost jobs attributable to RPS mandates far outstrip any negligible gains in the renewable energy industry.

In 1998, Wisconsin lawmakers chose to mandate how electricity is generated in the state, making Wisconsin one of the first states to adopt a renewable energy requirement, also called a Renewable Portfolio Standard (RPS).

Their initial proposal called for a “25 by 25” renewable standard. Under that standard, 25 percent of Wisconsin’s electricity would be required to come from renewable sources by the year 2025. That plan was eventually changed to a “10 by 15” standard that Gov. Doyle signed into law in March 2006.

The 2006 law required the state’s electric utilities to gradually increase the amount of energy they generate using renewable sources such as wind and solar.

By 2015, the state required each electric utility to generate the mandated minimum of 10 percent from renewable sources. Utilities must maintain those levels indefinitely.

Utilities are allowed to and typically do pass the additional costs of the renewable mandates on to ratepayers by increasing their rates with permission from the Public Service Commission (PSC), the state agency responsible for the regulation of Wisconsin’s public utilities.

The economic benefits of aggressive carbon reduction policies are a common refrain by supporters of renewable energy. Gov. Doyle, along with most proponents of the RPS, claimed that thousands of jobs in Wisconsin would be created by renewable energy. “Clean energy technology and high-end manufacturing are Wisconsin’s future…We have more than 300 companies and thousands of jobs in the wind industry,” Gov. Doyle said in his final State of the State address.

However, an investigation by the MacIver Institute revealed the dubious nature of Gov. Doyle’s claims that the renewable energy industry can compensate for the steep costs of a government-mandated renewable energy standard.

During that investigation, the Office of Energy Independence – an agency created by Gov. Doyle in 2007 – directed MacIver investigators to Wisconsin Wind Works, a self-described “consortium of manufacturers representing the wind manufacturing supply chain within Wisconsin.”

The advocacy group maintains an online wind energy-related supply chain database, although a routine examination of the data proved just how unreliable the figures are.

For example, Rexnord Industries was one of eight Wisconsin manufacturers listed as directly serving the wind energy industry in Wisconsin. The database shows the company has 6,000 employees. Yet a Rexnord official told the MacIver News Service that the company only has 1,500 employees in Wisconsin, and only five of those have jobs that are directly tied to the wind industry.

These exaggerated numbers were not limited to just one example. At the time of our search, the database claimed 7,632 jobs among the eight manufacturers that were primary suppliers to the wind industry. Yet, our investigation was only able to identify 31 jobs at those companies that were specifically tied to wind energy related products.

By 2014, Wisconsin utilities had fully complied with the RPS mandates adopted in 2006. Moving forward from 2015, utilities are barred from reducing their renewable energy percentage.

According to the Energy Information Administration, the national averages for each source in 2015 were 33 percent coal, 33 percent natural gas, 20 percent nuclear, 6 percent hydropower, and 7 percent renewables, 4.7 percent of which was wind.

Though Wisconsin’s utilities met the RPS requirements of the 2006 law ahead of schedule, proponents of renewable energy are certainly not satisfied. In 2014, legislative Democrats proposed a new “30-by-30” requirement, hiking the renewable mandate to 30 percent by 2030.

“Increasing it to 30 percent would require building more infrastructure than we currently need to meet electric demand, putting upward pressure on electric rates at a time our economy is trying to recover,” commented Bill Skewes, executive director of the Wisconsin Utilities Association.

The proposal had no chance of passing the Republican-controlled Legislature or being signed into law by Gov. Scott Walker, but proponents repeated claims that Wisconsin was missing out on economic opportunity by not passing the draconian measure.

Wind power provides more than 98 percent of new capacity to meet RPS goals in Wisconsin, with the remainder met by solar generating plants.

The direct costs to electric utilities and thus ratepayers to achieve 10 percent of electricity consumption supplied by renewable energy amount to $361.6 million in 2016, rising in subsequent years to over $500 million in 2040. After adding cycling costs and deducting for fossil fuel and natural gas combined cycle (NGCC) capacity costs, the net costs to meet the RPS goal are $206 million in 2016, $211 million in 2020 and 2025, and over $200 million per year thereafter. These added costs are typically passed along to electricity consumers in the form of higher rates.

The EPA social cost of carbon is from $12 to $24 per ton. Viewed on a per-ton basis, RPS mandates in Wisconsin are an inefficient greenhouse gas reduction strategy.

RPS mandates raise retail prices for electricity, increasing electricity bills for residential, commercial, and industrial customers. This increases the costs of providing goods and services in Wisconsin, reducing economic output. Annual losses in economic value added – essentially reduced economic activity as a result of increased electricity prices – range from $1.1 billion in 2016 to $1 billion in 2025, and remain about $800 million per year out to 2040, the study’s horizon.

Like in other states, the stimulus effect from RPS investment is not large enough to offset the massive negative impacts of higher electricity rates. On balance, net annual losses in economic value added from Wisconsin’s RPS goals are $1 billion in 2016, $1.1 billion in 2020, and remain near $1 billion annually through 2040.

All sectors of the Wisconsin economy are projected to lose value added and jobs as a result of RPS, with the exception of meager increases in the utilities sector.

Wisconsin’s RPS mandate has imposed significant costs on our state’s economy by displacing relatively cheap energy sources with more expensive, lower-output sources like wind and solar. The RPS raises electricity costs for all consumers, resulting in a significant reduction in Wisconsin’s economic output and steep job losses – even after accounting for the insignificant economic stimulus from mandating renewable power supplies.

While advocates of the RPS insist that renewable energy mandates benefit the economy and create waves of new jobs in the renewable energy industry, the data presented in this report demonstrates that the economic harm and job losses these mandates inflict dwarf any such gains.