The decision by several major Wisconsin healthcare systems to eliminate out-of-pocket payments for lower-income patients is giving us further evidence that Obamacare continues to fail to live up to President Obama’s fib-riddled sales pitch when the law squeaked its way into law in 2010.

Ascension Health and Froedtert Health have both decided to waive out-of-pocket costs for patients with an income at 250 percent of the federal poverty line or below. On its face, this is good news for struggling families having difficulty paying their hospital bills. The reason these major health systems made this move, however, is that Obamacare continues to fail to live up to its promise to provide affordable health insurance for Americans. 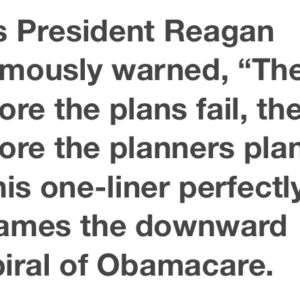 We were promised premiums would be reduced by $2,500 per year for the typical family. Instead, premiums have increased significantly and will continue to go up as next year’s rates are announced later this year.

We were promised if we already had insurance, it would be “stronger, better and more secure than it was before.” Instead, plans that weren’t cancelled have been loaded with expensive new benefit mandates.

We were promised no family making less than $250,000 would see a tax hike. In reality, Obamacare saddles the middle class with 18 tax hikes, penalties, and fees.

We were promised by the President, “I will not sign a plan that adds one dime to our deficits, either now or in the future.” In reality, Obamacare’s costs have already become unsustainable. He promised the cost curve of healthcare would bend down; it’s done the opposite. He promised to protect Medicare; Obamacare explicitly cuts Medicare. He promised his law would cover every American; millions remain uninsured.

Finally, we were promised Obamacare “means more choice, more competition, lower costs for millions of Americans.” The opposite is happening. Despite steep price increases, insurers are suffering losses in Obamacare markets so massive they’re in full retreat, reducing competition and choice across the country.

Wisconsin also leads the nation in emergency room visits, and ER visits in Milwaukee spiked after Obamacare’s implementation, according to a 2014 HCTrends report. This indicates many people don’t have access to the affordable primary care physicians Obamacare promised and are using ER services as a substitute.

Despite the obvious fundamental flaws sinking Obamacare, Washington bureaucrats continue their futile quest to prop up the system.

The feds are fighting a federal court’s ruling that it illegally gave insurance companies taxpayer money without a Congressional appropriation. They’re tweaking rules in an effort to balance the risk pools of failing Obamacare exchanges. They’re tightening restrictions dictating when people can enroll in a plan, cracking down on “special enrollment periods.” They’re even trotting out celebrities in an attempt to convince younger, healthier people to enroll. What’s next? Virtual Obamacare promos on Pokemon Go?

As President Reagan famously warned, “The more the plans fail, the more the planners plan.” This one-liner perfectly frames the downward spiral of Obamacare. 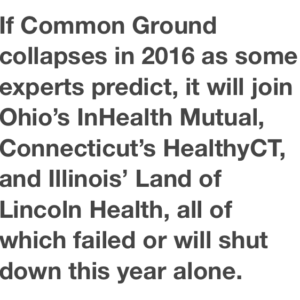 The bad news for Obamacare doesn’t stop at the string of broken promises or massive losses for insurers. Taxpayer-funded health insurance co-ops are also, predictably, in intensive care. Intended to be an alternative to for-profit insurance plans, they were infused with around $1.7 billion in taxpayer funds to set up shop and even more to prop them up.

These state-based health insurance co-ops are going down like dominoes.

Wisconsin’s own co-op, Common Ground, faces a tough year in which its fate will be decided. Common Ground has lost $84.8 million and owes the federal government $107.7 million. It’s unlikely taxpayers will see much or any of that money repaid.

If Common Ground collapses in 2016 as some experts predict, it will join Ohio’s InHealth Mutual, Connecticut’s HealthyCT, and Illinois’ Land of Lincoln Health, all of which failed or will shut down this year alone. Of the original 23 co-ops, 16 have failed so far. Only 7 remain, many on life support.

It’s time for President Obama and the Washington bureaucrats to stop tinkering around the edges, acknowledge that Obamacare has failed to provide access to affordable healthcare, and scrap the law in favor of free-market, patient-centered reform. 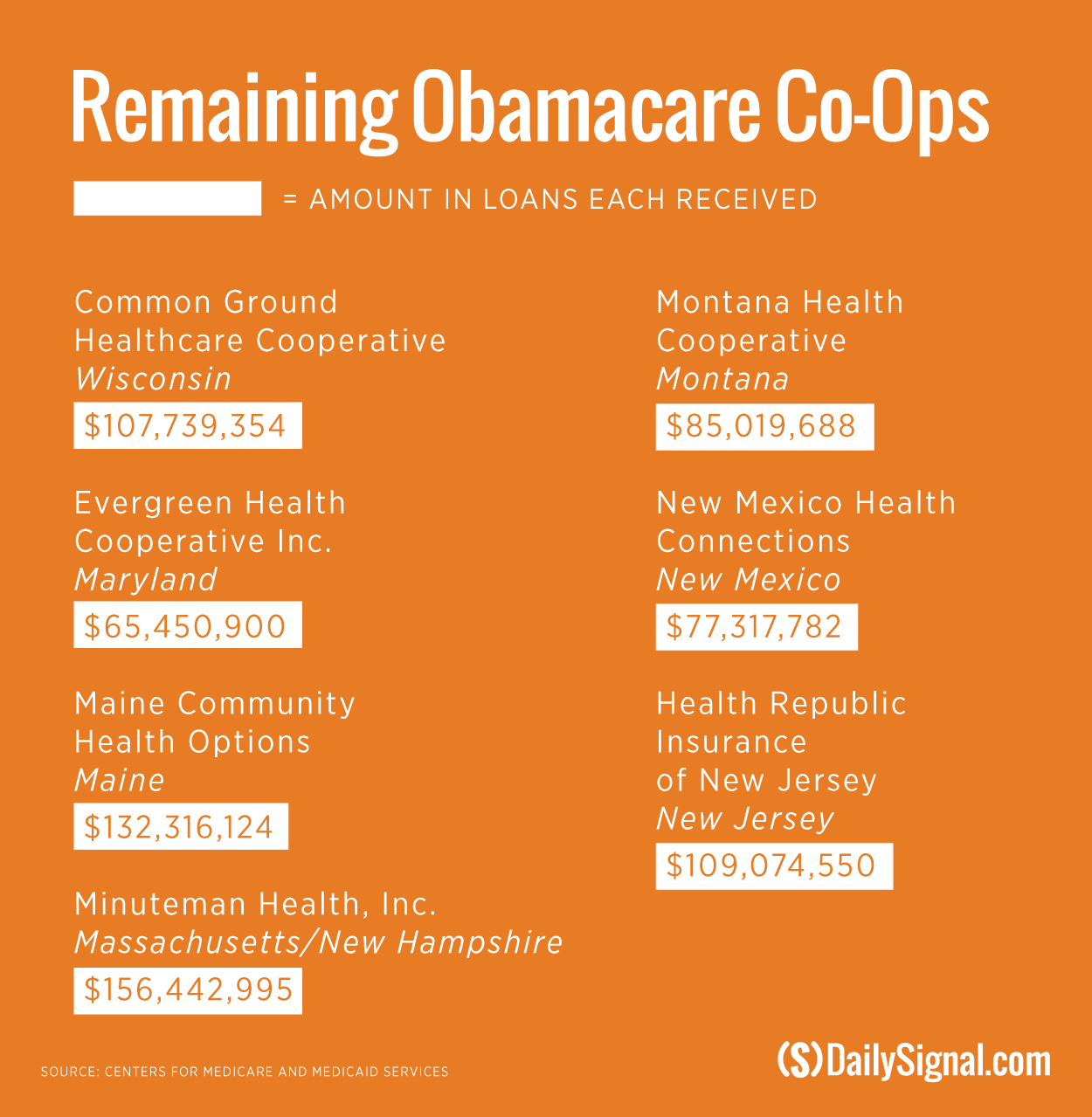