UnitedHealth is withdrawing from Wisconsin’s Obamacare market, a move that surprised no one who’s been watching the situation with clear eyes. The decision, however, is yet another symptom of the larger problem with Obamacare: it’s built on a foundation of sand that’s doomed to eventually crumble.

The Milwaukee Business Journal reported earlier in June that the health insurance giant would stop offering plans on Wisconsin’s Obamacare market. UnitedHealth now joins Humana by washing their hands of Wisconsin and backing out of Wisconsin’s Obamacare market. Anthem also significantly cut back its offerings in 34 counties last year and withdrew from Milwaukee, Kenosha, and Racine counties entirely.

Legislative leaders expressed their total lack of shock over this latest chapter in the long, slow demise of Obamacare. 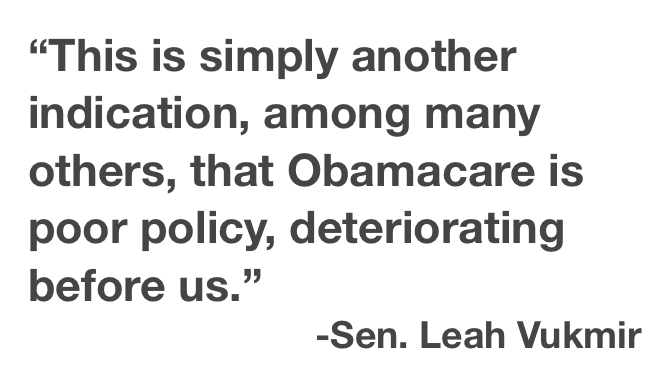 “I’m not surprised in the least,” said Rep. Joe Sanfelippo, chair of the Assembly Committee on Health. “Those of us who were opposed to [Obamacare] in the beginning said from the start that this would be unsustainable,” he said.

Sen. Leah Vukmir, chair of the Senate Committee on Health and Human Services, also saw it coming. “The UnitedHealthcare exit from Obamacare shouldn’t come as a surprise to anyone,” she said.

“This is simply another indication, among many others, that Obamacare is poor policy, deteriorating before us,” Vukmir added.

Obamacare is built on a foundation of sand, and conservative opponents foresaw its eventual deterioration and collapse from day one.

It has never taken a soothsayer to predict the slow death of Obamacare, but what did Obamacare opponents notice that its cheerleaders couldn’t see through their rose-colored glasses? They saw what has always been reality – that human beings make rational decisions about their own lives, regardless of government mandates.

Younger and healthier people have opted in large numbers to pay the Obamacare fine rather than buy ever-more expensive insurance plans that they felt they didn’t need or knew they couldn’t afford. People can also stay uninsured until they suddenly need coverage, only to drop the plan as soon as they decide they no longer need it. Whether some government official agrees with these decisions is not a factor in the decision-making process for most of us. 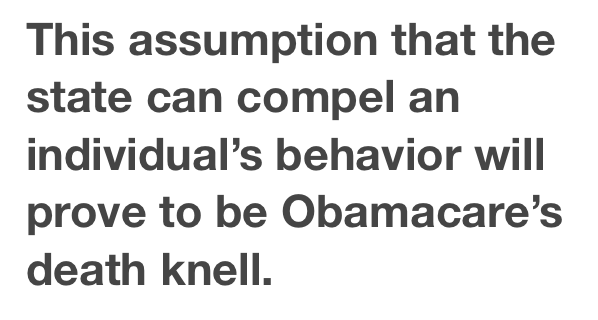 The cumulative effect of these individual decisions has left insurance plans teeming with the highest-cost individuals, especially the sick and elderly. Far fewer low-cost, healthy, and young people paying in than predicted has created a downward spiral and massive losses for insurers and Obamacare CO-OPs around the country. Forcing low-cost, healthy, young people to pay for expensive plans to offset the more expensive enrollees was a key premise of Obamacare.

This assumption that the state can compel an individual’s behavior will prove to be Obamacare’s death knell.

UnitedHealth’s exit also reminds us of the struggles of the Common Ground health insurance CO-OP, which the federal government set up in Wisconsin and lavished with millions of dollars of taxpayer money.

When originally passed, taxpayer financial support for the Obamacare CO-OP was supposed to last 20 years. Instead, it’s likely to last just two. 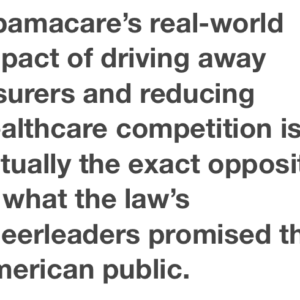 In late May, Ohio’s InHealth Mutual CO-OP became the 13th of 23 Obamacare exchanges to go belly-up. When InHealth was carted off to the mortuary, 20,000 enrollees were told they had 60 days to find a new plan.

Back in Wisconsin, Common Ground is likely to join InHealth and collapse in 2016, a Daily Caller News Foundation analysis suggested in April. The analysis was based on what a political campaign might call its “burn rate” – how fast it’s blowing through its cash reserves.

UnitedHealth’s withdrawal also means Wisconsinites will have even fewer health insurance options. In some counties, there may be just one or two choices – a recipe for pushing costs even higher. Obamacare’s real-world impact of driving away insurers and reducing healthcare competition is actually the exact opposite of what the law’s cheerleaders promised the American public.

The answer, Sanfelippo said, is to get government out of the healthcare business as much as possible and let the market take hold to ensure healthy competition among insurers and providers.

Obamacare is a slow-motion train wreck. While so many saw it coming, thanks to an intransigent President and runaway bureaucracy, reasonable Americans have been all but powerless to do anything but stand by and watch. 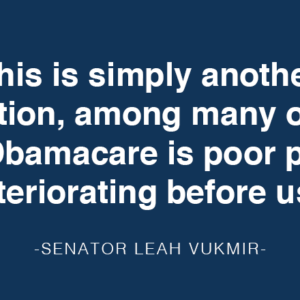