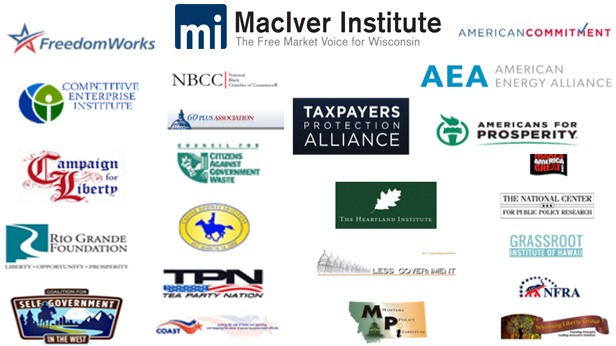 [Madison, Wis…] A national coalition of free market proponents have sent a letter reminding the United State Senate of the ramifications of a carbon tax. Twenty-five organizations, including the MacIver Institute, co-signed the letter.

In the letter addressed to Sen. Roy Blunt, the coalition argues that a carbon tax would be detrimental to the economy and impose costs that the poorest Americans would disproportionately shoulder.

Sen. Blunt has introduced a “Sense of the Senate” resolution opposing a carbon tax because of its detrimental effects on the American economy. The letter supports that resolution.

“A carbon tax will inflict economic punishment on our nation’s families and businesses by deliberately making the energy they rely on every day – electricity, gasoline, diesel, and natural gas – more expensive,” the letter states.

The letter also includes Congressional Budget Office (CBO) data showing that the higher costs imposed by a carbon tax would ultimately drive up prices for goods and services throughout the economy.

A carbon tax would also hit the poorest Americans hardest.

“[T]hese negative impacts would be distributed regressively, imposing the more economic harm on those who can afford it the least. A carbon tax would disproportionately punish lower-income Americans because, as CBO states, ‘low-income households spend a larger share of their income on goods and services whose prices would increase the most, such as electricity and transportation’,” the letter continues.