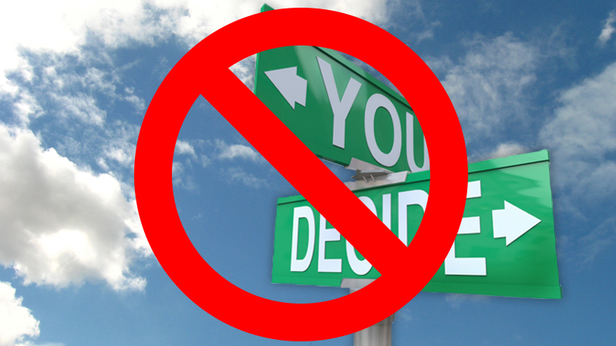 In the era of Obamacare, it’s not difficult to imagine the federal government trying to assert the power to enroll people in health insurance plans of its choosing, without the consent of the individual to be covered. To Americans who still cherish personal freedom and liberty this might seem too dictatorial to be true, but it is happening right under our noses.

A recent email from Kevin Counihan, an executive with the Centers for Medicare and Medicaid Services (CMS), outlined CMS’ demands if states want to direct the re-enrollment process for individuals insured in their respective Obamacare marketplace:

“If CMS does not receive notice from a state regarding its intent to direct the auto re-enrollment of its QHPs (qualified health plans) no longer available in the Marketplace by 5:00 p.m. ET on June 24, 2016, CMS will proceed to direct auto re-enrollment for applicable QHPs.” 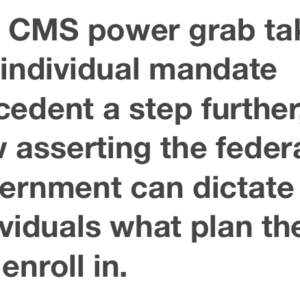 To translate: if a state doesn’t bow to the altar of federal power and carry out their nefarious plan, the feds claim the authority to dictate which plans individuals are placed in. The letter cites a federal statute that Counihan claims gives CMS this authority, but Wisconsin’s Commissioner of Insurance, Theodore Nickel, critiqued the interpretation of the law as overly broad and in violation of a number of laws.

Nickel pushed back against the CMS power grab in a letter to Counihan, strongly contesting the claim that federal bureaucrats have the power to choose plans for Obamacare marketplace participants without their consent.

In fact, the very law Counihan cites also provides that the process of enrollment in insurance plans should be done “to the extent permitted by applicable State law,” Nickel points out.

Counihan’s assertion about the authority of CMS violates various Wisconsin laws. “Wisconsin law requires anyone participating in the solicitation of insurance to hold an agent license,” Nickel states in the letter. It’s doubtful that federal bureaucrats looking to make healthcare decisions for Wisconsinites have such a license.

Longstanding Wisconsin law also puts a particular emphasis on the rights of individuals to enter contracts, such as buying health insurance, of their own free will and free from external pressure. Federal bureaucrats might find the spirit of such a law a quaint relic of the days when individuals could make choices for themselves, but the CMS dictate nonetheless violates it.

Nickel also cites the risk to healthcare consumers’ privacy. In order to forcibly move an individual from one insurance plan to another selected by federal bureaucrats, CMS will inevitably need to release nonpublic personally identifiable information – healthcare-speak for personal information that’s required by law to be strictly protected by anyone entrusted with it. The transfer of such information without consent violates Wisconsin and federal law.

Further, what personal information is more critical than your bank account information? Nickel warns that consumers’ banking information could be shuffled from one insurance company to another without the consumer’s knowledge, and payments could be withdrawn without their consent to pay for a plan they never chose in the first place.

Consumers might also be forced to deal with complicated paperwork for insurance they may not even be aware they have, including setting up methods of payment. Unilateral federal selection of new plans for enrollees will create rampant confusion, and some people might end up with a ruined credit report as a result. 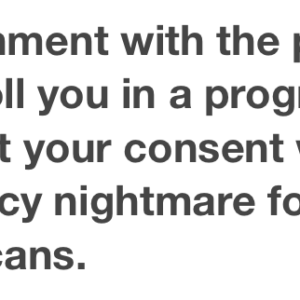 Not too many years ago, the idea that government could have such power over our personal lives and finances would have been the fodder of outlandish dystopian novels. Today, it’s reality.

If government can now force you into what they think is the best health insurance plan for you, what’s to stop it from putting you into a worse plan, say, to cut costs? Or worse, what is to stop the government from auto-enrolling you with the company that has applied the most grease to Washington politicians’ palms?

President Reagan warned that we may some day reach a time when Americans would tell their grandchildren stories of when America was once a nation of free people.

The creep of big government and the totalitarian control of every facet of our lives is proceeding faster than even Reagan feared. The Gipper probably wouldn’t say “I told you so,” but he told us so.