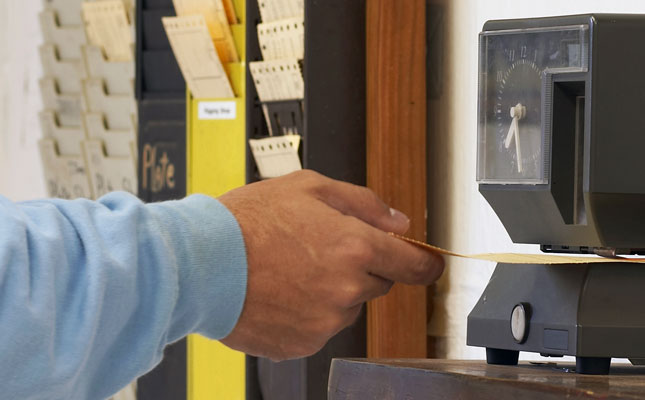 Draconian new regulation will wreak havoc on any organization that writes paychecks, limit workplace flexibility, and hurt those it purports to help

One of the most under-reported stories in years took a big step towards reality on Wednesday when the federal Department of Labor released its new overtime requirements which will dramatically increase the federal salary threshold and hit nearly anyone who writes a paycheck.

Under current law, employers are required to pay a salaried employee $455 per week, or $23,660 per year in order to classify them as salaried, and thus exempt from federal overtime requirements. The new rule will require employers to pay overtime wages for any employee making less than $47,476 per year. It also increases the new salary threshold every three years.

The new salary rule is also a classic one-size-fits-all blanket regulation because it doesn’t consider differences in the cost of living from one region to another. A bag of groceries bought in downtown Mequon does not cost the same as one bought in midtown Manhattan.

This is just one of many reasons the president’s new rule is opposed by a diverse coalition that spans the political and economic spectrum. The National Association of Cities, National Federation of Independent Business, the Association of American Universities, the Society for Human Resource Management, the YMCA, Salvation Army, and Habitat for Humanity have publicly declared their opposition to the rule.

Particularly hard-hit will be local government and their taxpayers who will be forced to pay bureaucrats more for the same level of service. The rule could cost Wisconsin state government an additional $13.7 million per year, or $27 million per biennial budget, according to a Legislative Fiscal Bureau memo requested by Rep. Dave Steffen (R-Green Bay). That estimate does not include the UW System, the courts, the legislature, or local units of government.

The rules could also cost the UW System $30 million more per year. The UW System is among those protesting the Obama Administration’s new rule, sending a letter to Wisconsin’s congressional delegation urging them to take action. “If the Executive Branch will not amend the rule, we strongly urge your support for legislative efforts to further evaluate and mitigate the economic burden of the proposed regulatory changes on the UW System,” wrote system president Ray Cross in a letter signed off by all chancellors.

Additionally, counties may be forced to drastically alter their employees’ compensation packages potentially by reducing benefits, said Kyle Christianson, Director of Government Affairs for the Wisconsin Counties Association. The Society for Human Resource Management has also voiced this criticism, which Christianson said might be a particularly appealing approach for county governments that offer generous benefits.

Rep. Steffen’s preliminary math shows the rules could cost Wisconsin $200 million over two years in total. Local units of government under the strain of the new rules are likely to look to Madison for help.

The mainstream media apparently doesn’t understand the catastrophic consequences the new rules will have not just for governments, schools, small business owners, and bosses in corner offices, but also for the very opportunity seekers the rules purport to help.

Small startups will struggle to find the talent they need as they begin the long slog to profitability and competitiveness. Small businesses will have to waste time processing time-clock paperwork rather than providing their product or service. Nonprofits will be forced to cut staff or institute draconian payroll policies. Other industries will have to cut back on the number of salaried, managerial positions and increase the number of part-timers to keep their books balanced.

All will likely have to transition dedicated exempt employees to hourly pay, track their hours, and limit when and where they can work. Thus, another consequence of the Obama DOL’s beneficent scheme – in the private and public sector, the workplace will become more rigid and mechanical in a time when employees are actually seeking more flexibility in their jobs.

What does this mean for the average worker? While Obama’s new rule sounds good as a bumper sticker or soundbite, in the long term, employees will find opportunity dry up. With positions in management consolidated into a few highly-paid exempt managers, fewer rank-and-file workers will have the opportunity to grab the bottom rung of the career ladder, earn promotions, and begin to climb.

Bigger companies with a robust HR staff will have an advantage over their smaller competitors, the workplace will become more rigid as previously liberated employees are forced to clock in and out, and part-time jobs will replace decent, once-abundant managerial ones. And taxes taken from their already-scant paychecks will fund unnecessary new government spending.

Viewed from high above, it’s easy to see that Obama’s new overtime rule will be a disaster for entrepreneurs and the average working person.