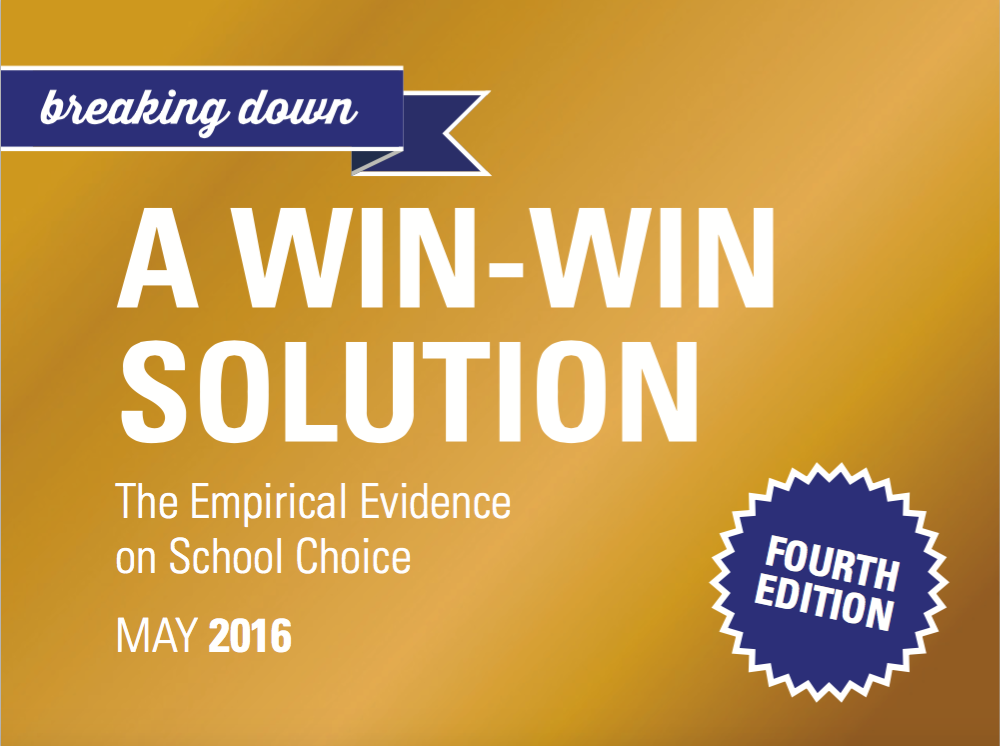 A review of 100 empirical studies on school choice has shown that the overwhelming majority of studies find positive effects on students, schools, and community culture. Now in it’s fourth edition, “A Win Win Solution: The Empirical Evidence on School Choice” surveyed all available empirical studies in five policy areas.

All 18 empirical studies that examined academic outcomes for school choice participants used random assignment, considered to be the gold standard in the academic community. Of those studies, 14 found a positive effect on student academic outcomes, two found no visible effect, and two found a negative effect. 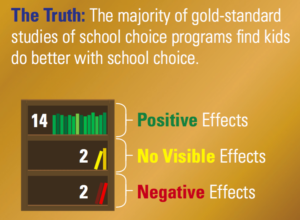 Forster goes on to say that the researchers conducting one of the studies in Louisiana acknowledged that private schools entering the program have experienced rapid enrollment declines, indicating that some schools may enter the program to up enrollment numbers.

“Where a program is unattractive to private schools, only schools desperate for cash flow can be expected to enter the program,” Forster commented. “And those schools will usually be the worse schools.”

This is the fourth edition of this survey and the first time that Forster has discovered any negative effects on students. Nevertheless, over three-quarters of the studies measuring academic outcomes of students in school choice programs found that some or all students experienced positive effects as a result of their participation. 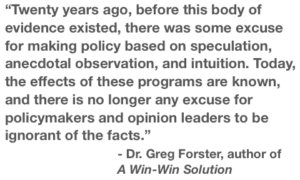 Dr. Forster’s report also found that 31 of 33 studies showed that choice improves academic outcomes at public schools. One study found no visible impact, and one study found a negative impact. This finding undercuts the common criticism of the choice program that it hurts public schools.

Since the last edition of Forster’s report was released in 2013, 23 new studies of the academic effects on public schools have been conducted.

Every single study that examined the effects of school choice on Milwaukee’s public schools found a positive effect. 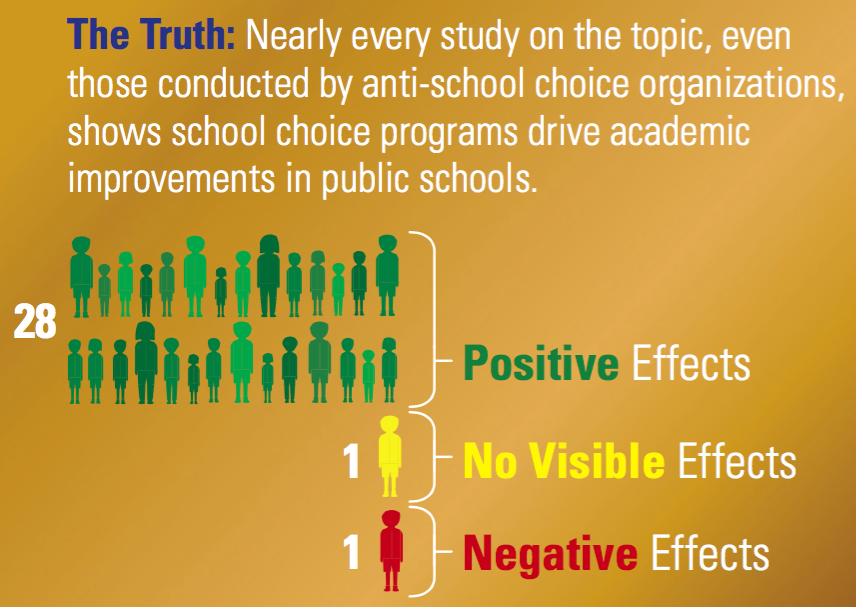 Forster also examined all empirical studies that looked at the fiscal impact of choice on taxpayers and public schools. Of those studies, 25 found that school choice programs save money, and three found the programs to be revenue neutral.

Much of the research done on school choice focuses on academic and fiscal outcomes, but other studies delve into the more cultural aspects of education. Ten studies have examined the impact of school choice on racial segregation in schools – of those, nine found students were moved into less racially segregated classrooms and one found no visible effect on segregation. No study has found school choice to increase racial segregation, another common criticism of the choice program. 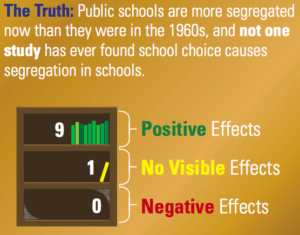 The last category of Forster’s research examined empirical studies which measured how school choice affects civic values and practices such as tolerance. Of the 11 studies conducted, eight found that school choice has a positive effect on civic values, and three found no visible effect. No study has found school choice to negatively affect civic values.

MNS reported on the most recent survey, which found that students who participated in the Milwaukee Parental Choice Program (MPCP) through high school were 75 percent less likely to commit a felony than similar public school students. Once remaining in the program for four to five years, MPCP students – especially males – were less likely to commit misdemeanors or felonies of any kind, or to be accused of any crime.

Forster’s last release examined 46 empirical studies that researchers had conducted through 2013 – in the last two years, the number of studies conducted on school choice has more than doubled.

Most recently, test results from the Department of Public Instruction reaffirmed the notion that school choice improves outcomes for students. When compared to students at public schools, choice students in all three Wisconsin programs scored higher in every category.