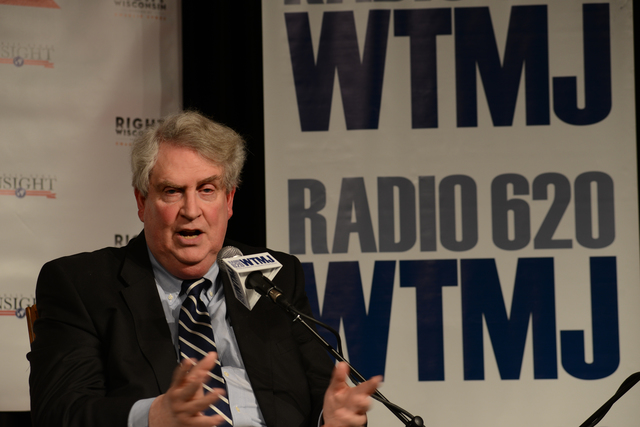 [Madison, Wis…] Suspended Marquette University professor John McAdams has filed a lawsuit against the university over its decision to terminate his tenure and fire him unless he apologizes, the Wisconsin Institute for Law and Liberty announced today.

McAdams, who runs the conservative Marquette Warrior blog, was suspended in 2014 after criticizing one of the university’s philosophy instructors for telling a student that discussion opposing gay marriage would not be permitted in the class. The student recorded the conversation and approached McAdams with the story.

WILL provides more background on the incident here.

“Marquette University guarantees its tenured faculty academic freedoms, including the right to free speech. That right was violated when Marquette suspended Professor McAdams for blogging about an incident between an undergraduate student and a graduate instructor where the Instructor told the student that any discussion on gay marriage in an ethics course would be considered homophobic and inappropriate,” WILL stated in an announcement of the lawsuit.

“For blogging and defending an undergraduate student, Professor McAdams is being suspended. But it is worse than that. He is being told that he will be fired unless, in the manner of a Soviet show trial, he confesses guilt and admits that his conduct was ‘reckless’,” said WILL president and general counsel Rick Esenberg.

In filing the lawsuit, McAdams refuses to apologize. “Professor McAdams will not apologize because he has done nothing wrong,” WILL said in its statement.

“I think the most overlooked aspect of this matter is that no one in the Marquette Administration has taken seriously the complaint of the undergraduate student who was silenced by the Instructor,” McAdams said.

A copy of the official complaint is available here.