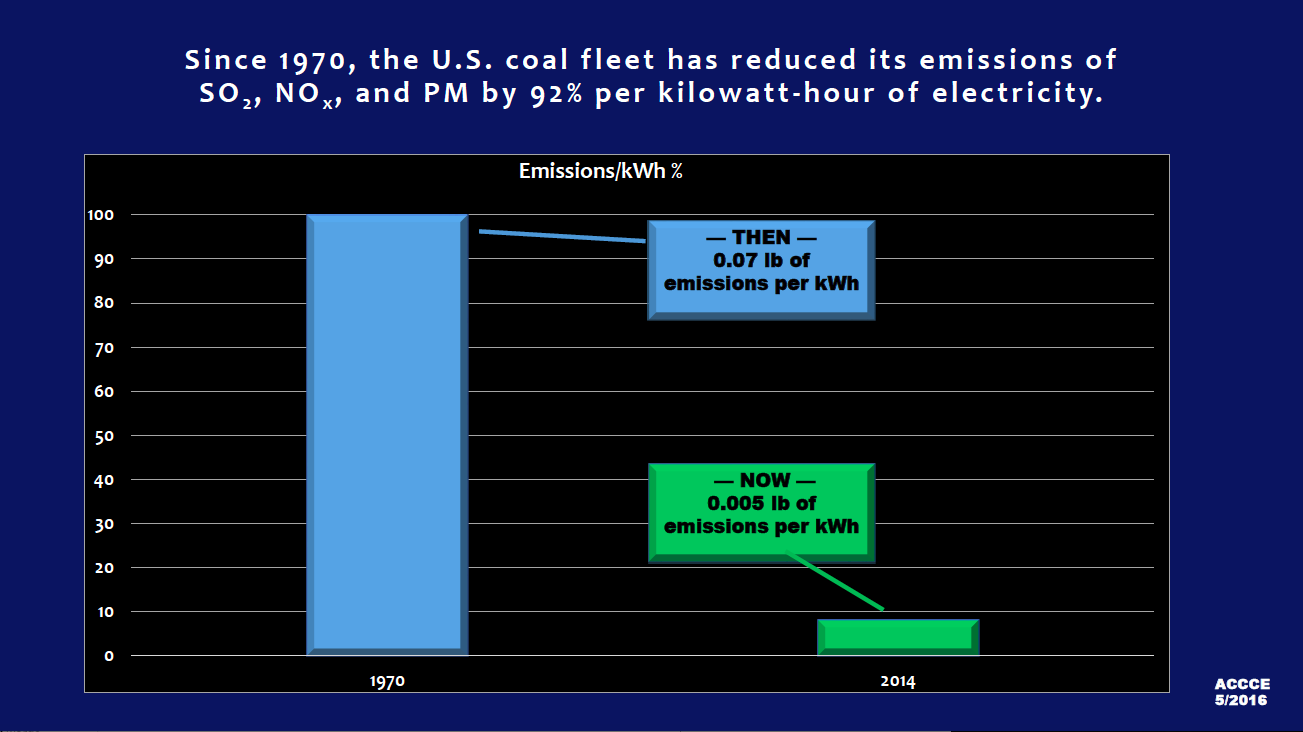 [Madison, Wisc…] The U.S. Energy Information Administration has announced that CO2 emissions produced by the electric energy sector are at their lowest levels since 1993 and 21 percent lower than in 2005.

The lower levels of CO2 emitted by the energy sector highlight both the increased efficiency of the existing coal-powered electricity plants and the electricity industry’s move towards using cleaner natural gas instead of coal.

Despite these successes, the Obama Administration continues its plan to implement the Clean Power Plan (CPP). The CPP requires that each state submit plans for cutting its carbon emissions by 32 percent by 2030. These reductions do not take into account the gains a state may have already made in reducing its CO2 levels prior to the CPP’s creation.

According to a joint report by the MacIver Institute and The Beacon Hill Institute at Suffolk University, the original Clean Power Plan proposal would have cost Wisconsin $920 million in 2030, increased electricity prices by 19 percent, and lowered disposable income in the state by nearly $2 billion. Since MacIver and Beacon Hill published their report, the Obama administration increased the carbon emission reductions from 30 percent to 32 percent. Now that the finalized rule requires a larger percentage of reductions, the costs could be even higher for the Badger State.

In an effort to curb pollutants, the coal-powered electricity industry has invested $110 billion — $96 billion of which was spent in the last two decades — to make their plants more efficient in reducing pollutants. Considering nearly all coal-fired plants today are equipped with one or more clean air technology, the industry has succeeded in its goals to ensure its efforts are as comprehensive as possible. The result of the industry’s success means that the coal-fired power industry currently produces each kilowatt-hour of electricity 90% cleaner than it did four decades ago.

This year’s reduced CO2 levels may also represent the U.S. energy sectors shift away from coal towards natural gas as its primary source for producing electricity. Natural gas burns cleaner than its coal counterpart.

Graph A
Graph B

The CPP was stayed by the Supreme Court in February so that the plan could not go into effect while the DC Circuit Court of Appeals considers its constitutionality. Oral arguments are scheduled for September.