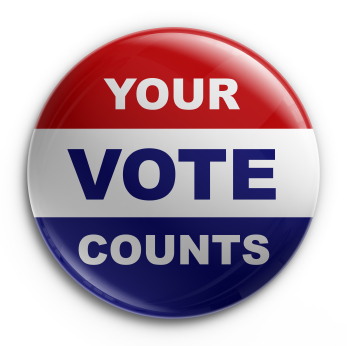 Over the past few years, the number of school referendums has been increasing. This spring is no exception. A total of 56 communities will be holding 71 referendums. On each referendum, 22 are asking voters to approve $10 million or more dollars. In the case of the top three most expensive referendums, the school district in Superior is asking voters to approve spending $92.5 million. Hudson school district is asking for $74.3 million, and Mukwonago is asking for $49.5 million.

Another 41 referendums are asking voters to spend between $1-10 million.

If each of the school districts had voters approve their referendum requests, Wisconsinites would approve a huge $853,216,000 in new spending. That’s nearly one-fifth what Gov. Walker’s Act 10 saved Wisconsin taxpayers over 5 years.

If Wisconsinites wonder why Gov. Walker’s statewide tax reforms haven’t had more impact, taxpayers might want to check in with their local governments to see if officials are utilizing Gov. Walker’s money-saving tools. They might also ask why their local government needs to borrow money for important projects when some of them could be paid for by putting aside the savings from Act 10 and other reforms.

Voters might be surprised to find how local governments are spending the savings they reaped from Act 10.

Consider the Medford Area School District, which tomorrow is asking voters to approve spending $3,205,000 for “heating and cooling upgrades, facility remodeling and improvements, the addition of a new drop off and pick up loop with additional parking at the Middle School and other parking lot improvements; and acquiring furnishings, fixtures and equipment.” Medford is also asking to spend $975,000 on upgrading the high school’s swimming pool, including “constructing an addition for the water treatment room.”

Didn’t Medford try to use Act 10 to create savings to pay for these types of projects? When the MacIver Institute tried to find if Medford had used Act 10 to save on costs, we discovered that they had switched health insurance providers in late 2015.

Medford’s savings from switching health insurance were estimated to be $479,000. When the MacIver Institute examined the board’s minutes to find what the Medford School board did with those savings, we were shocked.

According to the minutes of a November 19, 2015 meeting, the board carried a motion to spend $5,000 of Act 10 savings on a Christmas party. The board agreed to spend away another $75,000 by giving each employee a $300 bonus, even though the average compensation for the district’s teachers is $77,000. Lastly, they agreed to give all support staff an $11 hour minimum wage, in addition to that $300 bonus. The cost of that third decision will continue to grow into the future.

Ironically, considering how to spend the Act 10 savings was agenda item number 8. Item number 10 of the same meeting was “Consideration of April 2016 Referendum and Approval of Resolutions.” In that agenda item, the 8-person board voted unanimously to have a $3,205,00 and $975,000 referendum this spring.

Before each voter decides to approve or disapprove a school referendum, make sure you know how your money is being spent. Find out if the board really has cut all the costs that it can. And if they have, then find out what they did with the savings.