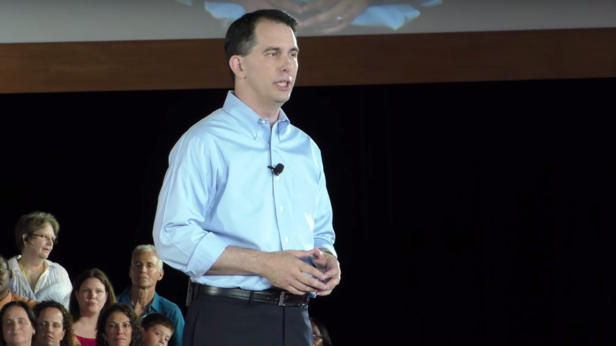 With the retirement announcement by state Supreme Court Justice David Prosser, the focus is now on his successor. Applicants are already filing the necessary paperwork, some serious, some less so. Some are even making it known that they’re “considering it” whether or not they’re even asked.
The current process of filling the Supreme Court vacancy is pretty straightforward. Governor Scott Walker has an advisory committee that will sift through the applicants and they will make their recommendation to the governor. Walker will make the appointment who will serve a term that will expire in the first year there is not a Supreme Court election currently scheduled.

The importance of the appointment cannot be overstated. Governors only get one shot at getting the appointment right and then we’re stuck with the choice until the next available election year. In this case, the next available election is in 2020, after the ten year terms expire for Justices Annette Ziegler (2017), Michael Gableman (2018) and Shirley Abrahamson (2019).

Given the rate that incumbent justices are re-elected (Louis Butler was the first incumbent justice to lost in 41 years), it’s likely the next appointment will be serving as long as health and personal inclination allow. Still, voters will have a pretty clear idea of the justice’s record by then and will be given the choice of retaining that person or choosing an alternative. While governors have the ability to make an impression on the court with appointments in the case of vacancies, there is still a democratic check on the process.

That should settle the minds of those who are naturally opposed to the governor’s conservative judicial philosophy. But if state Supreme Court elections has revealed anything in recent years, it’s the unsettled minds who are more inclined to pursuing their ends rather than the means of selecting the next justice.
Consider the result after the re-election of Prosser in 2011. The Milwaukee Journal Sentinel actually editorialized in favor of appointed justices, lamenting the politicized nature of the election. They supported a “merit-based system” where the next Supreme Court justice would be picked by a special “nonpartisan” committee appointed by the governor. The governor would then appoint said justice, and the editorial boards would be happy, presumably, if the winning candidate met their test of “nonpartisan” (one who agrees with them) enough.

Since voters cannot be trusted to choose between competing judicial candidates because they kept selecting justices the newspaper did not like, they would only be asked to vote up or down on the incumbent. If it’s thumbs down and the justice is fed to the lions, the “nonpartisan” committee would pick someone else.

Their editorial, of course, did not mention that Prosser was originally appointed by former Governor Tommy Thompson. Nor did it mention the cause of the tumultuous campaign which was JoAnne Kloppenburg’s role as a liberal proxy in the war against Act 10, the very partisanship that supposedly upset the editorial writers. Nor did the editorial mention that had Prosser been subjected to a straight up-or-down vote it would have been just as politicized, if not more so. Selection by a committee with no democratic input is preferable to the messiness of politics.

Fast forward to the vacancy caused by the death of Justice Patrick Crooks when, fearing the appointment of Justice Rebecca Bradley, the Milwaukee Journal Sentinel in October urged Walker to leave the seat vacant until the April election. “Maybe the state should change the way it selects justices; we’ve argued that. But right now, Wisconsin voters still make that choice — and Walker should allow them to make that choice without giving an advantage to one candidate.”

They weren’t alone, anymore than they were when they originally wanted to limit the input of the voters. When the Milwaukee Journal Sentinel editorialized in favor of an appointment process editorial boards like the Wisconsin State Journal’s were in full agreement. When the Milwaukee Journal Sentinel editorialized against appointments, liberal special interests were already lined up to announce they were opposed to the governor making a selection, and then they lined up again to denounce Walker’s pick for the high court.

It will be interesting to see what contortions the Journal Sentinel editorial board will go through this time to oppose Walker’s appointment.

To be fair, the Wisconsin State Journal has consistently supported merit-based selection as a cure for the partisan politics afflicting court races even though such a system would do no such thing. Their most recent editorial mentioning their preference for merit-based selection was in an editorial endorsing JoAnne Kloppenburg against Bradley. That this was in direct contradiction to their support of the appointment system did not seem to bother them.

But the voters have proved wiser than the state’s editorial boards about preserving their democratic role in the selection of the state’s Supreme Court justices. In a poll conducted for the liberal special interest group Justice at Stake at the height of controversy surrounding Justices Prosser and Ann Walsh Bradley in 2011, voters opposed moving to a merit-based system 59% to 23%. Perhaps it’s because the voters are clever enough to see that the so-called merit-based system will not remove politics from the process but merely move the politics to a venue more conducive to liberal politics.

If the state’s editorial writers were really interested in removing politics from the Supreme Court justice selection process, they would attack the source by criticizing a liberal judicial philosophy that sees the courts as a legislature making law instead of a judicial body upholding the rule of law. Because if the role of the courts was limited to their intended purpose, special interests would not need to contend through proxies to control the court.