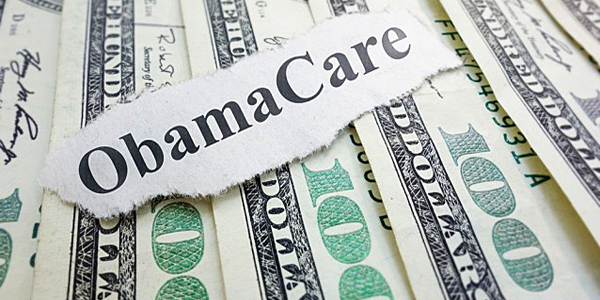 Senator Tammy Baldwin picked an odd time to support expanding Medicaid in Wisconsin as part of Obamacare. Last week Baldwin announced her support for the “SAME Act” which resets the clock on accepting federal money for Medicaid expansion. This would allow states like Wisconsin, which refused the extra federal money, to get the same amount of subsidies as states that accepted the money earlier.

Under Obamacare’s Medicaid expansion, states that choose to expand their existing Medicaid programs to provide coverage to all individuals up to 138 percent of the federal poverty level would see the entire cost of the expansion covered by the federal government until 2017. Afterwards, the amount of the subsidy would eventually decrease to 90 percent. The remaining portion would have to be paid by the state.

Passage of the SAME Act would mean the clock would start whenever a state opted in. So if Governor Scott Walker and the Republican-controlled legislature suddenly changed their minds, or a Democratic takeover of the state happened, Wisconsin could decide to take the federal money to expand Medicaid and still receive 100 percent of the costs paid for by the federal government for three years. And there’s nothing better than free money, right?

Except, of course, the money isn’t “free.” Federal money means federal tax money or more federal borrowing, and the federal government is already $19.2 trillion in debt.

Last December, Baldwin’s Democratic colleague state Senator Jon Erpenbach requested the Legislative Fiscal Bureau to figure out how much Wisconsin would “save” if the state accepted the Medicaid expansion. In 2016, the cost would have been $228.4 million and $580.5 million for fiscal year 2016-17. There would have been $808.9 million in additional federal spending to finish the biennium compared to the $323.5 million Wisconsin would have received back, for a net increase in government spending of $484.4 million. By 2021 spending would increase $3.14 billion at the federal level for a net increase in government spending of $2.07 billion.

Other states are learning the hard way the real cost of Medicaid expansion. In Ohio, the projected cost of expanding Medicaid was $14 billion from 2014-2020. Watchdog now reports the actual cost is expected to be $28.5 billion by 2020. By the end of March, 673,000 Ohioans were enrolled in the Medicaid expansion instead of the 447,000 that were expected by 2020. Starting next year Ohioans will have to find an extra $20 million per month in the state budget to cover the state’s share of Obamacare expansion of Medicaid.

The state even modified the expansion of coverage on Medicaid by putting the newly eligible in private plans. Despite this “private option,” Oelke and Chougule report, over 40 percent of the state is now dependent on Medicaid. The “budget neutral” plan will cost $778 million over the projected cost in just the first three years. Starting next year the state will be responsible for 5 percent of the Medicaid expansion which will be the cause of 60 percent of year-over-year growth in Arkansas’ budget.

In her press release supporting the SAME Act, Baldwin said, “In Wisconsin, Governor Walker has put politics ahead of progress and taken our state in the wrong direction. Instead of accepting a federal investment in our BadgerCare program and expanding Medicaid coverage, he has kicked Wisconsinites off their coverage, created a coverage gap, and exposed Wisconsin taxpayers to higher costs while covering fewer people.”

Baldwin is wrong. According to the Kaiser Foundation, Wisconsin is the only state that refused Medicaid expansion without a coverage gap. Meanwhile, Walker’s plan wiped out the waiting lists for Badger Care that existed under Governor Jim Doyle.

So if Baldwin really wants to help states with affording Obamacare, instead of trying to get them hooked on the “free money,” Baldwin should work with her Republican colleagues to try to kill it. The states can’t afford the free money she’s giving away.