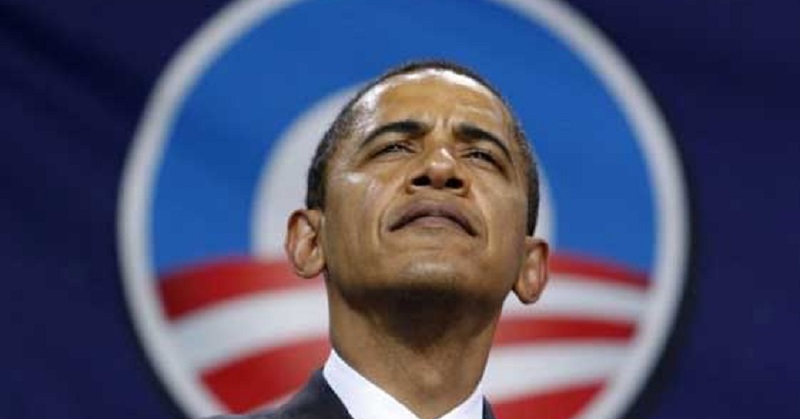 President Barack Obama is coming to Milwaukee on Thursday. While he’s there, Obama can visit the school district that his former Secretary of Education Arne Duncan declared “a national disgrace.” Or perhaps Obama can visit the crime-ridden neighborhoods and hope his presidential limo isn’t carjacked by an alternatively-sentenced non-violent offender. Maybe Obama will explain why Wisconsinites should be happy with a 19 percent increase in energy rates and the loss of 21,000 jobs by 2030 under his Clean Power Plan.

But those aren’t the reasons why the president is coming to visit. Obama is coming to Milwaukee to celebrate the increased number of enrollments in Obamacare. The city actually won a contest, the “Healthy Communities Challenge,” with 38,000 new enrollments. First prize is a visit from the president. (As it’s the president, I’ll resist the urge to say second prize is two visits.)

Unfortunately it will not be like General Douglas MacArthur’s visit in an episode of M.A.S.H. There will even be a speech befitting the occasion.

It’s always worth celebrating when people do what they’re compelled by law to do. It’s especially worth celebrating when the law requiring people to prove that they have health insurance is enforced by that friendliest of government agencies, the Internal Revenue Service. Nothing spells healthy outcomes like the letters I-R-S. Will Lois Lerner be making the trip, too?

Those poor souls who entered the Obamacare exchange to buy health insurance found the insurance pickings a bit poorer than expected. An analysis by the MacIver Institute found that there were 600 fewer plans from which to choose compared to the previous year.

Fewer plans that cost more, actually, as, “premiums, deductibles, and maximum out of pocket increased for bronze plans on average across the state.” The Robert Wood Johnson Foundation said the increase in premiums and deductibles went up by an average of 8.4 percent to 9.2 percent for 2016. Wisconsin’s experience is consistent with national price increases, estimated by a report from McKinsey & Company at a median increase of 10 percent to 13 percent in 2016.

While supporters of Obamacare will certainly point out that federal subsidies will soften the blow for these increases in premiums, subsidies merely transfer the increased costs from the insurance purchaser to the taxpayers.

All of this is a far cry from Obama’s campaign promise that Obamacare would lower insurance premium costs for families by $2,500 per year. We’ll lump that in with the promise, “If you like your health insurance you can keep it.”

Of course, the president’s visit to promote the “success” of Obamacare will again renew the calls for Wisconsin to accept federal money to subsidize expansion of the state’s medicaid program to 133 percent of the federal poverty line. Note that these calls will not acknowledge that the federal money to cover the expansion will still have to come from somewhere, either by increasing the national debt or by higher taxation.

But we’ll hear again how we are not getting our share of free money. Last December it was estimated that the free money would cost federal taxpayers $228.4 million for 2016 and $580.5 million for 2016-17. It is estimated Wisconsin would “save” $1.07 billion if the state accepted Medicaid expansion, but the total increase in government spending would be $2.07 billion by 2021 if Wisconsin expanded Medicaid.

Making matters worse, it’s likely the amount of federal reimbursement for the expansion of Medicaid, already dropping to 90 percent of the cost by 2020, will drop even further as the costs of Obamacare grow and the next president tackles the issue of the national debt.

Perhaps even this late in his second term Obama has decided to learn from Governor Scott Walker how a successful state runs its health insurance program without accepting the Obamacare expansion of Medicare. Under Walker, the state lowered the ceiling for Medicaid to 100 percent of the poverty line but made everyone under the line eligible. Walker also eliminated the waiting lists for the state’s Medicaid program.

As a result, Wisconsin is the only state to reject the federal funds for Medicaid expansion that also eliminated the insurance coverage gap. Instead of going to Milwaukee to congratulate the residents for doing what the law requires, Obama should be flying to Madison to shake the governor’s hand.