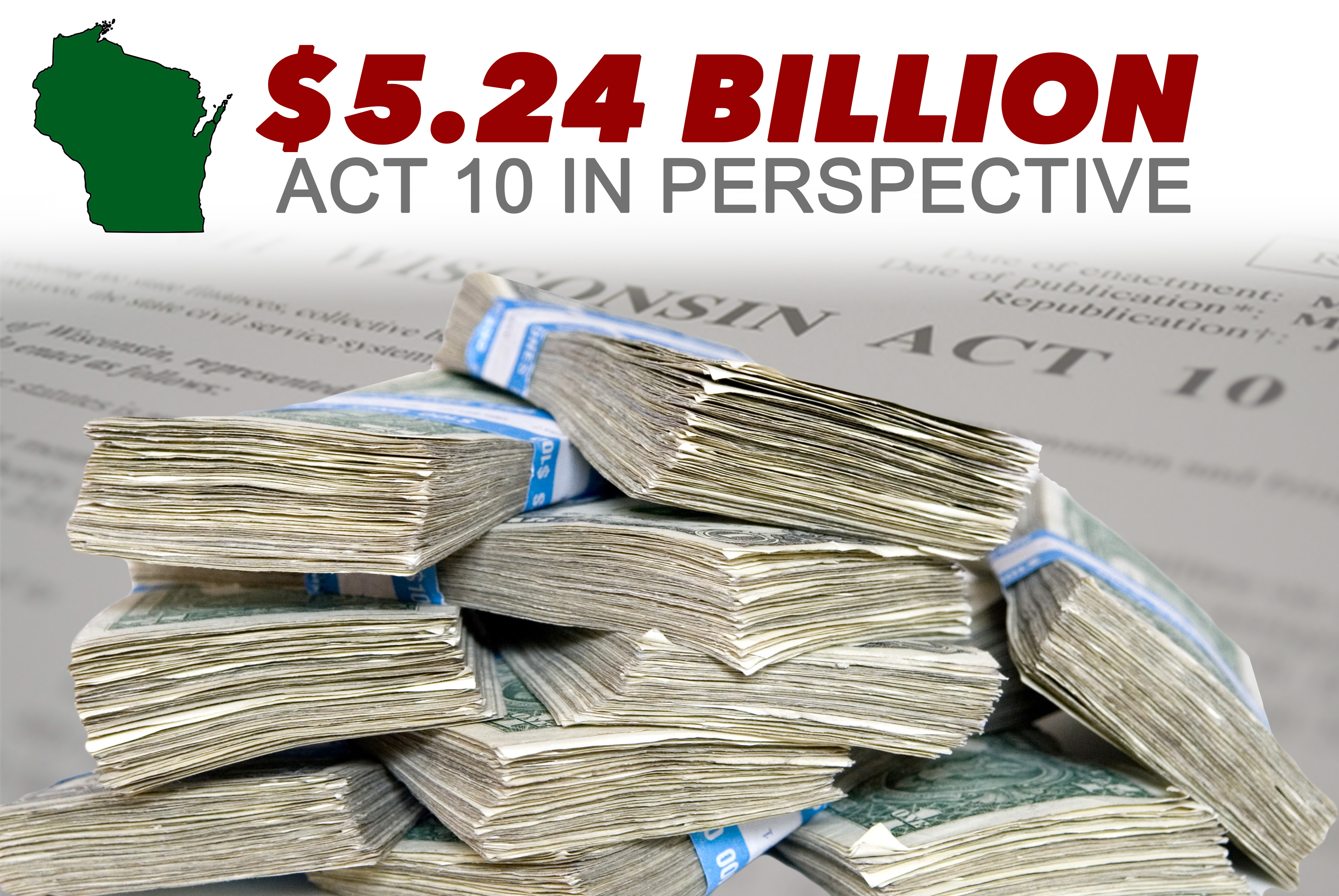 Act 10 has saved Wisconsin taxpayers $5.24 billion in just over five years – but how much is $5 billion?

[Madison, Wisc…] Back in 2011, Governor Scott Walker and the Republican legislature withstood tremendous pressure from Big Labor and its allies to pass collective bargaining reform and Act 10. While the journey to get to here has been a bit bumpy, the taxpayer savings that Wisconsinites have realized from Act 10 have been nothing short of miraculous. Act 10 has resulted in $5.24 billion in savings in just over five years. $5.24 billion is a big number. So miraculous that it can be a bit difficult to actually comprehend how big $5.24 billion is. That’s why MacIver is counting down the top ten ways to visualize Act 10’s savings, starting with number ten:

9. If we laid all $5.24 billion dollar bills end to end, they would get to the moon and back. Or instead, they could wrap around the earth 20 times.


8. If we stacked the bills on top of each other, rather than laying them end to end, they would reach the International Space Station.

7. That’d be like Mt. Everest – the tallest mountain on earth – stacked almost 62 times.

6. Or, if the bills were stacked across Lambeau Field, they’d be almost three and a half feet deep. That’s a lot of bills. They’d really be packed in there.

5. If all the savings from Act 10 were spread flat, they’d cover the area of Lake Mendota AND almost all of Lake Monona. That’s a lot of lake.


4. If you wanted to go on a road trip across the country that just so happened to be lined with dollar bills from the Act 10 savings laid end to end, you’d make the trip between New York City and Los Angeles 183 times.

3. If you went on a shopping spree with the Act 10 savings, spending $20 a second, 24 hours a day, until you ran out of money, you’d be shopping for over eight years. Talk about shop ’til you drop.

2. Or, if you went on a shopping spree but wanted to spend ALL the money in just one year, you’d have to spend nearly $437 million a month…or $163 per second, nonstop, for the entire year.

1. Finally, to put this all in perspective, if you handed over all of the savings from Act 10 to the federal government, based on the rate of spending in the 2015 budget, they would spend it all in 12 hours.