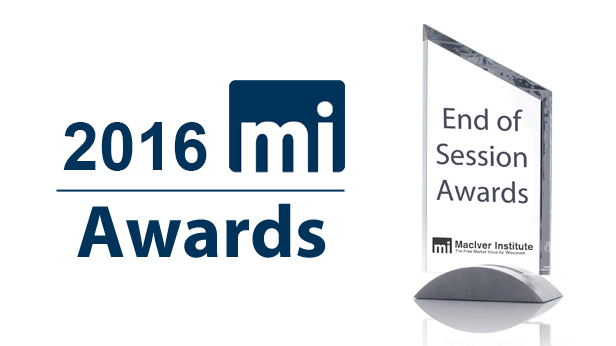 Send us your suggestions for a chance to win books by Ryan, Walker, Stossel, and Moore

Updated
On Monday, we will announce our 2016 MacIver Awards for the end of the legislative session, which recognize both laudable and lamentable accomplishments in Wisconsin government. We’re seeking your suggestions and extended the deadline until after the busy Wisconsin primary.

To make sure your input is heard, send your nominations to info@maciverinstitute.com by the end of business on Thursday, April 7.

You can nominate an elected official, agency employee, organization, group, or other Capitol player for any or all of the following categories:

If you have other topics or nominees, let us know by the close of business tomorrow!

If we use one of your suggestions, you’ll be entered into a drawing to win all the following:

To ensure your name can be included in the drawing, please submit your nominations to info@maciverinstitute.com and include your full name and phone number in the email.