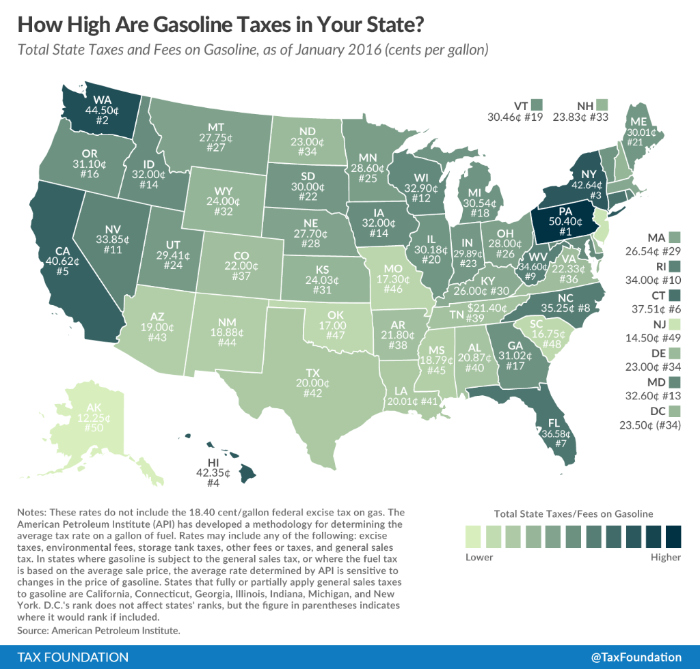 [Madison, Wisc…] Special interests tried to convince the Wisconsin legislature to raise the gas tax to spend more money on major transportation projects and repairing existing roads. One of the key points special interests repeated to legislators was that Wisconsin’s gas tax had not been increased for 10 years and that it was time to increase this tax.

This chart from the Tax Foundation shows how high the gas tax is in every state. Despite the fact that Wisconsin has not increased its gas tax since 2006, we still have the 12th highest gas tax in the country. This raises the question, if Wisconsin’s roads are in such terrible shape and we have one of the highest gas tax rates in the country, how are the other states with a lower tax rate caring for their road systems?

The full article and chart can be found at The Tax Foundation.